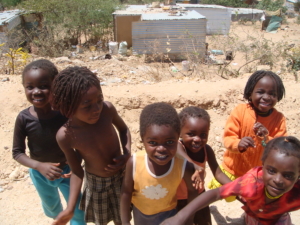 The United States Agency for International Development (USAID) has been working since the 1960s to provide aid to developing countries across the world. Since Namibia’s establishment as a free country in 1990, USAID programs in Nambia have focused on a wide range of developmental factors in the country.

The factors include prevention and treatment for HIV/AIDS and tuberculosis, fundamental access to education, “community-based natural resource management”, “democracy and governance” and establishing employment opportunities and expanding on existing enterprises.

Electricity access is still lacking in parts of southern Africa. In 2020, The World Bank reported that only 56% of Namibians had access to electricity. Namibia is one of 11 nations in the Southern African Energy Program (SAEP), which was launched in 2017. Another country targeted by SAEP is Zambia. In 2021, Namibia imported 100 megawatts (MW) from Zambia according to NamPower, Namibia’s national electric utility provider.

Tuberculosis (TB) is the fourth highest cause of death in Namibia. Around 1,500 people died from TB in 2020 according to the organization Stop TB.

Still, Namibia has had some recent success thanks to USAID treatment programs. New incidences of TB in Namibia were at the lowest rate in over a decade with approximately only 11,700 cases in 2020.  Additionally, treatment programs were largely successful; USAID reports an 87% success rate in new TB cases in 2020. A course of several antibiotics is the routine treatment for TB.

TB ties into a greater health problem in Namibia, human immunodeficiency virus (HIV). According to USAID, 61% of people in Namibia with TB are also HIV positive. In 2020, 1,989 Namibians were diagnosed with both HIV and TB.

In Namibia, USAID and PEPFAR have provided substantial help in the fight against HIV. USAID programs in Namibia geared toward HIV provide counseling, resources and treatment for Namibians with HIV. This includes pregnant women at risk of passing HIV to their children.

USAID’s efforts have paid off. For 20 years, new HIV and AIDS cases have been on the decline. HIV is the virus that, if left untreated, can develop into AIDS. In 1998, new AIDS cases in Namibia were estimated to be at 22,000. In 2020, there were only an estimated 5,500 new AIDS cases according to UNAIDS, the joint program in the United Nations dedicated to fighting HIV/AIDS.

One of the most effective ways to prevent HIV is using condoms during sex. In Namibia, the demand for access to condoms exceeds the supply, which is where USAID comes in. Supplying condoms to Namibians is one prong of the strategy to combat HIV. The most recent update to fighting HIV through USAID programs in Namibia came in early June 2022. USAID donated 6.9 million condoms and 2.6 million bottles of personal lubricant to the country to fight to help prevent the spread of HIV.

USAID programs in Namibia have been actively fighting to improve conditions in the southern African country. Direct efforts from USAID, including energy programs through SAEP, have given access to electricity to thousands of Namibians. Healthcare to treat and prevent diseases like HIV and TB have increased living conditions in Namibia, highlighting the need for programs to help Namibians in the fight against poverty and disease.