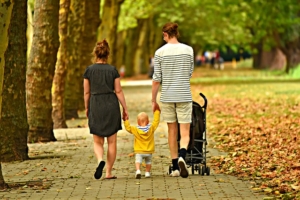 Healthcare reform in Georgia has contributed greatly to its population’s quality of life. Located east of the Black Sea in Europe, the country of Georgia finally gained independence in 1991 from the Soviet Union. In recent centuries, Turkey, Persia and Russia fought over control of its land, and the region still experiences tensions with Russia. The United States’ political and economic involvement with Georgia was a cause of concern to Russia, especially given Georgia’s interest in joining NATO and the EU. The Georgian- and Russian-speaking country has a population of 4.3 million, with a life expectancy of 71 for males and 77 for females.

After making the transition from a communist regime to a market economy, healthcare in Georgia was primarily privately financed. By the year 2002, healthcare spending per capita was $64. Over the period from 2002 to 2013, that figure saw an increase to $350. The country has been alleviating regulations ever since 2003, easing private companies’ entry into the market.

Recently there have been further reforms, such as the government supporting private insurers to invest and operate in 2010. This led to the private ownership of 84.3% of hospital beds by the end of 2014. Additionally, private insurers generated 43.2% of written premiums that same year.

Ever since its independence, Georgia has been one of the poorer countries of the region, its population subject to mainly noncommunicable diseases. However, the country’s standards have been slowly catching up to the rest of Europe. For example, the poverty rate went from 33.2% in 2005 to 21.3% in 2016.

One issue with healthcare in Georgia, and with the general health of the population, has been the flawed death reporting system. This system has led to an exaggerated rate of illness-induced deaths. It reached 55% in 2010, even though research suggests that a rate higher than 20% should be considered unreliable. While the rate remains high and unreliable, the country made tremendous progress after improving software systems, resulting in a rate of 27.3% in 2015.

Healthcare in Georgia took a big leap in 2013, when the government introduced a universal healthcare system for which the entire population qualified. Healthcare reform in Georgia downsized the role of private insurers and changed the system’s entire financing and funding structure. Instead of supporting private companies, government funds were allocated directly to the healthcare providers. The vast majority – 96.4% – of patients reported satisfaction with the system.

One of the main diseases affecting the country during this century is Hepatitis C. According to the CDC and the NCDC, “in 2015, estimated national seroprevalence of hepatitis C is 7.7% and the prevalence of active disease is 5.4%.” Healthcare reform in Georgia sought to combat the disease through a national program initiated in 2015. This program electronically improved screening and data collection from national and local agencies. From 2015 until 2017, the cure rate reached 98.2% and 38,506 patients were treated.

Healthcare in Georgia has undergone many reforms since 2003. It began with the support of privatization, but eventually the government transitioned to a single-payer universal healthcare system that serves approximately 90% of citizens. The current system also took measures to address the effects of the Hepatitis C disease. Even though the country still lags behind other European countries in poverty and health standards, recent years have seen significant progress.