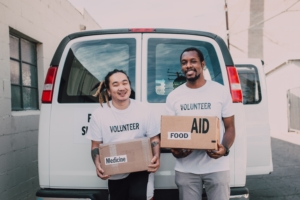 Many positive outcomes occur when international aid strengthens. Throughout history, there have been substantial global benefits when the U.S. focused on international support. In the past and present, U.S. foreign aid has brought positive effects.

Due to this aid, the countries of western Europe are now some of the U.S.’ strongest allies and trading partners. These partners include but are not limited to France, England and Germany. By helping countries in need and investing money into international aid, these countries invest back in the U.S. This has positively impacted the U.S. economy and its global reputation. Those countries now see the U.S. as an ally, not an isolationist state.

The U.S. helped to reduce food insecurity and poverty globally by championing the Green Revolution, a 1940s revolution of agricultural techniques started by Norman Borlaug in Mexico. Due to the successes in Mexico’s agricultural sector, countries worldwide began using these Green Revolution techniques in the next two decades. Initially, Borlaug developed resilient and high-yielding varieties of wheat to increase agricultural yields. Later, Borlaug developed high-yielding varieties of rice.

To expand Green Revolution techniques to the rest of the world, the Ford Foundation, the Rockefeller Foundation and other government agencies decided to fund further research. In 1963, through this financial support, Mexico established a research center called The International Maize and Wheat Improvement Center.

Nations across the globe reaped the benefits of Borlaug’s and the research institution’s efforts. The U.S. Agency for International Development stood as a driving force in expanding the Green Revolution globally, “producing history’s most dramatic increase in food production through the development of high-yielding cereal varieties.” USAID was key in launching the Green Revolution, a term former USAID Administrator William Gaud coined in 1968.

During the middle of the 1960s, Asia noted high rates of famine and malnutrition, especially in countries like India. Higher yielding wheat and rice varieties led to poverty reduction and economic growth. In Asia, real per capita incomes increased by nearly 50% between 1970 and 1995, and poverty reduced from “nearly three out of every five Asians in 1975 to less than one in three by 1995.” In India, the rural poverty rate was as much as 65% before the mid-1960s, but by 1993, it had reduced to about 33%.

Possibilities for the Future of Ukraine

The U.S. can invest more in international aid and foreign affairs. Although the U.S. is the world’s wealthiest country, foreign aid was less than 1% of its budget in 2019. Ukraine and other countries impacted by the Russia-Ukraine war received a $40 billion aid package from the U.S. in May 2022. Yet, the U.S. allocated nearly half for military aid and just $16 billion for humanitarian and government assistance.

Looking to the Past

Past and present examples show the positive effects of U.S. foreign aid. The Marshall Plan shows how the U.S. gained long-term allies, and the Green Revolution highlights how U.S. foreign aid decreased world poverty. The Russia-Ukraine war is a current conflict in which the U.S. can allocate more foreign aid with the assurance of past proven success.