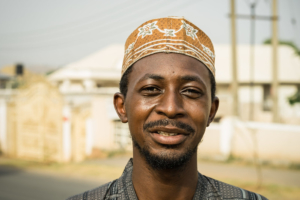 Amid the COVID pandemic, the war in Ukraine, changes in climate and terrorism, many countries in Africa are facing spikes in food insecurity and malnutrition. According to World Vision, in 2020, 282 million people faced malnutrition in Africa, equating to 46 million more malnourished people compared to 2019. In 2021, 33.8 million face acute food insecurity in East Africa. The World Food Programme (WFP) is working to help these individuals establish food security, especially those who are refugees and other displaced individuals.

United States policymakers and USAID are also working to support WFP in addressing food insecurity. On June 14, 2022, the U.S. announced funding assistance of $29.5 million to “support WFP’s humanitarian food assistance to 940,000 people affected by insecurity, conflict and natural disasters in northern Mozambique” and efficient “registration of displaced populations jointly with the Government of Mozambique and partners.” By establishing long-term solutions to poverty and malnutrition in refugee camps and providing emergency aid to host families of displaced people, the United States and WFP can strengthen food security throughout Africa.

The effects of the pandemic and the blockage of grain exports from Ukraine to other countries are triggering a food crisis across the globe, mostly impacting vulnerable countries dependent on these exports. Dealing with one or more barriers to food access will increase poverty and malnutrition. These combinations of issues harshly impact host countries and people living in refugee camps.

The U.S. is the leading WFP donor worldwide and contributed $3.7 billion in 2021. The United States Under Secretary of State for Political Affairs, Victoria Nuland visited WFP in Mozambique on June 14, 2022, to allocate aid for specific issues impacting Mozambique that exacerbate food insecurity in the nation. WFP Country Director Antonella D’Aprile said, “With so many overlapping crises around the world, the contribution of $29.5 million from the United States to the people of Mozambique is praiseworthy.”

The World Food Programme (WFP) is able to assist through a network of resources that commit to addressing global hunger and aiding refugees. WFP is helping Kenya’s Kalobeyei refugee settlement by establishing farming systems to help those escaping violence in Burundi. The organization and partners “established rainwater harvesting ponds, built greenhouse-like structures and modern markets” to accelerate the area’s farming potential. The organization also developed “five irrigation water pans with a combined capacity of 265,000 cubic meters” to help farmers irrigate crops during times of drought.

WFP is grappling with the consequences of poor harvests, the COVID-19 pandemic and food shortages stemming from the war in Ukraine. Refugees from various regions of Africa are able to find WFP projects that can help them improve their quality of life and secure a better future.

Displaced people in different countries have the help of a range of conflict-specific aid to combat food insecurity and fight hunger in populations that are depending on programs that can provide stability amid multiple barriers. The United States and WFP are making this life-saving aid a priority, especially as new conflict arises.