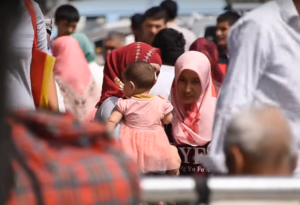 Beginning along the famed Silk Road’s winding trails, the story of being Uighur in the Xinjiang territory in China is one of lost prosperity and an eternal struggle against the oppression from outside forces.

At the height of the Karahanid Kingdom in 934 A.D., the Uighur were a prosperous people. Their cities were epicenters of philosophical and scientific thought, and the capital city Kashgar was a bastion of Islam. This all ended with the invasion of the Manchu Empire and the eventual takeover of the Chinese Nationalists in 1911.

Xinjiang has since been designated as an autonomous region within China. Despite this, the Chinese government has implemented numerous policies in hopes of assimilating the Uighur people and crushing separatist movements. The Uighurs have now become a minority in Xinjiang as the Han Chinese have become the majority in the region’s urban areas. The Xinjiang have been abetted by government incentives, while the Uighurs have been largely confined to poor rural areas. The wealthy and influential capital city Urumqi is now approximately 75% Han Chinese.

Uighurs in Xinjiang have had their land redistributed to the Han migrants, leaving not enough farming land behind to make a living. According to Reuters, the Uighur people face discriminatory hiring practices with many businesses displaying signs banning them from applying for jobs. This marginalization along with growing poverty among the Uighur people has spurred increased resentment towards Beijing and the ruling Communist Party. In 2001, the Chinese government used 9/11 and the resulting American War on Terror to repress the Uighurs’ desire for independence and begin intense surveillance and military operations.

According to Human Rights Watch, Beijing requires officers in the region to use what is called the Integrated Joint Operations Platform (IJOP) as part of the Strike Hard Campaign to track the movements of the Uighurs and other ethnic minorities. The IJOP operating system and app, created by state-owned contractors, is used to aggregate data and flag the location of those deemed potentially threatening. The app tracks the movement of phones and vehicles, alerting officials to what are considered suspiciously long trips. The IJOP app also prompts officials to keep the biometric data of every person, including fingerprints, DNA, and blood type.

The IJOP has become a key component in the next stage in Beijing’s ploy for control, particularly with the implementation of so-called “reeducation camps.” Such camps were created by the Regulations on De-extremification in March 2017, specifically designed to convert Uighurs and other predominantly Muslim minorities to the ideological beliefs of the Communist Party. All forms of traditional religious clothing, literature, and practice are considered extremist and cause for internment in the camps under the regulation. Any form of travel is reason enough for being labeled suspicious and possibly being sent to the camps. People of all ages, male and female, are at risk. Security checks and invasive checks have become part of everyday life in Xinjiang, making it impossible to escape suspicion.

Inside the re-education camps, detainees are forced to learn about the teachings and ideologies of the Communist Party. According to those who have been detained, individuals who fail to comply are punished severely. The penalties range from verbal abuse to food deprivation, solitary confinement, beatings, and the use of restraints and stress positions. Deaths inside the camps have been reported but there is no way to verify how many people have died and the circumstances concerning their deaths. The number of detainees also remains unknown. Estimates are in the hundreds of thousands, possibly nearing one million.

In the United Nations Committee on the Elimination of Racial Discrimination’s (CERD) periodic report on China, the committee stated its concern that the poverty rates among ethnic minorities in Xinjiang remain high. CERD also stated its deep concern about “numerous reports of detention of large numbers of ethnic Uighurs and other Muslim minorities . . . without being charged or tried.” CERD urged China to halt the unlawful detention of individuals and immediately release those who have been detained.

U.N. human rights chief Michelle Bachelet is currently seeking access to China to review these reports. However, Chinese officials claim the happiest Muslims in the world live in Xinjiang, as well as assert that “hostile Western forces” are simply misrepresenting and vilifying what is occurring in Xinjiang. The United States is preparing to enact a new round of sanctions against China over this mass imprisonment of Uighurs and other Muslim minorities. According to the Uyghur Humans Rights Project, these sanctions were previously halted due to trade negotiations with China during the G20 summit but have since been approved by all respective parties within the U.S. government.

Though the current situation for the Uighur people of Xinjiang remains dire, through diplomatic action by the U.N., the United States, and its allies are bringing awareness to the issue. Such dedication by international intervention has presented continued hope. Such hope is for a future where being Uighur in Xinjiang will cease to be a story of systematic oppression and instead will become a story of perseverance through great odds. 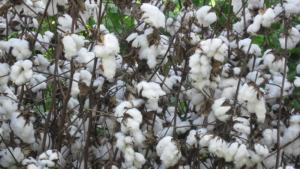