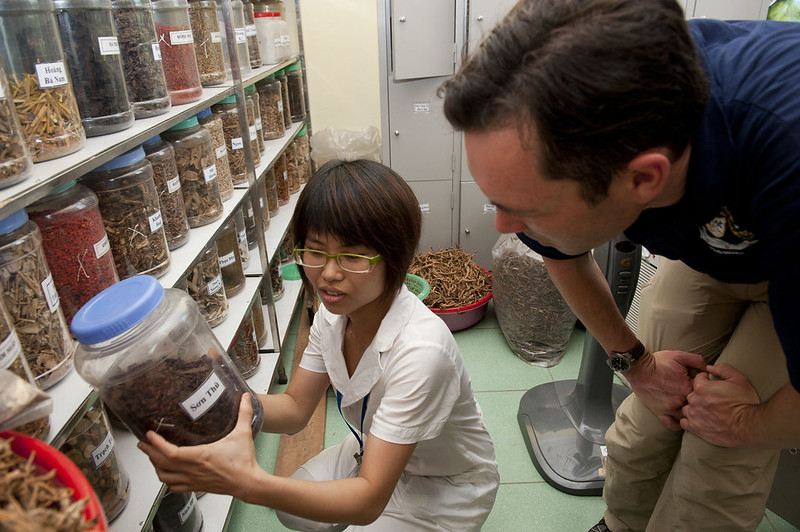 In the fourth century BCE, China became the primary ruler of a northern section of Vietnam. Before this period, northern Vietnam and southern China shared multiple ethnic groups, many of which held traditional healing beliefs. As a result, traditional forms of medicine in Vietnam are very similar to those in China. Shared herbal medicine practices and theoretical frameworks continued to spread when China began its 1,000-year occupation of Vietnam, in 111 BCE. During this time, Vietnam’s medicinal use of plants and China’s theoretical framework around traditional healing merged to create an alternative form of medicine that persists today in healthcare in Vietnam.

Traditional Medicine in the East

Alternative, or traditional, medicine is often overlooked in Western contexts and seen as less effective or taboo. This is because of medical hegemony, or “the dominance of the biomedical model [and] the active suppression of alternatives,” as defined by the International Journal of Complementary & Alternative Medicine. Medical hegemony indicates an underlying power dynamic between the East and the West. While many people in the West believe that Western medicine is best, many others around the world believe that traditional medicine is legitimate. People in Vietnam, China and other countries have used traditional medicine for over 4,000 years. It actually inspired the growth of Western practices, though its treatment methods are now entirely distinct from biomedicine.

However, when a person is unable to pay for either public or private insurance, they are still able to access traditional forms of medicine. In Hanoi, a major city in Vietnam, there is a full street of vendors that sell traditional medicinal herbs. These vendors can even help to fill prescriptions from hospitals at a reduced price, making traditional medicine more accessible to the public.

The accessibility of traditional medicine with and without health insurance fills gaps in healthcare in Vietnam, making the population healthier overall. In addition, the Vietnamese prioritize preventative medicine because the population is familiar with traditional health values. With ready access to health resources, along with a generalized understanding of the values of self-care, healthcare in Vietnam excels.