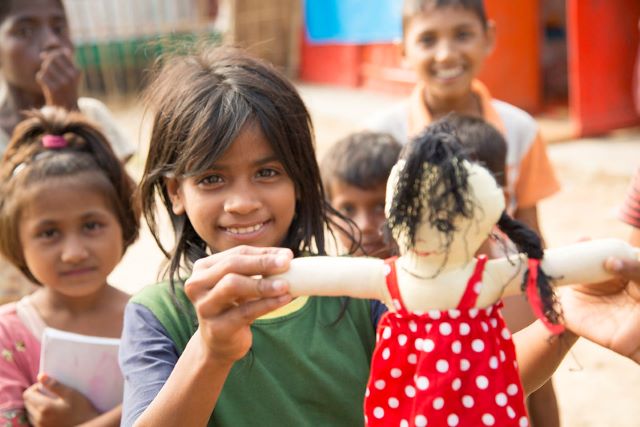 Sesame Street is developing two Rohingya muppets to help refugee children overcome trauma. Sesame Street aims to address the effects of poverty by fostering access to education. Poverty affects all aspects of life. Children who live in poverty suffer from many physical, intellectual and emotional complications. Child stunting, for example, is a result of nutrient-deficient diets, repeated infection and a lack of psychosocial stimulation in the first years of a child’s life. This has dire long-term outcomes for children, including impaired intellectual development. Sesame Street’s Rohingya muppets aim to improve the intellectual development of Rohingya children, which directly affects education, and in turn, poverty.

Stunting and Malnutrition in Rohingya Children

The Rohingya people are a stateless Muslim minority group who have lived in a state of flux, between Myanmar and Bangladesh, since they were forced to flee Myanmar. They were violently persecuted by the Myanmar military, an instance of ethnic cleansing. Close to 800,000 Rohingya refugees have escaped to Bangladesh. It is common for refugees to live in refugee camps within Bangladesh.

Additionally, the rate of acute malnutrition dropped from close to 20% to nearly 10%. Childhood deaths declined. The rate of diarrhea, caused in some instances by dehydration or bacterial infection, also declined. Nonetheless, these rates remain too high to relieve concerns and the situation is still described as dire.

Malnutrition affects a child’s developing brain, impacting education and reducing the ability of a person to lift themselves out of poverty.

The majority of humanitarian funding is deployed to address acute effects of poverty like stunting and malnutrition. Sesame Street aims to address the effects of poverty by focusing on education and intellectual development. Sherrie Westin is the president of social impact for Sesame Workshop and she identified that “less than 3% of all aid is used for education.”

Westin cited scientific research as the basis for her concern. Similar to the way inadequate dietary nutrition and disease lead to physical stunting, stress and trauma stunt brain development. Sesame Street aims to address the effects of poverty by providing emotional and intellectual support to Rohingya children who have endured trauma.

In Bangladesh, Sesame Street partnered with BRAC. BRAC’s Humanitarian Play Labs are designed to help children learn through play and recover from emotional trauma in the process. BRAC designs its play labs to resemble settings that are familiar to the children it works with. In Bangladesh, this means that Rohingya children are surrounded by “motifs and paintings significant to Rohingya culture.”

Sesame Street’s Rohingya muppets reflect an integral part of BRAC’s approach. Children relate best to characters that they can identify with and they flourish in settings that are familiar and comfortable. BRAC’s success speaks for itself. Close to 90% of the kids that BRAC works with complete the fifth grade of schooling. 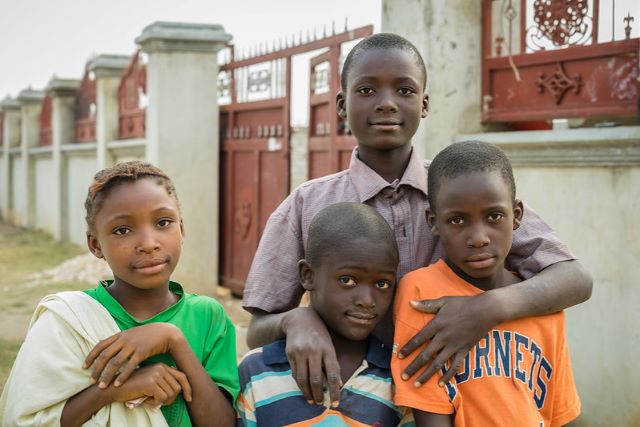 Northern parts of Nigeria have become the epicenter of brutal and violent attacks carried about by the notorious militant ISIS group, Boko Haram. Many victims are left with painfully traumatic memories that develop into post-traumatic stress disorder (PTSD). Functioning normally is impossible for those affected by PTSD and northeast Nigeria only has a single mental health institute. Nonprofits advocating for mental health in northern Nigeria have taken to Twitter and other forms of social media to provide guidance and healing to help bridge the gap.

The treatment of mental illness and the ability to treat different disorders varies from country to country. In Nigeria, three of every 10 people suffer from mental illness. Constant disruptive violence weighs heavily on the psyche and with northern Nigeria becoming known as “Boko Haram’s Den” it is not surprising that a single facility cannot handle the number of people in need. Out of every 100,000 people, 17 of them commit suicide in Nigeria, ranking the country seventh in Africa for suicide.

Founded in 2017, the NEEM Foundation’s primary focus is to pave the road for mental health in Nigeria to improve, with free treatments primarily centering on victims of Boko Haram.

NEEM’s plan of action has been to send counselors and psychiatrists out on small motorized bikes to aid families affected by the terrorist group. These volunteers are also sent to families and individuals who escaped the group after being forced to join. The people that are lucky enough to escape from forced involvement submerge back into society without mental health check-ins or assessments, making them a possible danger to themselves or others. Mental health in Nigeria as a whole is not given enough funding to offer these services, despite the severity.

Last year alone, NEEM and its team of experts were able to provide care for 7,000 patients. Its work is primarily focused on children suffering from trauma due to the terrorist group, by setting up group therapy sessions for children and youth to attend. To boost available counselors, NEEM founded a nine-month training program in Maiduguri where college graduates of science or lay counselors are trained to become child psychologists. Adding more trained counselors and psychologists furthers NEEM’s reach and ability to give the mental healthcare needed by victims in Nigeria.

In total, the country of Nigeria only has eight mental health facilities, leaving a lot of ground to be covered by nonprofits like NEEM. The organization Mentally Aware Nigeria Initiative (MANI) is using WhatsApp and Twitter in order to reach as many Nigerians in crises as possible and provide free mental health first aid.

Mental health in northern Nigeria is a problem that grows with its population of victims and refugees. By using free social media platforms in lieu of physical counseling, organizations are able to extend their reach to those in need. 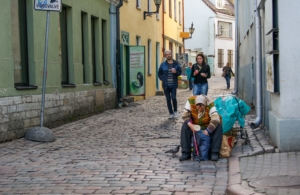 Commonly associated with combat veterans, Post-traumatic stress disorder (PTSD) impacts more of the global population than maybe expected. Recent studies have found a link between poverty and PTSD that reveals that socioeconomic status contributes to the majority of anxiety disorders.

How Poverty Contributes to PTSD

Mental disorders manifest in distinct ways for many people. However, the common underlying origin of Post-traumatic stress syndrome (PTSD) remains a terrifying or traumatic life event. Living in poverty often means surviving daily in vulnerable conditions, and with financial instability that limits access to necessities such as food, shelter and water. The inability to pay for expenses starts to become emotionally and mentally taxing. Poverty acts as a traumatic experience in many people’s lives and even after graduating in class status, difficulty persists to enjoy day to day life.

Symptoms of PTSD can appear within months of the traumatic event and include:

Some people with PTSD may exhibit all these symptoms, while others exhibit just a few. The severity of PTSD also varies from person to person. PTSD can be broken down into subtypes such as:

Research estimates that 284 million people globally suffer from anxiety disorders such as PTSD. About 63 percent of people that suffer from anxiety disorders are women. In addition, women living in poverty tend to face PTSD at higher levels than any other group within the general population. The relationship between poverty and PTSD embodies that of the domino effect. Poor women’s PTSD symptoms often worsen due to the fact that living in impoverished neighborhoods risk ongoing exposure to triggers of the traumatic incident. A study undertaken by the Social Cognitive Theory also reveals that most of the women living in poverty with PTSD share a history of domestic violence and lack social support.

It can feel nearly impossible to live a normal life with PTSD. Luckily, effective treatments exist that minimize the symptoms of the disorder. One of the best treatments for PTSD is Psychotherapy. Psychotherapy allows PTSD victims to talk about their cognitive behavioral process to a mental health professional to reduce and change reactions to triggers. Another important tool for managing PTSD is having a strong support system. The help of friends and family means everything during a mental health crisis. A support system of others that have suffered from PTSD also helps signify that a person is not alone in the experiences of the mental disorder. There are also organizations such as the PTSD Alliance, who work to educate and empower people with PTSD psychologically, economically and emotionally to thrive beyond environmental barriers. The organization currently has five international partners that provide programs to help improve the lives of those living in poverty with PTSD.

Overall, poverty and PTSD remain two prominent issues impacting people on a global scale. The connection between poverty and PTSD only further emphasizes that the more work that is done to reduce global poverty also diminishes the mental health crisis.