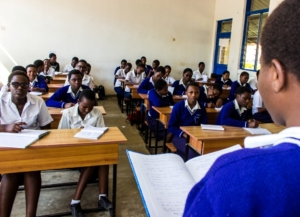 Rwanda has come far from its genocidal war that split the country apart decades ago. The country has taken a step away from this bloody past and is looking towards the future by improving its education system. Rwanda still has massive hurdles like the transition from traditional learning ideas to the implementation of modern and more progressive ideas involving technology and curriculum. This article will go over exactly what Rwanda has done through 6 facts about education in Rwanda.

6 Facts about Education in Rwanda

Despite having a bloody history, Rwanda is clearly taking steps to make sure that its education system can plant the seeds for the country’s future. The country is making sure that its education system is putting money to proper use to improve the learning of its younger populace, through the use of technology and the efficiency of its various leveled programs. This has all become clear to us through these 6 facts about education in Rwanda.