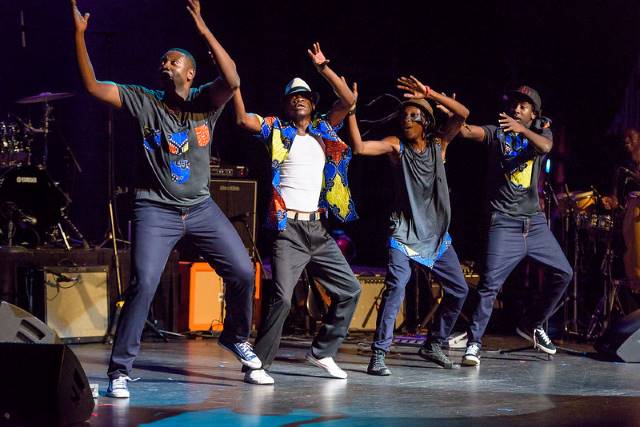 The theater is an art form that cultures all across the world partake in. In addition to being enjoyable for many people, exposure to the theater is beneficial. A study conducted by the University of Pennsylvania on impoverished residents of New York City found that residents had better long-term outcomes in areas such as “education, security and health” with greater accessibility to cultural resources. Additionally, theater helps people develop emotionally by cultivating empathy, a humanitarian characteristic essential for molding a generation willing to help others living in poverty. A common aspect of poverty is the lack of opportunities available to people. Improving theater accessibility for impoverished people is one way to provide people in poverty with more opportunities.

Thanks to the efforts of these three organizations, theater accessibility is improving for disadvantaged people. Importantly, the arts contribute to social well-being while providing valuable opportunities to help vulnerable people rise out of poverty.

What is the International Theatre Project?

The International Theatre Project began as a test to see how new programs would impact students. In 2005, two professionals experienced in theater arts, Stephen DiMenna and Marianna Houston, decided to conduct their project in Tanzania with 21 pupils. DiMenna and Houston had the students write a play in English and perform the piece for their community. The play reflected the students’ aspirations for the future. Producing the piece had a profound impact on the students. The 21 pupils who worked on the project tended to score higher on English exams than their peers. Seeing the positive impact of theater on young students, DiMenna and Houston returned the following year, thereby founding the International Theatre Project.

Since then, the International Theatre Project has held programs in Ethiopia, Indonesia, Rwanda, South Africa and India. The students who participate in the programs often lack opportunities in education, and poverty presents even more barriers. According to the International Theatre company, 90% of their students continue their education into college, 80% of students have job opportunities after graduating high school, 100% score higher on their English exams and 100% are inspired to educate others in their communities. The company’s most recent accomplishment is having students perform their original piece in Cape Town, South Africa. A former ITP alumnus, Calvin from Tanzania, states how his experience with ITP, “…gave me the confidence to be more than I think I can be. I can deliver and I never knew that before.”

Since its founding, the International Theatre Company has developed several unique programs. For instance, Rising Voices is a program specifically for teaching theater in Africa. Students in this program have the opportunity to write and perform their own pieces. If a student has been with the program for more than four years, they can participate in Leading Acts, where they become mentors for other students. The International Theatre Project also has two opportunities based in New York. Open Doors is a program where recent immigrants can develop the skills necessary to adjust to a new way of life. Alternatively, the Stefan Nowicki Camp Treetops Scholarship Program provides two ITP students from South Africa or Rwanda to participate in a seven-week summer camp held in upstate New York. All four of these programs create ways for children to learn theater as well as develop their leadership skills.

Why Theater Education is Beneficial

Theater emphasizes freedom of expression, and through that expression, one can benefit immensely.  According to a psychological study written by Sydney Walker, there are many advantages students gain by participating in theater. For one, students improve their self-esteem through participation and self-expression. When interacting with others in the theater, students can connect on a deeper level and create an outlet for their emotions. Theatre also allows students to identify conflicts and create resolutions.

Teaching theater in Africa presents students with a new way to learn and participate in their communities. Furthermore, it allows students to create relationships with one another and communicate their own emotions. Organizations like the International Theatre Project create ways for theater to be shared and taught to anyone, regardless of their circumstances.