Archive for category: The G5 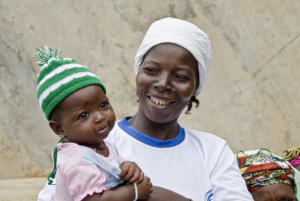 The Sahel region of Africa is south of the dry Sahara and north of the humid Sudanian savanna. This tropical, semiarid zone consists of a band of 10 countries and spans 5,900 kilometers from the Atlantic Ocean to the Red Sea. People living in this region have suffered instability and unrest due to issues such as terrorism, climate change and food insecurity. Moreover, COVID-19 has only intensified these problems. Here are five facts to know about the crisis in the Sahel:

5 Facts About the Crisis in the Sahel

A Global Commitment to Change

Due to the displacement crisis in the Sahel, 24 million people — with half of those being children — urgently need access to essential health services. According to OCHA, $2.8 billion would effectively provide aid to these impoverished individuals in the Sahel. An extra $638 million would adequately mitigate the impacts of COVID-19 in the region. The $2.8 million investment would help increase employment and political stability. Furthermore, it would assist refugees and implement new and ongoing programs in the Sahel.

France and the G5 (the five Sahel countries: Burkina Faso, Mali, Mauritania, Niger and Chad) held a meeting to acknowledge the crisis. The main issues being, instability and terrorist threats pervading the Sahel. The participants committed to a strategy that focuses on combating terrorism and creating sustainable change through institutional reform.

The Sahel is the most impoverished region globally and faces challenges from persistent threats. Additionally, COVID-19 threatens to exacerbate previous issues and is estimated to forcibly displace 1 million people across the Sahel region. One surefire way that the Sahel will steadily improve is through support from the U.S. and other nations to fund programs for more effective governance, healthcare and education.