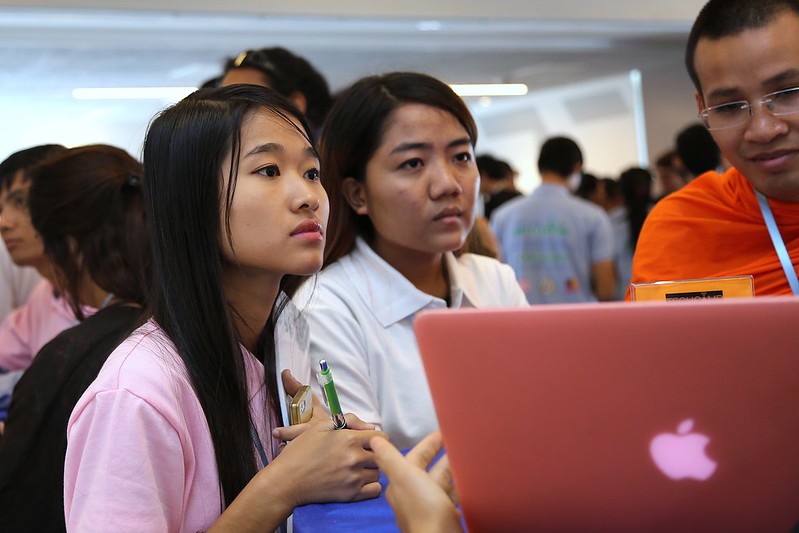 In 1916, Thai monarch King Vajiravudh established the first formal university in the nation. Named Chulalongkorn University after the king’s father, the institution’s founding, along with the royal family’s surrounding emphasis on higher education in Thailand, represented the high value that the Thai monarchy has historically placed on higher education.

Overview of the Higher Education System

Unfortunately, the widespread use of this “meritocratic system” of the entrance to universities “favors those of higher socioeconomic background from the best secondary schools” over students from more rural and impoverished backgrounds as rural students are not as likely to take or pass the exam.

Just as unfortunate, in recent decades, enrollment in Thai universities has declined as the demand for university education has dropped off due to reasons “such as the decline of the Thai birth rate and international competition.” Decreased enrollment is now a critical issue that higher education in Thailand faces. For example, in 2015, the number of students who participated in entrance exams stood at around 105,000 while the entrance system had the capacity to annually admit 156,000 students.

The Reason This Matters

On the surface, this may not seem like a pressing problem. However, unfortunately, the declining enrollment is an indication of something far more serious: the rapid aging of the Thai population.

In the year 1970, the Thai government introduced the National Family Planning Program, which, combined with the rising education levels in Thailand, caused a decrease in fertility rates. By 2014, Thailand’s declining fertility rate was falling the fastest out of all the world’s developing nations.

The number of college-age citizens is decreasing and will continue to do so. According to the World Bank Group, “By 2040, it is projected that 17 million Thais will be 65 years or older – more than a quarter of the population.”

The consequences are that higher education in Thailand is now at risk. Universities might have to start downsizing programs or even close their doors permanently. Additionally, this is a challenge for Thai education as the nation is struggling to improve the quality of its colleges. Thailand does not have any highly ranked universities in the international world of higher education and this may be causing the best and brightest students to seek their diplomas elsewhere.

There is a concern that Thailand will not be able to cope with its changing labor market. Recent economic trends show that Thailand is in need of workers with technical or vocational training, and in light of the aging population, this area requires attention.

Fortunately, efforts are underway to reallocate resources, ensuring that the nation prioritizes the most practical programs. Some universities are becoming vocational training institutes and others are simply putting a larger emphasis on technical education.

In September 2021, the Association of Private Higher Education Institutions of Thailand (APHEIT) and Oracle Thailand partnered to increase access to computer science training for students in Thailand. The initiative will involve 39 universities from APHEIT and will help students “succeed in the new digital era” through hands-on practical training. These skills will open up more job opportunities relevant to today.

Higher education in Thailand has a unique challenge ahead of it, but fortunately, there are always innovative ways to increase the future efficiency of a workforce and the education system provides an opportune starting point. 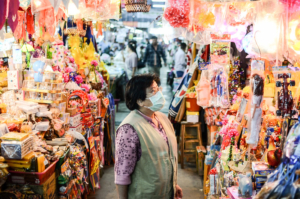 Since February 2020, protests in Thailand have been underway calling for a restructuring of the Thai monarchy and demanding that King Maha Vajiralongkorn relinquish his assets to the people. Thailand performs well in many areas that are criteria for consideration as a developed country, including the enrollment of school-aged children and access to water and sanitation. However, the nation suffers from a severe discrepancy in income distribution. Now, four years after the King has taken the throne, the Thai people are calling attention to the country’s struggles with inequality and poverty.

The Many and the Few

With the COVID-19 pandemic bringing the world’s economy to a screeching halt, including shutdowns and travel bans, Thailand’s tourism industry crashed. Since then, poverty has skyrocketed. Meanwhile, Thailand’s high society can do most anything inconsequentially – the monarchy more than anyone else.

Most of Thailand’s elite are highly educated citizens living in the capital city, Bangkok. With Thailand’s long and frequent history of coups, there is widespread distrust surrounding politics and the government. However, the elite has historically leveraged its wealth to preserve its own interests, disregarding the needs of the majority.

Two student groups galvanized anti-governmental support that spurred the 2020 protests in Thailand. The protestors, most of them young, called for change and openly criticized the monarchy. This cry for reform mobilized tens of thousands of protestors to rally in support of the demands made against the crown.

Among the demands made, which included legal equality for all and the un-dissolution of the Future Forward Party, the people also criticized the monarchy’s handling of the pandemic. Despite Thailand’s success in stanching outbreaks of new infections, subsequent economic devastation plunged middle-class and poor populations deeper into poverty. This undid much of the progress that Thailand’s poverty-mitigating measures made in the past few decades.

Thailand garnered most of its existing fortune during the 20th century through real-estate holdings, maintaining an estimated 40,000 rental contracts. All of this adds up to over 16,210 acres of land across Thailand.

In 1948, Thailand began declaring its assets the property of the Thai people. The Crown Property Bureau (CPB) managed these assets for the next 70 years. However, in 2018, Thailand’s courts then declared these assets to be directly under the control of the King. The protests in Thailand stem from the skepticism of this approach. King Vajiralongkorn, who has ruled since 2016, has been deeply unpopular and controversial throughout his reign. He succeeded his father, King Bhumibol Adulyadej, who many saw as a man of the people. Thailand’s current struggle with poverty, and the monarchy’s inability to alleviate the situation, has exacerbated the contrast between the two kings. Poverty and the pandemic have called citizens’ attention to the role that the monarchy plays in Thailand’s economy and thus the role it plays in the struggles of the people.

The protests in Thailand have called attention to what many NGOs have been working toward alleviating for many years. Since 2001, Give2Asia, a San Francisco-based NGO that works in 23 countries, has helped 2,500 charities attain more than $342 million in grants to carry out their missions. The organization focuses on empowering individuals and teaching vocational skills to women and children.

In Thailand, Give2Asia is partnering with several organizations and foundations to provide medical supplies in response to the pandemic. The country’s handling of the pandemic is a major grievance that the 2020 protests in Thailand are attempting to highlight.

Give2Asia and its partner groups also circulate information regarding the prevention and control of COVID-19 in the most vulnerable populations. They do this by distributing information in an easy-to-understand format and by providing care kits for elderly, orphaned and disabled people. Raks Thai, while furthering Give2Asia’s initiatives in empowering women, also offers support for migrant workers and their families by offering vocational training workshops and supplementing income.

Efforts like those above call attention to the protests in Thailand and the challenges the nation will face moving forward. Hopefully, through continued efforts, Thailand will be able to reach a higher level of equality in the future.