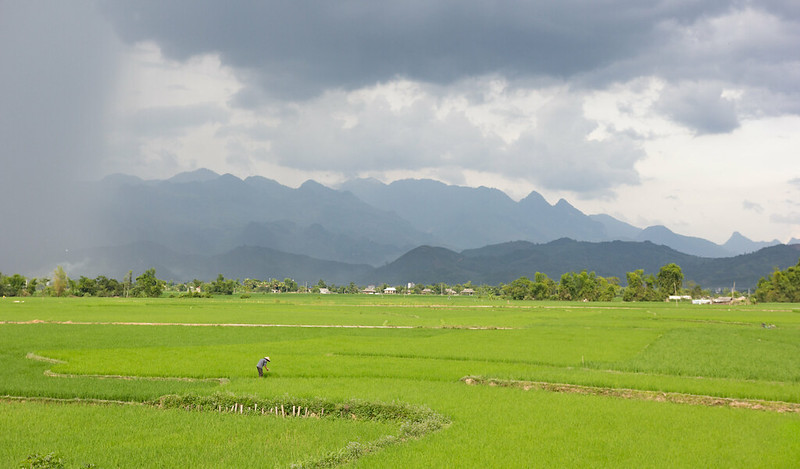 Farming is becoming more valuable to Vietnam’s development as a nation. Vietnam has a rapidly growing economy and is highly reliant on its agricultural sector. The value of Vietnam’s agriculture, fishing and forestry markets accounted for almost 15% of the country’s GDP in 2020. However, there are a few roadblocks standing in the way of Vietnamese agricultural success. A Vietnam rice farming app is helping farmers to overcome these obstacles.

Vietnam is one of the world’s biggest rice producers. These rice farmers depend on certain environmental conditions to take place in order to produce their influential yield. If natural variables are out of alignment, an entire season’s crop can go to waste. Without a successful crop, the livelihood of farmers is put at risk and they can easily slip into poverty. Thankfully, a Vietnam rice farming app was designed to keep rice farmers aware of precisely how their paddies are doing.

The smartphone app is helpful for farmers all across Vietnam, including in the Mekong Delta. The Mekong Delta is a vast expanse in the southern part of Vietnam where the majority of the country’s farming and fishing occurs. The pronounced wet and dry seasons affect the delta greatly since it’s a very low-lying area. During the wet season, there is plenty of fresh rainwater that fills the rivers. In the dry season, rivers are not filled with rainwater, so seawater laden with salt flows into them. A high saltwater content in rice fields can make the roots of the rice inefficient at absorbing water and can kill the plant. Regulating the salt content is a crucial aspect of being a rice paddy farmer. The Vietnam rice farming app aims to help local farmers monitor salt levels among its various other features to protect farms.

Impact of the App

Technology is offering a simple solution to the problem. The Vietnamese government, in conjunction with the International Fund for Agricultural Development (IFAD), launched a mobile app that provides farmers with information about the state of water in their rice paddies. This Vietnam rice farming app reports data collected by various sensors placed on farms across the Mekong Delta to each app user.

This Vietnam rice farming app gets information to the farmers quickly, which helps the farmers to make the necessary changes before it’s too late. Farmers can easily check the app for updates on the water quality in their rice paddies, such as the water’s salinity, pH, alkalinity and tidal water levels. This information helps farmers to prevent their crops from going to waste. For example, when the app reports salinity being too high, farmers know they must pump fresh water into the fields.

Before this mobile app, farmers were only getting one out of the usual three harvests annually. During a salinity wave, 300,000 hectares of rice fields were lost. But due to the implementation of the sensors and tracking abilities, the next salinity wave brought only 21,000 hectares of damage. This Vietnam rice farming app is protecting farmers from the costly reality of a ruined crop.

Of Poverty and Rice

The Vietnam rice farming app has a broad impact. About half of Vietnam’s 47 million labor force workers engage in agriculture and a poor harvest could prove detrimental to many Vietnamese people. Many in Vietnam don’t have savings and live a subsistence lifestyle, which can make any financial blow very serious. This is particularly true for the nearly 70% of the country lives in rural areas where poverty is especially concerning. The rate of rural poverty is around three times the urban poverty rate. By reducing the variables and uncertainty in the farming process with an app, Vietnamese farmers can feel empowered and less threatened about falling into extreme poverty. Utilizing this technology in agricultural practices can help save the rice paddies and protect against poverty in Vietnam.