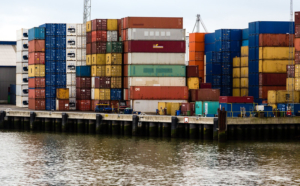 Global economic growth is on a steep downturn, due primarily to the consequences of the COVID-19 pandemic and supply chain shortages from the Russia/Ukraine conflict. The World Bank and the Organization for Economic Cooperation and Development (OECD) had each predicted that global economic growth in 2022 would reach more than 4% earlier this year. At the beginning of June, they scratched the original estimates, saying that economic growth would barely reach 3%, indicating a possible crisis of global stagflation.

Economic Downtown After the Pandemic

At the end of 2021, many global organizations, including the United Nations and the International Monetary Fund, predicted that the global economy would see a post-pandemic boom. However, because of the conflict in Ukraine and the COVID-19 shutdown in China, the global supply chain took a significant hit. In turn, inflation is rising at an alarming rate, especially in global economic powerhouses like the United States and England. This is cause for concern not only for rich countries but for small and developing countries as well, which often rely on economic overflow from large nations.

The World Bank and the OECD declared that the global economy is at risk of stagflation, which is a combination of high, sustained inflation and stagnating growth. Global stagflation poses a risk for everyone, but poor and developing countries would face the worst of it. Many developing nations’ economies rely on exports to wealthy nations, meaning a global economic slowdown would seriously harm them. Additionally, high interest rates and low growth would make it nearly impossible to pay back large quantities of debt. The World Bank has predicted that some nations will default on their debts, which would mean a decline in living conditions.

The most recent stagflation crisis took place in the 1970s when the global economy saw aggressive inflation and low economic growth. The current situation is worrying to many economists and activists because at that time living standards and economic well-being took a drastic downturn in many developing countries in Latin America and the Middle East.

The good news is that the circumstances of the current economic situation differ significantly from the stagflation crisis of the 1970s. Most central banks are now independently operated and the global economy is less reliant on low energy prices, two factors that provide some relief to poorer countries.

The OECD believes that a stagflation crisis can be avoided, but economic powerhouses and international organizations need to take serious action. There are significant factors in play that are preventing governments from stepping in, primarily the fact that developing nations have already accumulated record levels of debt.

The United States Steps Up with Aid

Support from the United States could come from protecting and enhancing the International Affairs Budget, emergency COVID-19 relief and direct collaboration with the governments of developing nations concerning exports and investments. The United States has taken a step in the right direction by supporting the Partnership for Global Infrastructure and Investment (PGII), which will pledge $600 billion to the global economy over the next five years.