Inflammation and stories on South America 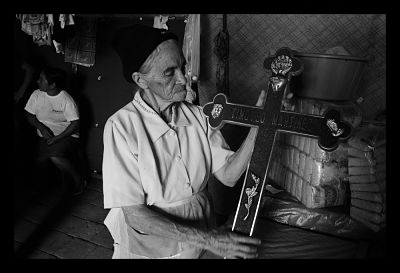 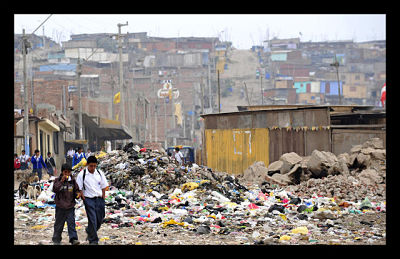 18.6 % of the population is below the poverty line in Uruguay. Although the majority of this poverty in Uruguay is not extreme, it is still problematic. Like many of other South American countries, Uruguay struggles with alleviating extreme poverty for the poorest sections of its population. The country is also trying to prevent those who are only slightly below the poverty line from plummeting further into the category of the extreme poor.

The small South American nation experienced an economic boom in the early 1990’s followed by a damaging recession in 1995. This recession left a lasting impression on the economy, which to this day continues to suffer. The recession caused a widespread loss of jobs across the country and an increasingly wide income gap. The poverty is not debilitating, but it is significant enough to render notice from the international community. According to the World Bank’s 2001 report on Uruguay, “reduction in poverty is highly dependent on growth, and pockets of poverty and unemployment still exist and in recent years have shown some increase.”

Uruguay also struggles with the high number of children who are born into poverty. The World Bank reports that “children have become a significant portion of the poor with about 40% of Uruguay’s children born into poor families, pointing to a potentially serious problem of inter-generational poverty.” This threat of continuing, irreversible poverty is very concerning. The longer poverty continues to ravage Uruguay, the more entrenched it will become as it roots itself in disenfranchised communities. 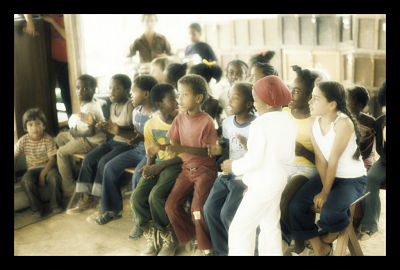 Poverty in Guyana remains a problem. Guyana is a small country located in Northern South America that borders Venezuela, Brazil, and Suriname. Initially a Dutch colony in the 17th century, Guyana came under British control in 1815. The British first used African slave labor to man their sugar plantations, but slavery was finally abolished in 1834. The abolition of slavery in Guyana led former slaveholders to import indentured servants from India, maintaining ethnic and socioeconomic divisions in the colony. Though Guyana achieved independence from the U.K. in 1966, the country is still experiencing the aftereffects of its colonial background.

Education and Economy
Though Guyana reports a literacy rate of 91.8%, the poor quality of education and teacher training combined with its suffering infrastructure contribute to a much lower level of functional literacy for most of the population.

Guyana’s emigration rate is also one of the highest in the world, with 55% of its citizens living abroad. The country is one of the largest recipients of remittances relative to GDP out of Latin American and Caribbean countries. 80% of Guyanese citizens with tertiary degrees have left the country, depriving those living in Guyana of invaluable services, including healthcare.

The Guyanese government owned more than 80% of industries until the 1990’s, but mismanagement combined with falling commodity prices and high fuel costs caused the standard of living to fall drastically. The government has since divested itself of many industries, but problems such as deforestation, violent crime and widespread poverty continue to threaten the economy.

Poverty Statistics
Roughly two-thirds of Guyanese citizens living in poverty, or 29% of the population, can be classified as being extremely poor. Most of the poor live in rural areas and work as agricultural laborers. Though Guyana’s farmers have access to adequate land resources, their productivity is extremely low.

Guyana has one of the highest maternal mortality rates in Latin America, with 280 deaths per 100,000 live births. Its infant mortality rate is the 66th highest in the world, with 34.45 deaths per 1,000 live births. These grave statistics can be attributed in part to the low density of physicians, with just .59 doctors per 1,000 people. 1.2 percent of Guyana’s population is living with HIV/AIDS, a rate higher than that of most other Latin American countries.

Solutions to Poverty in Guyana
The World Bank is currently working in Guyana to refocus public expenditures to improve the infrastructure and the quality of health, education, and water services. Advocating for the privatization of most industries, the World Bank hopes to increase opportunities for investment and conserve government resources.

The United Nations Development Programme is also working to empower vulnerable people in Guyana by improving the economic status of indigenous groups and establishing community livelihood projects that will create jobs.

Though Guyana ranks 117th out of 187 countries on the UN’s Human Development Index, continued aid and humanitarian assistance will ensure that its citizens can overcome past subjugation and establish a strong infrastructure. 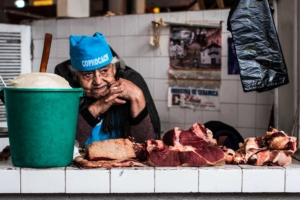 World Bank President Jim Yong Kim concluded his weeklong trip to South America in Bolivia. On his last day, he visited Cliza, a farming village and market. Proud farmers of the region displayed their products to President Kim and the President of Bolivia, Evo Morales. These farmers and their food products are an important part of achieving food security in Bolivia.

These farmers play an important role in fighting poverty in Bolivia and promoting opportunities for all. An agreement signed by Kim and Morales guarantees programs and funds to support thousands of small farmers and increase their access to the market. The agreement will foster a partnership between the country’s own farmers and decision-makers.

The World Bank has been involved in developing rural Bolivia since 2005 when they launched the World Bank’s Rural Partnership Project (PAR). PAR has successfully developed relationships between small-scale farmers and buyers. Bolivia has more rural partnerships than any other Latin American country, with approximately 800 productive partnerships that benefit 30,000 families. The World Bank is extending the project (PAR II) that will benefit an additional 35,000 families.

“In the past, the farmers immigrated to other countries, like Spain or Argentina, but when PAR was established we could build good, high-quality flower nurseries thanks to the investment and technical assistance. Now we have more income for our families and we even provide employment,” said Marcelino Cervantes, from the association of organic flower producers of Bella Vista.”