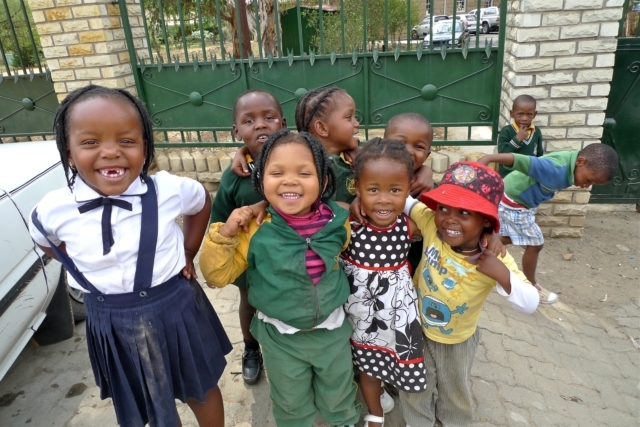 To determine the effectiveness of Lesotho’s social protection programs, the World Bank recently conducted research on these government initiatives. Currently, 50% of the population lives below the poverty line. In comparison with the rest of sub-Saharan Africa, Lesotho is lower than the average in terms of poverty. Between 2002 and 2017, the overall poverty rate fell by roughly 7%. In the same time period, the extreme poverty rate decreased by 10%. Overall, poverty reduction varies among the regions of Lesotho as urban poverty decreased by about 13% while rural poverty decreased by less than 1% during this time. With social protection programs in place, change can be effected, reducing poverty throughout the country.

Over the last 15 years, Lesotho’s government has made social protection programs a priority. The National Social Protection Strategy (NSPS) and the National Strategic Development Plans (NSDP) are two initiatives that have greatly impacted Lesotho. The NSPS’ main goal is to strengthen social protection programs to provide support for the most impoverished members of society. Through this program, the Ministry of Social Development focuses on reduced shock from emergency situations.

By integrating early action responses for any kind of emergency, the people of Lesotho can be more prepared. Moreover, the program also helps children, the elderly and disabled groups in need. Each sector of society is provided with support. For example, the Lesotho child grant is able to cover more than 90,000 children with monetary assistance to secure the basic necessities to survive. Overall, the NSDP is able to improve care assistance in the form of fiscal and social means.

The NSDP also recognizes the need for a disaster relief fund. The NSDP’s goals were first outlined in 2012, however, in 2018, the plan was revised and will continue until 2023. The new program, NSDP II, addresses the issues that the first NDSP did not manage to solve. It mainly focuses on overall economic growth through improving the unemployment rate in Lesotho and reducing poverty. This is done through allocating funds toward disaster preparation.

The NSDP is one example of a social protection program that is working to improve living conditions in Lesotho. By doing so, the plan is able to focus on improving the initiatives already established to build credibility, resilience and support. Overall, these programs work to advance Lesotho’s original goal to improve the welfare of vulnerable groups. The new development plan is able to hone in on the areas of the economy that need the most support.

To tackle poverty, it is necessary to create opportunities for employment and inclusive economic growth. Through this specialized focus, the hope is that this social protection program will have a major impact on not only poverty reduction but also responsiveness to economic shock.

Solutions for the Future

The World Bank ends its report by including its own recommendations for the government of Lesotho to follow in its next steps. These recommendations include both short-term and long-term suggestions for policy. The two major short-term suggestions involve integrating the different systems and programs in place to increase their impact on poverty and to develop the digital aspect of these programs.

The three major long-term suggestions are to focus the expenditures on the most impoverished people, work toward better shock preparedness and work on impacting long-lasting development. These are just some of the ways to advance Lesotho’s social protection programs. The nation has already been able to reduce poverty in the past 10 years, and continuing these programs, with the data and recommendations provided by the World Bank, will help Lesotho to persist in lowering poverty rates and inequality.