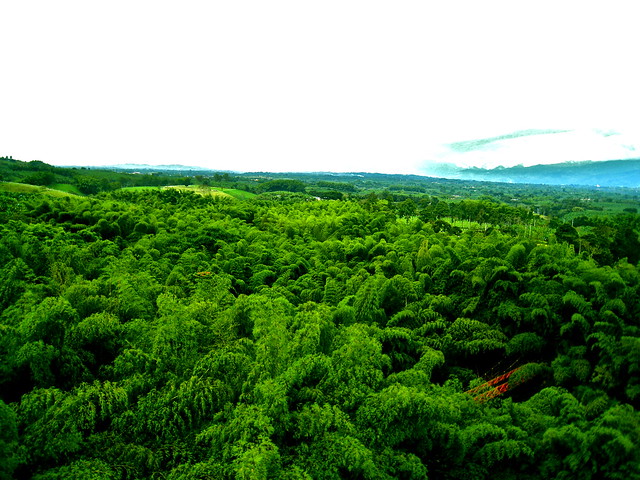 As of 2015, less than one-third of our planet’s surface contains forests, and that percentage continues to decrease. According to the World Wildlife Fund, approximately 18.7 million acres of forest are destroyed annually. But a search engine called Ecosia is on a mission to help.

The Problem With Deforestation

Deforestation rates have slowed down somewhat since peak levels in the 1990s. Nevertheless, the Earth continues to lose this ecosystem at an alarming rate. Forests are home to an estimated 80 percent of the world’s non-aquatic species. The Amazon rainforest alone shelters an estimated 2,000 animal species and 40,000 plant species. As the world’s forests are gradually destroyed, millions of plants and animals lose their habitats. It is possible that, due to deforestation, countless species have gone extinct before they were ever discovered by humans.

In addition, forests play a number of roles in maintaining a safe and habitable environment. Forests are carbon sinks, meaning that they absorb large amounts of carbon from the atmosphere, thereby helping to maintain a balanced and habitable climate. The loss of forests is responsible for at least 15 percent of all greenhouse gas emissions, contributing to rising temperatures, extreme weather conditions and an increasing number of dangerous storms. These changes have the potential to make human life more difficult and dangerous, and people in impoverished countries often face the greatest risks.

Ecosia is a web search engine founded in 2009 and based in Berlin, Germany. The brainchild of Christian Kroll, Ecosia was created as a “social business” with the primary objective of helping the world. For most businesses, profit comes first and service projects second. Ecosia has turned this order on its head.

Like other search engines, Ecosia makes money off of ads in internet searches. But unlike other engines, 80 percent of Ecosia’s revenue is used to plant trees in countries suffering from heavy deforestation and to fund reforestation projects. The search page also comes with a tree counter, allowing users to see how many trees their searches have planted so far.

As of 2018, Ecosia is contributing to reforestation efforts in 15 countries across Asia, Europe, and South America. Its projects target biodiversity hotspots containing a high number of plants and animals without alternative habitats. Many of these areas are at risk of disappearing. By reforesting these areas, Ecosia’s efforts are preventing countless species from going extinct.

Forests are vital to the health and safety of agriculture. Apart from maintaining a healthy climate and biodiversity, trees prevent erosion by holding soil. Without this protection from erosion, good soil is lost, and agriculture becomes significantly more difficult.

Trees also shield smaller crops from violent storms and channel nutrients to surrounding plants. They provide habitats for bees and other pollinators, facilitating natural fertilization of crops and plants. Perhaps most importantly, trees aid in precipitation. By drawing groundwater through their roots and evaporating it through their leaves, the water can return as rain. Not long after the reforestation project in Burkina Faso commenced, rainfall became more frequent in the semi-desertic area.

By setting the groundwork to create better and more sustainable conditions for agriculture, Ecosia is helping rural communities around the world improve their livelihoods.

While reforestation efforts are inherently beneficial to the environment, Ecosia also ensures that local communities benefit from their projects. Many of the company’s efforts focus on planting trees that are useful to local farmers. One example is Ecosia’s project in Ghana, where more than 900,000 trees were planted along the Daka River. Most of these trees were fruit or nut trees. These trees not only helped restore and maintain the water level of the river but provided local people with food. Through the harvesting and selling of shea nuts, the plants also created new economic opportunities.

Finally, Ecosia projects bring communities out of poverty by employing locals to plant trees. The company provides a stable source of income for people in areas where jobs and money are scarce.

Ecosia can be downloaded for free as an extension for browsers including Safari, Firefox and Google Chrome. It is also offered as an app on iOS or Android. So far, nearly 6 million people have begun using Ecosia, leading to the planting of more than 40 million trees. By 2020, the company hopes to have planted at least 1 billion, reviving broken habitats and contributing to a sustainable future.