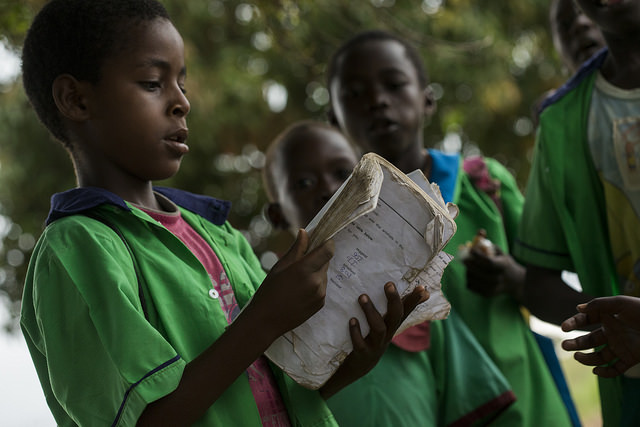 The U.N. has created 17 Sustainable Development Goals (SDGs) for developing countries in order to mobilize efforts to improve the quality of life for people living in poverty. The fourth goal of the SDGs is to have access to quality education. In the SDG 2017 report, research showed that enrollment in primary education is going up, but some countries, such as African countries, are behind in education.

A Global Education Monitoring (GEM) report done by UNESCO found that in sub-Saharan Africa, 41 percent of students in primary education don’t complete basic education. The report also said that 87 percent of students don’t reach the minimum proficiency level in reading. This equates to more than one in four young people in the region that can not read or write proficiently.

There are many factors as to why African countries are behind in education, one of them being poverty. But other factors for this issue have to do with the organization of the education system. The GEM report found that less than half of the developing countries had created standards for primary education. Additionally, education systems did not have the means to monitor how students develop or teachers progress. The lack of organization of an educational system causes classrooms to be overcrowded and poorly resourced with teachers that are not qualified.

There are some programs that are addressing these issues. For example, UNESCO is working to improve the quality of teachers’ abilities and to develop a curriculum to improve the learning experience for students. The program also focuses on teaching students skills that are relevant while also providing gender-inclusive literacy programs. 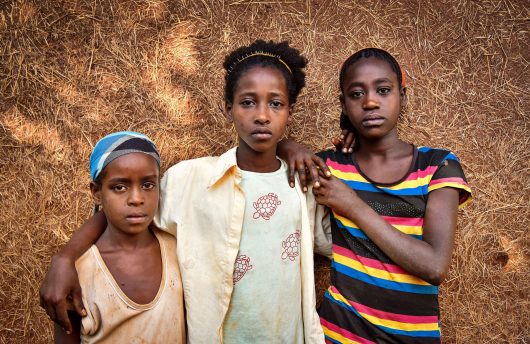 In 2015, 193 UN Member states agreed to work domestically and with other countries to make the world a better and more sustainable place. The resolution that the states signed on September 25, 2015 outlines a path towards sustainable development first precipitated by the Rio+20 Conference in 2012. The 17 Sustainable Development Goals try to pick up where the Millennium Development Goals left off in eradicating poverty and inequality.

It has now been two years since that conference took place, and countries have had the chance to assess themselves and see which goals they can achieve and where they can succeed. In July 2017, representatives from certain countries met up again, this time to report some of their findings on a number of goals. The SDGs in Ethiopia that are most important are goals one, two and five.

Concerning the first goal of no poverty, Ethiopia has made immense strides in the past decade and even more since they adopted the SDGs. The poverty rate was 38.7 percent in 2004, but declined to 29.6 percent in 2010. In 2011, the rate declined another 6.2 percent to 23.4 percent by the end of 2015. These improvements came about as a result of government measures to promote economic growth, such as the Growth and Transformation Plan, as well as anti-poverty organizations working all over the country.

Ethiopia’s progress on the second goal, zero hunger, has also been positive, despite the drought that affected the country’s food supply. The country continues to support programs to bolster small farmers. The country also implemented Climate-Resilient Green Agricultural Development in order to slow their greenhouse gas emissions while promoting growth in the agricultural sector. Different organizations also continue to help Ethiopia become more food secure, like The Hunger Project, which works to decrease food insecurity while also mobilizing communities to become self-reliant.

Finally, the fifth goal of gender equality has also seen improvements. In many countries, women tend to lack political agency. In Ethiopia, the number of female representatives in Parliament reached 38.7 percent, while at regional and district levels women’s representation reached 48 percent in 2016.

Updates on the SDGs in Ethiopia may not paint a perfect picture, but they illustrate a positive look at a country moving towards a better future. Progress in the areas of poverty, hunger, equality and sustainability help Ethiopia model the SDGs in action. This progress is emblematic of a country and world moving away from poverty and toward progress.