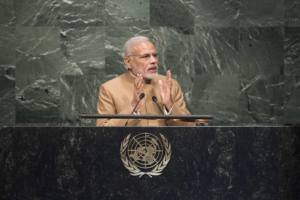 The 17 Sustainable Development Goals (SDGs) of the 2030 Agenda for Sustainable Development were officially affected on January 1, 2016, including 169 targets. The effective plan aspires to improve the world in its endeavors, without causing environmental harm by 2030. The ninth goal focuses on industry, innovation and infrastructure. More specifically, this means building more resilient infrastructure, promoting inclusive and sustainable industrialization and fostering innovation. Regarding the countries working to implement these goals, there are updates on SDG Goal 9 in India.

Challenges with Industry and Infrastructure

The trade industry is crucial to have a prosperous economy with job growth, firm partnership and a wider variety of product availability. The quality of trade and transport infrastructure has not improved. It has remained at a steady ranking of 2.91 out of five. Manufacturing has remained stationary and has not experienced any growth. This particular industry also has the opportunity to contribute to economic prosperity. India’s industrial growth rate shows these determinants, which has decreased by 0.8% from 2016 to 2019. India’s industries as a whole also produce lots of hazardous waste as well as water waste, which contradicts the idea of sustainability.

Education and universities have a massive role in consistently contributing to the innovation of their country, and India has already made improvements. As of 2020, India’s top three universities scored 44.9 through the World University Rankings. This is very close to the final goal of reaching a score of 50. The accessibility to information and, therefore, the betterment of education for all has also progressed through widespread internet access. India’s population using the internet has grown from 17% in 2015 to 34.45% in 2017. It has doubled since the implementation of the sustainable development goals.

There has been a massive success in providing accessibility for the many rural areas within India. As of 2017, 70% targeted rural areas to give them access to all-weather roads. Generally speaking, the overall construction of national highways has more than doubled, going from 4,410 kilometers in 2015 to 10,824 kilometers in 2019. This is a massive increase in attention to infrastructure and what it can do for a country’s connectivity. 12 significant ports’ capacity to handle cargo has improved by 84% from 2015 to 2019. This provides the potential for trade and shipment performance to be at a much higher level.

Furthermore, to meet SDG Goal 9 in India, it has focused on making the business industry easier to enter, encouraging new businesses and growth. The country has implemented business reform to improve its rank within the World Bank’s Ease of Doing Business. As a result, in 2019, it ranked 63rd in comparison to 2015’s 142nd world ranking. Product development and design have also massively increased. The number of design patents quadrupled from 2015 to 2019. This is a precursor to industry growth.

Overall, there have been massive strides toward reaching SDG Goal 9 in India. It has averaged a gross domestic product growth of 7.2% between the years 2018 and 2019. India has also upheld not only the goal of improving the industry, innovation and infrastructure but of keeping it sustainable and environmentally friendly. It successfully managed to have one of the lowest per capita carbon emissions in the world.