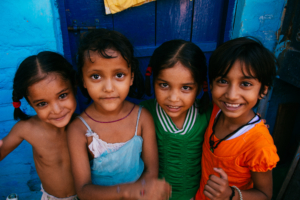 The 2020 Sustainable Development Goals (SDGs) report outlines a disappointing picture of the SDG 5 in India. The indicators for progress within this goal have either stagnated, decreased or increased at a very moderate rate since the last report in 2019. The phrase “major challenges remain” characterizes gender equality in India, the direst characterization of the steps the country could take toward improvement. However, India and other organizations are not ignoring concerns over stagnated progress. In fact, multiple efforts are underway in order to accomplish the U.N.-issued tasks. The journey toward improved standards in India continues across major sectors.

It is important for one to understand the specificities of Goal 5 of the U.N. SDGs. There are several tasks within the ultimate goal of gender equality. Each of these tasks addresses a different area in which society or government can impact the fairness of treatment of different genders. A World Economic Forum article notes that women receive 34% less wages for the same work as men.

An additional point notes that girls in the bottom 20% of the socioeconomic system in India receive no education. Including everything from violence to economic security, the breakdown of SDG 5 covers a breadth of areas that disproportionately affect women and girls. The accomplishment of these targets is contingent on many factors. The combined efforts of the Indian government and humanitarian organizations around the country are essential.

One of the government’s efforts toward achieving SDG 5 in India includes a partnership between the Indian government and USAID. While this partnership covers a variety of issues together with a mix of public and private organizations, one of the most significant efforts is the Swachh Bharat Mission, or the Clean India campaign. This campaign addresses gender disparities in hygiene access, an issue that often prevents girls from attending school. The campaign, therefore, also addresses the longevity of a girls’ education in India.

There are several humanitarian organizations fighting for gender equality in India, some of which connect with USAID’s efforts in the country. A large part of NGO work specifically targets women and girls experiencing poverty. For example, the Azad Foundation works with impoverished women who are victims of abuse. The Foundation educates on reproductive rights, self-defense and more.

Janodaya works with formerly imprisoned women as well as impoverished women to teach skills that will lead to better jobs. Snehalaya champions efforts for women and children by offering HIV/AIDS support and providing platforms for earning an income, such as those that allow for the making and selling of art.

Gender inequality in and of itself is a forefront issue that India must grapple with. However, the issue becomes even more pronounced when inequality causes shortcomings for women and girls in all aspects of their lives. All aspects of Sustainable Development Goal 5 connect with each other. As a result, addressing one issue has no doubt impacted another. To continue to advance in the fight against poverty, addressing gender equality must remain one of India’s foremost goals.