The beautiful Caribbean isle of Saint Lucia is known for its natural amenities: a lush interior rainforest, volcanic mountains, sandy beaches and coastal reefs. More than 1.2 million tourists flocked to the tiny island in 2018 alone. Despite the country’s up-and-coming image as a sunny vacation spot, there are far more nuances to the daily lives of native Saint Lucians. Here are the top 10 facts about living conditions in Saint Lucia.

These top 10 facts about living conditions in Saint Lucia demonstrate how this island is more than just a scenic visitor spot. It is a complex country, balancing tourist growth and educational improvements with agricultural and infrastructural instabilities. With the right developmental strides, Saint Lucia can ensure the prosperity of all its citizens. 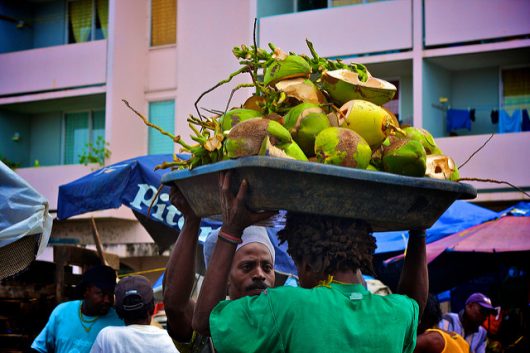 Globally, there are 103 countries that exist in the middle of the range between great prosperity and extreme poverty. Middle-income countries face the challenges of not being entrenched in extreme poverty but still dealing with issues surrounding poverty. Saint Lucia is an example of a country that has achieved middle-income status, yet has stagnated over the past few years.

Saint Lucia, which belonged to the British until 1979, sits in the waters of the Caribbean and is home to around 170,000 people. Saint Lucia’s GDP hovers at approximately $2 billion and its gross national product per capita is over $7,000. After the financial crisis of 2008, Saint Lucia‘s economy lagged during the latter half of the 2000s.

As a result, unemployment in the past few years has increased to 25%, with youth unemployment increasing to 15%. Saint Lucia has a mid-level Human Development Index, meaning that its quality of life has increased slightly, to a rank of 92 out of 188 countries. In accordance with the unemployment rate, the poverty rate was around 35% in 1995, but has declined since.

By looking at the Saint Lucian economy, it becomes easier to understand the Saint Lucia poverty rate. Saint Lucia has a primarily agricultural economy and it mainly exports bananas, mangos, coconuts and various vegetables. The banana industry was quite successful in the 1990s; however, the industry has weakened. Banana farmers have faced stiff competition from neighboring countries as well as foreign markets. The weakening of this sector has led to a slight increase in poverty.

The government has tried to tackle the Saint Lucia poverty rate by introducing policies to alleviate the burden of households in the country. The Saint Lucia Social Protection Policy was introduced in 2015 in order to strengthen social programs in Saint Lucia, as well as create a conditional cash transfer program that helps households obtain appropriate funds to survive.

With its friendly policies towards foreign investors, the government has also encouraged foreign investment and tourism throughout the country. The country hosts numerous “free zones” which allow private firms to operate outside of legislative boundaries. These areas can provide another source of employment for the population.

The island nation has a strong tourism industry; nearly 60% of jobs center around tourism and hospitality. This is similar to much of the Caribbean, and Saint Lucia is no exception. Natural disasters can decreases revenues from tourism, making Saint Lucia’s economy very weather-dependent. 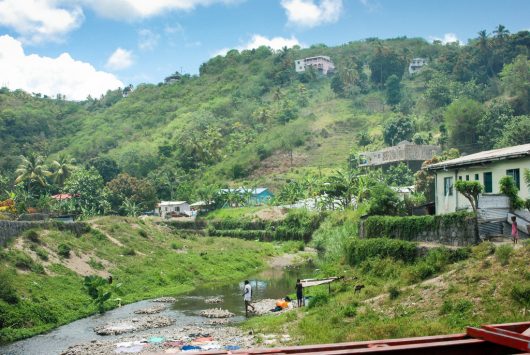