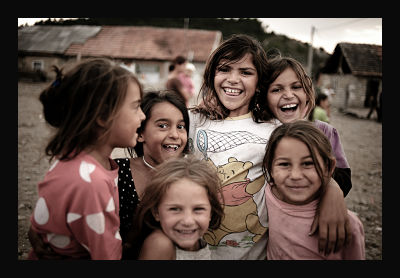 Often referred to as travellers or gypsies, the Romani or Roma, people constitute one of the largest minority groups in Romania. However, they are not welcomed. Originating from India, Roma people are vastly discriminated against and face a multitude of disadvantages in education, health, living conditions and job opportunities.

Approximately 90 percent of Roma people live below the poverty line, while almost 33 percent are unemployed. Unfortunately, there has been a purposeful exclusion of the Roma population from mainstream society.

Roma children continually face violations of their basic human rights all across Europe. Additionally, a Roma child is three times more likely to be born into poverty than all other Romanian children.

Health issues that often occur from poor nutrition in early childhood have been exacerbated by the lack of access to treatment and medical clinics. Marginalization and extreme poverty have also hindered the children’s ability to gain equal access to services, including schooling.

Families are not only unable to send children to school due to financial reasons, but also because parents cannot afford clothes or school supplies. There is also growing concern for the stigma and violence the Roma children may endure. For the small percentage of Roma children that do attend school, they face extreme prejudice and segregation. Much of the disapproval stems from the perception that all Roma people are thieves and crooks.

Children and young people make up a large portion of the Roma population, yet their voices are rarely heard. Many European governments overlook the existing policies and legislation that exist to protect minority populations, further reducing their participation in society.

While the Roma in Romania experience discrimination from the people around them, the Roma children bear the greatest burden.