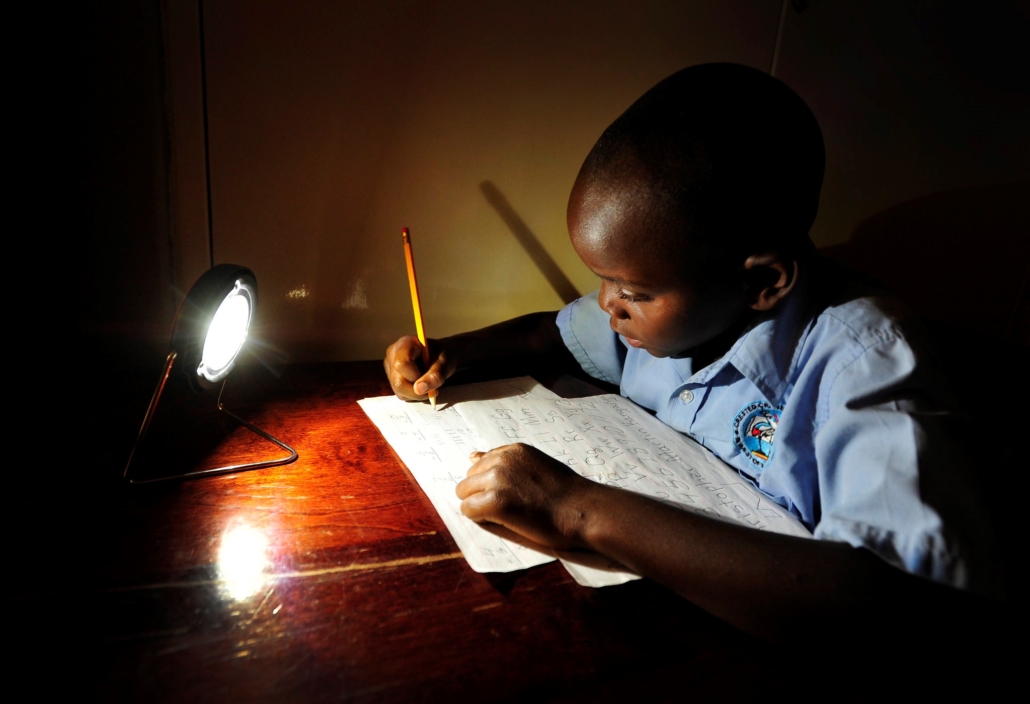 Zambia has enjoyed significant economic growth in the past few decades. With prosperity, Zambia’s demand for electricity has increased. However, the current energy supply has struggled to meet this demand. Zambia relies on hydroelectric power for more than 85% of its electricity and frequent droughts prevent these plants from operating at full capacity. Further, the average nationwide rate of access to electricity is 30%. Worse yet, only 5% of the rural population has electricity access. The Zambian government has set a target of 50% electricity access across the nation by 2030. As electricity demands continue to grow, the expansion of renewable energy in Zambia is critical for the country’s social and economic development.

To aid in the sustainable development of Zambia’s energy resources, renewable energy projects are underway. One such initiative is the European Union (EU)-funded Capacity Building for Renewable Energy and Energy Efficiency project. The project is a collaboration between the EU and the Zambian government to provide technical assistance to the Rural Electrification Authority (REA) of Zambia. The project’s assistance will help fund the REA’s development of energy infrastructure. The project began in 2017 and should have reached completion in 2021.

Specifically, the Capacity Building for Renewable Energy and Energy Efficiency project is striving to establish a collection of solar-powered mini-grids to provide electricity to rural Zambian communities. Mini-grids are small electricity generators interconnected to an energy distribution network. These are useful in Zambia because the grids do not require the construction of long stretches of electrical lines. The mini-grids will provide electricity to an estimated 10,000 people living in rural communities in Zambia.

Another initiative to develop renewable energy in Zambia is the Renewable Energy for Sustainable Development in Zambia project. Created by the United Nations Industrial Development Organization and the United Nations Environmental Programme, this initiative seeks to bring readily available and local renewable energy sources. One of the initiative’s projects is the construction of the Shiwang’andu Small Hydropower Plant, which the Zambian government commissioned in 2012. The Shiwang’andu plant supplies a solar mini-grid that will provide electricity to more than 25,000 people in the Mpanta region.

Hydropower plants generate power using the energy that the flow of water creates. This energy generation requires the water to flow across an elevation difference, from a higher point to a lower point. Usually, dams are built in running bodies of water, such as rivers, to construct this elevation difference.

Because constructing hydropower plants involves building dams in bodies of water, the developers of the Shiwang’andu plant had to consider the plant’s impact on wildlife. Developers installed a second dam during construction to divert water, which maintained normal downstream water flow. They also included a 1.5-meter gate within the dam to help fish, crabs, shrimp and other migrating animals.

As Zambia continues to see economic growth, and as it aims to provide electricity access to a greater percentage of its population, the nation’s energy demands will continue to increase. The development of renewable energy in Zambia is an efficient and eco-friendly way to expand the country’s energy resources, which should provide sustainable access to electricity for more Zambians in the years to come. 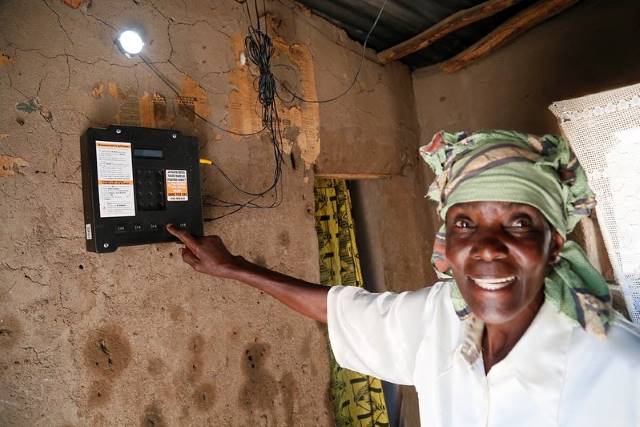 One in 10 people in the world (800 million) have no access to electricity and the access of an additional 2.8 billion people is considered insufficient and unreliable. In regions with insufficient access to electricity, the standard of living is poor, particularly with regard to adequate healthcare and education. Africa is such a region. Half of the population of sub-Saharan Africa lives without electricity. Improving energy in Africa is essential for economic growth and prosperity across the continent.

Energy is vital to reduce the cost of business activities and for creating economic opportunities and jobs. More than 640 million Africans lack access to electricity. When the sun sets for these individuals, workable hours in the day end. Insufficient access to energy can also restrict the economy more indirectly, by way of increased risk of deaths related to wood-burning stoves, restricted hospital and emergency services and compromised access to education.

Along with appropriate infrastructure, household health and productivity are essential for boosting economies. The persistent use of wood-burning stoves is evidence of lacking infrastructure that presents a burden to health and productivity. This dated method has drawbacks that include indoor pollution, deforestation and unpaid time spent collecting biomass fuel. In 2017, an estimated 600,000 Africans died due to indoor pollution.

Fulfilling household responsibilities requires more time and must be done within restricted hours when electricity is unavailable. These responsibilities often fall on women and children and prevent their participation in the formal economy or pursuit of education that could encourage later participation. African economies suffer because of these barriers to participation. Industrialization is key to economic growth in Africa. To industrialize the continent, energy in Africa needs to be sustainable and easily accessible to all.

Africa already has significant capacity for improvements in energy. Much of this potential lies in renewable energy sources. For example, one-fifth of Africa’s current energy is produced using hydropower. Hydropower, however, is only being utilized to one-tenth of its potential. Along with hydropower energy, solar, biomass, wind and geothermal energy all show promise for further development.

There are several existing avenues for further development of energy in Africa. As a shift toward renewable energy is gaining momentum across the globe, largely due to its environmental advantages, the resulting new and affordable technologies may provide the needed boost to further industrialization in Africa. Ensuring that renewable energy innovations reach Africa and are suited to build on current capabilities is essential for economic growth throughout the continent.

The African Development Bank (AfDB), the Economic Commission for Africa and the United Nations Development Programme jointly hosted the 2020 African Economic Conference (AEC) from Dec. 8 to 10. The conference facilitated presentations and discussions among leading academics, early-career researchers, policymakers and decision-makers. The central theme of the conference was how to ensure continued sustainable development in Africa amid the challenges posed by the COVID-19 pandemic. Specific topics included the role of governments and private institutions in regulating and developing African economies, adjusting goals and methods to conditions brought on by COVID-19 and preparing Africa for future resilience in crisis. The conference has been held since 2006 and helps to maximally inform efforts toward development in Africa, consider the challenges unique to local economies and emphasizes the importance of sustainable and renewable energy.

The New Deal on Energy in Africa

The AfDB Group is leading the New Deal on Energy in Africa to help develop energy in Africa and achieve universal electricity access for Africans by 2025. Its strategy is to build awareness of barriers to economic development, secure innovative funding for energy developments and strengthen energy policy and regulation. According to the AfDB, without stable energy in Africa, the U.N. Sustainable Development Goals will not be achieved. The emphasized ideal for energy in Africa is renewable; nevertheless, efficient and less expensive methods of energy production can quickly work to stimulate the economy. Gas will be an important transition fuel as efforts are made to establish cleaner, maintainable methods.

Improving energy in Africa means that the continent needs reliable power grids and universal access to electricity to further economic stability. The path to sustainable energy in Africa is evolving thanks to new momentum derived from the global and continental potential for renewable energy development. Keeping energy progress in mind throughout pandemic response efforts is a goal of international organizations as they work together with Africa toward economic growth across the continent. 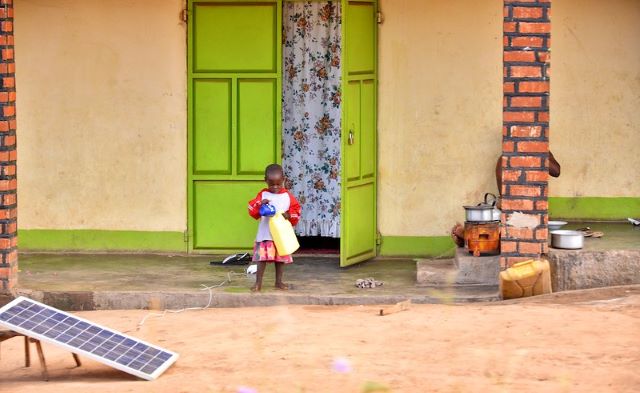