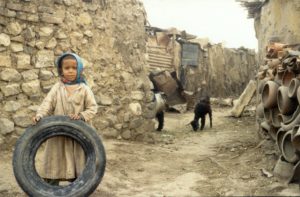 Pro-Poor Tourism (PPT) is an approach to reduce poverty in developing nations. Areas across the globe, including regions like Africa, Asia, South America and India, have successfully adopted PPT. In addition, PPT’s principal goal is to generate net benefits for poor communities. The strategy of Pro-Poor Tourism aims to increase economic stability and mitigate the negative effects of local cultures and environments. In order to do so, developing countries must apply several strategies.

Tourism accounts for 11% of the world’s economy. Tourism is a rapidly growing market and industry. Countries promoting tourism experience economic growth rates of over 9% per year. The industry employs hundreds of millions of people.

There are three strategies for Pro-Poor Tourism. The first strategy of Pro-Poor Tourism is to increase the financial profits of the poor. PPT promotes the growth of local occupational opportunities and the development of local businesses that supply products for the tourist industry. The second strategy is to enrich the lives of native citizens. PPT provides locals with availability to facilities and services originally established for tourists. The third strategy of Pro-Poor Tourism is to stimulate collaboration with the poor. This involves promoting the participation of the poor in the government and private sectors. In addition, it also includes increasing policy formation that supports the involvement of the poor.

In Kerala, the early adoption of tourism led to decreases in agricultural produce, increases in unemployment and a decrease in availability to local waterways. Hotels and restaurants employed individuals from poorer parts of the country, farmers sold their property for quick money and tour operations damaged local fishing equipment. In addition, Kerala’s Department of Tourism discussed a Pro-Poor Tourism reform in 2007. The strategy was labeled “Responsible Tourism.”

Over a dozen of hotels agreed to purchase numerous products from the local economy. As a result, this agreement created several businesses such as a fish administering division, a chappathy division, agricultural coalitions and coconut suppliers. Furthermore, hotels later arranged to purchase items from craft businesses, performances from a women’s traditional dance group and local art business. These opportunities enhanced the preservation of traditional Kerala cultures. This pro-poor tourism reform specifically focused on the expansion of jobs for women. Now, nearly 1,000 women participate in agribusiness, skilled labor, tour operations and wholesale enterprises.

The St. Martin Islands of Bangladesh have also implemented PPT. A qualitative research study reveals local residents now have more access to markets. Hence, there are more opportunities to sell products. In addition, natives of all ages participate in various activities involved in tourism operations.

The study also reports that local residents receive direct benefits of sustainable tourism. Local residents participate in the transaction of crafts, local resources, entertainment events and the production of infrastructure. Consequently, locals now have access to medical facilities, nontoxic water and hygiene services. Only 20% of locals interviewed believe tourism did not alleviate poverty in their community.

The application of Pro-Poor Tourism reform benefits the lives of native residents by increasing economic opportunity while maintaining culture and preserving the environment. Areas must plan and apply strategies of Pro-Poor Tourism appropriately per context. It is also important for governments, agencies and donors to apply PPT strategies with the growth of poor communities as the soul of the operation.