Archive for category: Poverty Eradication in the Netherlands 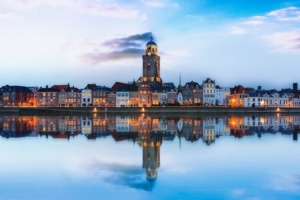 The Netherlands had the fifth lowest poverty rate in the world in 2019 at 13%, with an excepted decrease down to only 7% by the end of 2020. The Dutch maintain a high standard of living. They also maintain a low unemployment rate with the sixth largest economy in the European Union. There is a relatively high standard of living and a low poverty rate. However, the Dutch continue to face hurdles of social exclusion in efforts to combat poverty. Poverty rates are lower in the Netherlands than in many surrounding nations. Nonetheless, well over one million Dutch citizens are still living below the poverty line. The National Reform Programme, discussed below, outlines some of the ways the Dutch have worked toward poverty eradication in the Netherlands.

Each year, the Netherlands releases a National Reform Programme that reports on the state of the economy, the budget, future changes and reforms. Included in the 2019 program is the plan to reduce tax burden on citizens and small businesses while increasing taxes on large corporations. All of this is in addition to creating additional investments in the public sector. This plan intends to strengthen households and the Dutch economy as a whole with specific attention to fostering innovation and promoting entrepreneurship. In addition to tax cuts for citizens, the program proposes an increased investment in research of €400 million. The investment works to expand innovation, strengthen the economy and move toward poverty eradication in the Netherlands. Much of the investment will benefit research specifically through the education system.

Despite relatively low poverty levels in the Netherlands, social exclusion pervades many Dutch communities since it excludes them from participating in various associations. Not only are these associations economic but they also have to do health, welfare and education. This phenomenon leads to a deficient citizenship when citizens are unable to fully enjoy the rights and privileges the majority of the country has access to. This issue pervades the housing market in the Netherlands as the wealthy country sees continuous rises in housing prices that alienate low-income populations.

In order to combat this, the National Reform Programme lays out measures to ensure accessible, affordable and stable housing. Creating equal housing opportunities is essential to poverty eradication in the Netherlands. This program is underlined by a mortgage debt repayment plan that aims to incentivize paying off mortgages through interest deductions of 3 percentage points per year. It begins this year and plans on reaching a maximum of 37%. Additionally, the government plans to incentivize the accelerated construction of new homes as the housing supply is scarce.

Additionally, the Netherlands encourages businesses to hire from refugee populations. It also offers additional support to startups that benefit asylum-seeking populations. Further plans for assisting refugees and other vulnerable populations within the nation are laid out in the National Reform Programme. Investment and individualized support will be offered through pathway guidance and job training to aid these populations in their participation in the labor market and to increase financial freedom.