Inflammation and stories on pop culture 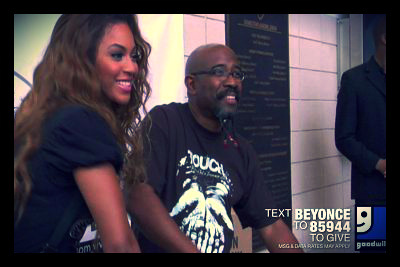 For this holiday season Beyonce is continuing to work with Goodwill Industries International in support of major charity efforts to help create new jobs. Beyonce has partnered with Goodwill Industries International this last summer when the charity event received over 27,500 pounds of clothing, which is equivalent to more than 800 hours of free job training at Goodwill career centers.

This holiday season Beyonce will continue her second leg of the Mrs. Carter Show World Tour, which contains 15 concerts. Goodwill is encouraging concert goers to helps support their goal of helping families and creating jobs by donating clothes. The more clothes that Goodwill receives the more jobs they are able to create across their international locations.

The charity effort has gained the title the #BeyGOOD initiative and there are a couple of ways that people can participate. Those with tickets to one of Beyonce’s World Tour concerts are encouraged to donate clothes at their local Goodwill (keeping the receipt) or to bring donations to the concert site. The first 100 people to donate items or show their receipts the day of the concert enter in a chance to be upgraded to Beyonce’s VIP areas.

The donations collected at each event will be sold in local communities, and the money will go towards Goodwill’s employment programs that help support people with disadvantages and disabilities. Goodwill career centers provide a number of helpful services for those struggling to find employment. The career centers offer various training opportunities, sessions on resume building, interviews, and professional dressing. The centers also supply access to important tools such as fax machines, computers and telephones. Child care services, youth mentorship, transportation and financial education are also available through the help of Goodwill.

With the help of Beyonce, Goodwill Industries International is expecting to receive major donations this holiday season and ultimately make a great impact on those without jobs, and families in need. 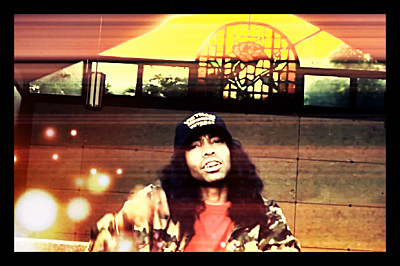 Most entertainers shirk social responsibility until they have struck commercial gold and attained stardom. In general, it is only then that they suddenly claim to be steadfast supporters of children in Africa or staunch opponents of animal abuse.

Up-and-coming rapper, Pepper Boy, defies this trend. Hailing from Little Rock, Arkansas, Pepper Boy is the definition of “real.” With a no-frills lyrical style, he is perhaps best known for the sincerity in his tone and the intensely personal nature of his music.

Although his latest mixtape, “Days of Grace,” has garnered critical acclaim–and though hip-hop heavyweight, Lil B, has recognized his music by rapping over his 2010 song, “Tha Parts”–Pepper Boy has yet to score a major label deal or perform at well-known venues. His relative lack of recognition by the masses, however, has not deterred the young rapper from making his activist voice heard–as both a musician and a philanthropist.

On his mixtape track, “Child Soulja,” Pepper Boy tells the story of a young child fighting in Joseph Kony’s Lord’s Resistance Army through a first person perspective. The track, which features a sped up loop of Cutting Crew’s 1986 hit, “(I Just) Died in Your Arms,” opens with the emotionally rousing lines, “Civil war changed everything … Joseph Kony—that’s the man. As a child, he put a gun in my hand. AK-47, almost tall as me. They burned the whole village; then, they took me.”

Similarly, despite lacking a million-dollar recording contract, Pepper Boy has made much of his music available for download via ReverbNation, through which 50 percent of proceeds for sales of select songs will go toward Keep a Child Alive–a non-profit supporting the welfare of families and children infected with or affected by HIV/AIDS. The organization currently works with individuals in Kenya, India, Uganda, Rwanda, and South Africa.

Pepper Boy’s openness to releasing unorthodox songs pertaining to international affairs is refreshing. Conversely, his selflessness in relinquishing potential profit in the name of charity is admirable. Few independent artists have taken such great strides in distancing themselves from material culture and raising awareness for the side effects of global poverty.

One can only imagine the impact Pepper Boy could make if he had a greater audience and more resources at his disposal.

In April 2009, Captain Richard Phillips was kidnapped from his cargo boat by Somali pirates who demanded $2 million for his release. The pirates held Captain Phillips for five days in a small lifeboat, before Navy SEALs stepped in to save the captain, killing three pirates in the process. Tom Hanks immortalized the hardship of the event in a movie entitled Captain Phillips, released October 11.

The film’s director, Paul Greengrass, attempted to depict the pirate captain, Muse, as a dynamic character and to show the viewers the reasons for his actions. Greengrass expands Muse as a character by including the events that lead him to kidnap Captain Phillips in the first place. Not surprisingly, they involve real threats to both Muse and his family. The kidnapping could also lead to something Muse’s poverty-stricken family desperately needed: money.

For about 15 years, Somalia has lacked a stable government. The country has been fighting a civil war, and their resources continue to dwindle. The Somalian economy depends heavily on agriculture and livestock, both ways of living which require significant amounts of land. But without a stable government to provide trusted contracts of land ownership, making an honest living in Somalia is difficult. Furthermore, crops are sensitive to changes in weather and livestock to unchecked disease. Due to these and other factors, at least 43 percent of the Somalian population lives below the poverty line.

The kidnapping of Captain Phillips shows that poverty can push people to crime in order to support themselves and their family. While not all criminals are influenced by poverty, if the U.S. works hard to help those countries most in need then the incidences of crime threatening national security will decrease. As Captain Phillips shows, the U.S. can help increase its national security by investing in international poverty alleviating programs. 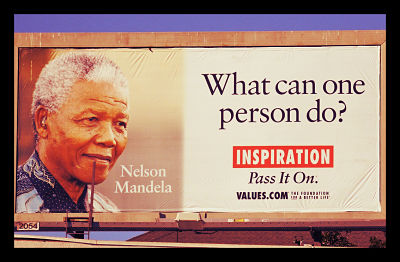 Some of the United Kingdom’s most popular musicians — the boy band, One Direction, and the solo heartthrob, Ed Sheeran — have joined the fight against global poverty. Both recorded sessions in support of the ONE campaign, an initiative that is striving to eliminate all significant fiscal inequities by 2030.

Although they just recently joined the ONE initiative, One Direction is not unfamiliar with charity and advocacy. Earlier this year, the band toured Ghana to record a single and raise money for the annual British philanthropic event “Red Nose Day.” Moreover, the band has offered to pledge over $319,000 from their upcoming tour in order to support cancer research. Tellingly, ONE’s collaboration with One Direction seems to be fitting not only in namesake, but also in the capacity of goals and hopes.

In the contemporary developing world, ONE has enacted major positive change on a global scale. The organization, comprised of over three million employees, campaigners, and advocates, has been working relentlessly to eliminate extreme poverty and preventable disease in Africa. Co-founded by Bono, the organization raises political awareness about critical illnesses like AIDS, whilst also investing significantly in nutritional and agricultural programs.

Due to the success of ONE’s programs, over 7.5 million people have been given access to life-saving medication in Africa, a prodigious increase from just 50,000 recipients in 2002. Instances of malaria have seen a 75 percent reduction since 2000. Furthermore, in the past 13 years, 51 million more children have access to primary school across sub-Saharan Africa, an increase that is unprecedented in the continent’s history.

Furthermore, ONE has collaborated with a wide-range of African activists and policymakers in order to shape an auspicious future. In working closely with these African leaders, the organization attempts to effectively eliminate corruption and aid misuse, helping to form a democratic and just society in which all, regardless of class or racial backgrounds, are protected and secure.

In light of its successes, ONE is not a grant-making organization and does not receive government or public donations. The organization maintains its funding through select philanthropists and organizations. Thus, advocacy, rather than fundraising, is key—ONE strives to educate the public of the fatal repercussions of rampant global poverty, inspiring a new generation of change.

With some of pop music’s most recognized faces leading the campaign, ONE is sure to receive an influx of attention in the coming weeks, which could, in turn, change the face of Africa. 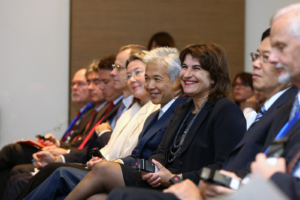 The Bazaar Stars Charity Night (BSCN) is the first charity auction party in China and also goes far in illustrating a new model of charity in China, which integrates fashion, charity, celebrities and the media while doing fundraising in the form of auctions.

Many national celebrities, including famous singers, actors, entrepreneurs and artists, attend the auction party and bid on luxury items each year, the funds of which go to those in need. The media and merchandise brand names are also very supportive.

Over the last 10 years, BSCN has collected about $25 million, sponsored 13 charity organizations and supported people and families in need. Moreover, in 2007, this event was the only charity event awarded with National Charity Award in China.

As more and more celebrities join the event, BSCN has become the biggest and most influential, non-governmental charity event in China.

Mang Su, the executive publisher of Harper’s Bazaar, initiated the event in 2003 and organizes it every year. In fact, Su is a leader in Chinese fashion and one of the top philanthropists in China. Her idea, “Making Charity Fashion,” has, moreover, created a new approach to philanthropy.

Su explained that philanthropy is not about living frugally and saving money for others, but about creating a more valuable society as a whole. “I want to contribute to charity in an innovative and fashionable way,” Su said. “Just like pursuing fashion, such as a gorgeous hairstyle or a beautiful lipstick. Everyone asks, ‘have you given to charity?’”

The purpose of the BSCN event is to help people to understand the importance of advancing society while creating their fortunes. “Not everyone can help others at the cost of his (or her) career, but everyone has a kind heart,” Su stated. “I hope this event can encourage people to express their kindness while fighting for their career and dreams.”

Xinyu Zhao, an investor of Gold Palm Club, bought a Dior sweet-smelling perfume for about $7,246.38. “I would never buy perfume for this amount normally, but this time it is for the charity. I feel very happy,” Zhao said.

Furthermore, Bingbing Li, a Chinese actress and singer, explained that the ten-year persistence of philanthropy is also a form of attitude.

At present, BSCN is not only an auction but also includes in its bag of delights, an evening banquet with dancing, which make the event even more fashionable. “With the development of society, more rich people are emerging. They have their own lifestyle,” Su said. She considers charity activities an elegant lifestyle and exclusive entertainment for the wealthy.

As more and more fashionable activities are related to some form of charity, Su believes charity events similar to the BSCN can bring wealthy celebrities closer to the idea of charity and bring them a deeper understanding of it.

“Some day, behind the rich lifestyle, people will find that it’s only by offering their love and generosity that they can realize their true class,” Su said.

Compared to China’s past charity activities, which were low key and mainly held by private individuals, current charity activities, such as the BSCN, have allowed the rich and famous of the Chinese nation to personally get involved to give back some of their fortunes openly and freely. More and more Chinese philanthropists are emerging, thus representing a new class of Chinese citizens who are on the way to understanding the concept of sharing.