Archive for category: ONE Campaign 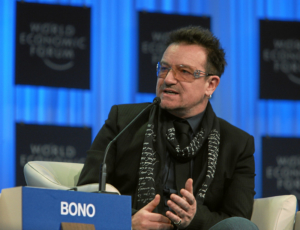 In 2004, Bono and Bobby Shriver co-founded the ONE campaign. It is an international non-partisan campaign that believes the fight against poverty is not about charity but bringing justice and equality. ONE aims to end extreme poverty and preventable diseases by 2030.

ONE pressures governments, either through grassroots campaigns or lobbying with political leaders, to do more to fight extreme poverty and preventable diseases. The campaign is not government-funded, and is financed entirely by individual philanthropists and corporate partners. The ONE campaign is made up of several celebrities and world leaders. U2- lead singer Bono and activist Bobby Shriver continue bringing in other leaders to aid in their efforts. The team, which includes former Prime Minister of the United Kingdom David Cameron and U.S. Senator Kelly Ayotte, works worldwide to fight extreme poverty. Volunteers make up the backbone of the ONE campaign. These volunteers mobilize education and advocacy efforts for people facing global poverty. Anyone can be a volunteer; artists, activists, students, leaders and celebs, including Ellen DeGeneres, Brad Pitt, Ryan Gosling, Liam Neeson and Jewel, are all working together to end extreme poverty and preventable disease by 2030.

The ONE campaign aims to end extreme poverty mainly in Africa’s Sub-Saharan region where 51 percent of the world’s poorest live. The campaign fights for several issues including no poverty, zero hunger and gender equality. To address zero poverty, ONE campaign leaders propose:

“In Europe, ONE has been a key part of several victories shoring up support for development. In March 2013, the UK became the first G8 country to reach the 43-year-old 0.7 percent target for international aid as a share of national income, which meets the commitment made by the coalition government after the general election of May 2010.”

Also, the ONE campaign played a large role in lobbying for a provision of the Africa Growth and Opportunities Act (AGOA) to pass. The provision “increases mutually beneficial trade ties between the U.S. and Africa and promises to lift people out of poverty and into employment and prosperity.” It passed the U.S. House and Senate in 2012

Since starting the campaign in 2014, Bono and Bobby Shriver have been working to bring in leaders and volunteers to join them in the fight against poverty. By mobilizing volunteers to educate and lobby governments, the ONE campaign has been able to influence a number of policy changes. These successes continue bringing the ONE campaign closer to its goal of eliminating extreme poverty by 2030. – Danielle BeattyPhoto: Flickr 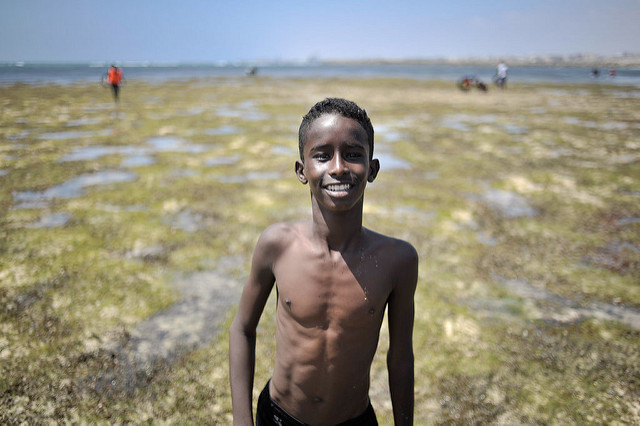 The ONE Campaign is an advocacy organization of more than nine million people around the world taking action to end extreme poverty and preventable disease, particularly in Africa. The accomplishments of ONE have been achieved through their work of raising public awareness and educating policymakers about the importance of smart and effective policies and programs to save those in the poorest countries. They engage in grassroots and direct advocacy with policymakers and key influencers around the world in support of such policies and programs.

Four of the major accomplishments of ONE include:

Through the Promising Practices in Refugee Education initiative, a partnership of Save the Children, Pearson and UNHCR, ONE shows how the global community can improve access to education for refugee girls in three ways:

The accomplishments of ONE are seen in their efforts to empower girls, women, refugees and people in poverty through education, legislation and advocacy. Their goals, policies and programs are a key part of the global fight to end poverty.

Although the fight to end global poverty is still an uphill battle, there are a lot of people who are making a difference. From celebrities to CEOs, a variety of influential leaders have created organizations to bring more awareness to poverty around the globe. While some of these organizations work together to create a larger impact, it is the founders who have made it possible in coming closer to create better living conditions for people around the globe.

Bill and Melinda Gates are both influential leaders in the movement to end world poverty. The Gates Foundation tackles issues from global health to global development, focusing on creating the best living conditions in the most efficient ways possible. Bill Gates has recently partnered with engineer Peter Janicki, where they have developed a machine that turns human feces into clean water and electricity. “The machine’s purpose is to help the 783 million people living without clean water and the nearly 2.5 billion who don’t have adequate sanitation,” according to NPR’s Linda Poon. With Bill Gates’ technological knowledge, developments in better hygiene will further help people in poor countries.

Ten years ago, Bono’s organization ONE utilized the status of famous celebrities to raise awareness about the developing world. Its focus is in Africa, but the organization is passionate about ending poverty and preventable disease around the globe. The most popular accomplishment the organization has achieved is the (RED) campaign. By partnering with multibillion-dollar corporations they have “generated more than $300 million for The Global Fund to support HIV/AIDS grants.”

In May 2013, Mark Goldring was appointed chief executive of Oxfam International. The organization focuses on six key issues to help the developing world. Equality, sustainability and giving voices to the voiceless are some of the topics the organization has tackled. The organization works around the world with 17 congregations to maximize its progress. “Oxfam is determined to change [the] world by mobilizing the power of people against poverty,” according to the organization’s website.

These are only a few of the people taking a stand against world poverty. Organizations like The Hunger Project, UNICEF and Care are bringing the world closer to a poverty-free world. As more developments and strategies are created, these organizations will be able to generate awareness in ending global poverty.