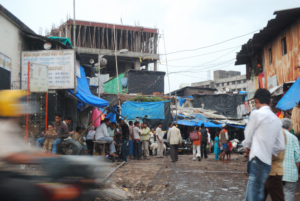 Seventy-five percent of women in India buy sanitary napkins in a brown paper bag or wrapped up in paper because they feel immense shame related to menstruation. This is especially common in more urban areas like Delhi and Mumbai. There is a clear stigma surrounding menstruation in Mumbai, which greatly increases health risks because women are not taking care of their bodies as they should be.

Whether over fear of social discrimination or other reasons, many women change their attitudes and behaviors during menstruation. For example, nearly 50 percent of respondents to a survey by Quartz Media reported that they do not share a bed with their significant other during their periods. Other actions include isolating themselves in their bedroom, avoiding touching food due to a fear of contamination and using old rags rather than sanitary napkins so that shopkeepers do not judge them.

Recent movements have begun in order to destroy this stigma surrounding menstruation in Mumbai and throughout India. Myna Mahila Foundation is an organization that is attempting to make menstruation a less shameful topic.

In 2015, a college student studying at Duke University discovered how she would contribute to this movement. While volunteering in the slums of India, Suhani Jalota looked at the women around her and came to a realization. Jalota recognized that, in a place where menstruation was considered impure, the solution was to talk about empowerment.

With support from her father, Jalota launched the Myna Mahila Foundation in order to employ poor women in Mumbai. She wanted to train the organization’s employees to be entrepreneurs who could create their own products for income. These products just happened to be sanitary products for menstruation and maternity.

Jalota wanted to teach women how to be comfortable talking about their bodies and the natural bodily function of menstruation. She began by employing four women, training them to feel comfortable describing how pads work and then selling them door-to-door.

A few years later, the Myna Mahila Foundation now employs close to 20 women, has sold over 20,000 pads and has over 1,000 loyal customers. The dedicated team, aside from making and selling menstrual and maternity products, also holds workshops and camps to educate women and foster leadership development throughout the community in Mumbai. Its focus on generating empowerment for women has certainly paid off.

One testimonial cited on the foundation’s website says “Before I joined Myna Mahila Foundation, I would be scared to even leave my house to go to the market. But the women I have met here have changed my life – they help me realize my self-confidence and stand by me when I need help. I never want to go back home at the end of the day, as I learn I can only hope that we have many more Myna Mahila in the time to come!”

Jalota’s inspirational goal came true because of her determination to make a change and the support she has received from her family and community. By working together, they are challenging the stigma surrounding menstruation in Mumbai and giving women the confidence they need to chase down their own dreams just like Jalota has. Dabbawala, the legendary lunch delivery system in Mumbai, India is known worldwide for its reliability. They have delivered lunch in dabbas (lunch boxes) prepared in customers’ homes to their offices for the last 125 years. Every day the Dabbawalas, which translates to “ones who carry the box,” collect lunch boxes from over 200,000 homes and deliver them to their customers’ offices, and then deliver the boxes back to their homes on the same day. These men have a reputation for battling all kinds of weather, floods and even riots to provide their services mostly on foot or bicycle.

A few years back, the Dabbawala Foundation started a new initiative for feeding the poor of Mumbai, in association with Happy Life Welfare Society, a nonprofit organization. The process is very simple: every customer is given stickers and whoever wishes to share their lunch puts a sticker on their lunch box. The boxes with stickers are separated and then distributed through a network of volunteers. As a result, tons of food that would otherwise go to waste every day reaches the needy on the streets with the help of the most efficient delivery system in the city. This is a small step, not a complete solution to the vast starvation problem. But it is a great beginning.

About 400 Dabbawalas have also started a Roti Bank, a campaign for feeding poor and starving people in Mumbai. They work with party planners and caterers to help reduce food waste that happens at celebrations and weddings. The Dabbawala distributes the food after their shifts from 6 to 9 p.m. each day, feeding the poor of Mumbai.

Apart from the above initiatives, the Dabbawalas are also brand ambassadors for the Clean India Campaign, a volunteer campaign to clean different parts of the city. The Dabbawalas have become an inspiration for many as they use their efficiency and skill to feed the poor of Mumbai.