Archive for category: Ministry of Health 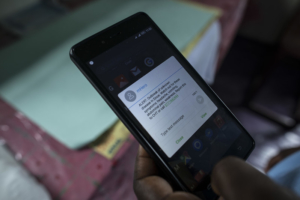 A recently developed mobile application, called mHERO, has become one of the latest mobile applications to demonstrate the powerful and wide-reaching role that technology plays in health-sector communication. Created in 2014 by IntraHelath International and UNICEF, mHERO is a mobile-based application used by healthcare workers and ministries of health in order to communicate and coordinate effectively and efficiently. The application was developed during the 2014 Liberian Ebola outbreak after recognizing the need for a way to communicate urgent messages to frontline healthcare workers, to collect data concerning outbreaks development, and to provide support and training.

Messages sent through the application are transmitted through basic text or SMS. The app is compatible with most cellular devices. By merging existing health information systems, such as Integrated Human Resources Information System (iHRIS) and Fast Healthcare Interoperability Resources (FHIR), with popular communication platforms, such as RapidPro, Facebook Messenger and WhatsApp, mHERO acts as a cost-efficient, accessible and sustainable resource for many healthcare systems.

The 2014 West African Ebola outbreak overwhelmed the Liberian healthcare sector. The absence of effective communication channels blocked the supply of vital information from health officials to health workers. UNICEF and IntraHealth International created mHERO to address the communication challenge. The application was initially designed to suit the needs of the Liberian healthcare system, utilizing the technology that was already available in the country. It then became the responsibility of the ministry of health to effectively manage and maintain the application’s implementation and its continued use.

Liberia utilized mHERO to validate healthcare facility data, to update health workers and to track which facilities need additional resources. Today, health officials use mHero to coordinate the country’s response to COVID-19. mHERO has become an integral part of the Liberian healthcare system, maintaining a vital role in health-sector communication.

Guinea, Mali and Sierra Leone followed Liberia’s lead with the mHero integration process. The implementation guidelines and intent of use in these countries have generally remained the same as Liberia’s. Mali, however, has implemented the application with a need to train and develop the skills of healthcare workers.

Uganda, as of 2020, has also incorporated mHERO into its healthcare system with the intent of reducing the spread of COVID-19. The application has allowed for easier COVID-19-related communication between ministries of health, health officials and healthcare workers.

Uganda employes a developed form of the application with an extension called FamilyConnect. The extension sends “targeted lifecycle messages via SMS to pregnant mothers, new mothers, heads of household and caregivers about what they need to do to keep babies and mothers safe in the critical first 1,000 days of life” as long as they have been registered with the Ministry of Health’s Reproductive, Maternal, Newborn, Child and Adolescent Health (RMNCAH). Mothers can register themselves or can choose to have registration done by a community health worker.

UNICEF and IntraHealth International want to expand access to mHERO. Counties in East and West Africa have indicated an interest in implementing the application. UNICEF and IntraHealth International intend to continue to support the ministries of health and healthcare systems in which mHERO has already been implemented. They also hope to find new ways to encourage ministries of health “to understand the interoperability of the technology, the processes for implementation and best practices to using mHero data.”

Overall, mHERO has substantially improved health-sector communication within several countries, proving the application’s potential for revolutionizing health-sector communication throughout the world. Developments can be made to expand the application’s capabilities and reach, as proven in Uganda. The application is a sustainable and cost-efficient resource for healthcare systems and helps reduce the chances of premature death along with the spread of diseases and misinformation. It provides crucial support to healthcare workers, especially during times of epidemics, increasing the overall quality of healthcare and life. 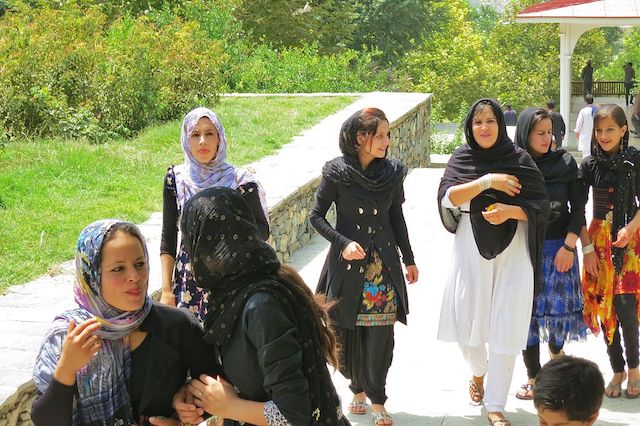 Decades of violent civil war and political unrest have debilitated Afghanistan’s healthcare system and led to the populations’ exceedingly high rates of mental illness. In 2004, Afganistan’s Ministry of Public Health (MOPH) declared mental health in Afghanistan a top priority. Today, the National Strategy for Mental Health (NSMH) is taking a multifaceted approach to improving the mental health of Afgan citizens.

The National Strategy for Mental Health aims to provide a “community-based, comprehensive” system with “access to treatment and follow up of mental illness and related conditions.” One of the primary goals of this system is to integrate mental health services into Afghanistan’s Basic Package of Healthcare Services (BPHS). Within the first 10 years of mental health integration into the BPHS, 70% of patients utilizing mental health services reported “significant improvement.” Other developing countries may wish to follow Afghanistan’s lead and to begin implementing their own mental health initiatives.

Mental health surveys of Afgan women in Taliban-controlled areas exemplify the link between stress and mental illness. Women living in these areas report experiencing gender segregation and violent treatment. This includes restricted employment and education as well as domestic abuse and lack of health resources.

A survey of 160 Afghan women during the 1996-2001 Taliban regime showed many Afgan women suffer from mental illness. The survey results displayed that out of the 160 women,

The National Institute of Mental Health reports that people suffering from mental illness can potentially die anywhere from 13 to 30 years before their counterparts with no mental health problems. The integration of mental illness into general health equips primary physicians with the resources and training to diagnose and treat conditions. Transferring training and resources to primary health caregivers makes mental health services more accessible to the general public.

Afghanistan’s NSMH recognized that medication alone cannot fix mental health problems in Afghanistan. Medication treats the symptoms of trauma, not the source. This can lead to social isolation. This research led the NSMH to switch from a strictly medical treatment plan to a biopsychosocial treatment plan. This provides patients with counseling services, including stress management and domestic violence training for community health workers and teachers.

Before 2004, there were no psychiatrists working for the government. Furthermore, mental health receives less than 1% of physician training. After the integration of mental health services into the BPHS, each district hospital in Afghanistan has a full-time mental health physician who has received a two-month training in psychiatric care.

Furthermore, in 2001, only 10% of the Afghan population lived within a one hour walk from a health facility. The BPHS increased the presence and accessibility of health facilities serving mental health in Afghanistan. Afterward, the overall patient visits to health facilities grew from two million to more than 44 million per year, which shows that the facilities were utilized frequently. In 2004, 22% of the health facilities served a minimum of 750 new patients per month. In 2008, 85% did.

Especially in developing countries, prioritizing mental health creates a more sustainable economy. According to the World Health Organization, depression and anxiety account for $1 trillion per year of lost or diminished output in the global economy. Additionally, when workplaces do not provide mental health resources, they lose the equivalent of 45 years of work per year. Mental health consequences on the economy and a population’s health are even greater in low-income countries due to the increased prevalence of stigmatization, superstition and treatment inaccessibility.

In addition to ethical incentives, governments have economic incentives to provide mental health services and resources because there is an economic advantage to having a healthy workforce. A failure to recognize and support populations suffering from mental health problems leads to a loss in economic productivity. Globally, every $1 that is invested in mental health disorder treatment translates to $4 in productivity and well-being.

Afghanistan’s next goal is to increase access to the BPHS for the remaining quarter of the population who still struggle to acquire health care. The growth of the BPHS and the Afghan government’s promise to expand its services to reach every citizen requires some economic input from international donors; however, the BPHS does not intend to rely on international donors forever. The World Bank, European Union and United States Agency for International Development (USAID) have been the largest donors to Afghanistan’s BPHS since the creation of the BPHS. However, each has diminished their contributions over the years.

Between 2003 and 2009, each of their individual financial contributions funded about one-third of the BPHS resources for mental health in Afghanistan. These contributions also supported technical and infrastructural support by funding construction and renovation of health facilities as well as road work projects to increase accessibility for rural populations. Between 2010 and 2012, USAID cut its contributions from $4.5 billion to $1.8 billion. Until the MOPH finds permanent funding for mental health in Afghanistan, the funding will come from donors, taxation, public spending and out of pocket pay for patients.

To fully universalize accessible and affordable mental health resources, the world, and particularly global leaders such as the United States, must continue to invest in mental health and commit to fighting poverty worldwide. Reducing global poverty reduces civil unrest, which decreases the rate of mental health problems. The World Bank, European Union and United States Agency for International Development (USAID) are the largest donors to Afghanistan’s BPHS. Continuing global support for mental health strategies helps not only poverty-stricken countries address mental health needs, but supports the global economy by increasing each populations’ well-being and productivity.