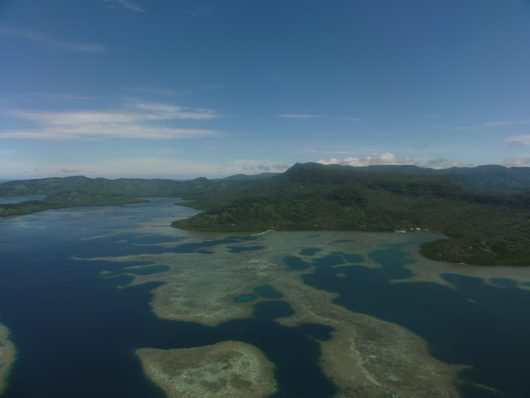 The Federated States of Micronesia is comprised of more than 600 islands in the western Pacific ocean, broken down into four nation-states: Pohnpei, Kosrae, Chuuk and Yap. In recent years, the main focus for the government has been to foster sustainable agriculture in Micronesia, for the sake of farmers and the Micronesian economy.

Agriculture is a very large part of the Micronesian economy, and the majority of its economic activity revolves around subsistence agriculture and fishing, some of the country’s main crops including breadfruit, banana, taro and yams, its main exports being fish, black pepper and betel nut.

However, despite the fruitfulness and diversity of the Micronesian food supply, local communities have little opportunities to purchase fresh produce, because the majority of produce available in Micronesia is imported and expensive. The truth is that Micronesia can improve its agricultural environment by taking advantage of adequate resources and skilled farmers to improve the situation.

Virendra Verma, a researcher and faculty member at College of Micronesia – FSM, brought up key issues surrounding sustainable agriculture in Micronesia approximately nine years ago. In his research, his most prominent suggestion was finding more effective ways for farmers to raise livestock and grow food without wasting resources. He believed the best way to do this would be to train local farmers on how to effectively use sustainable and integrated agricultural systems.

Some specific objectives of the project are as follows:

In the proposal year, this project was awarded $38,220 and approved by Sustainable Agriculture Research and Education (SARE). From 2009 to December 2011, Dr. Viendra’s plan proved to be active and successful, as it resolved many concerns within Micronesian agriculture.

The program held training for agricultural professionals that focused on key concerns within the scope of food security and family well-being. Activities in the training included presentations, hands-on activities, discussions and a variety of “field trips” that covered topics such as vegetable production, chicken farming and food processing. Additionally, workshops were taught covering a wide range of topics, also focusing on food security and sustainable measures.

In total, 80 people attended training activities in Chuuk, Palau and Yap, and participation was nearly equal for males and females; 47 percent of the participants were male and 53 percent were female. Likewise, 13 percent of the program participants were agricultural extension agents and 23 percent were farmers. This diverse turnout and the information relayed through the training made this program widely successful and beneficial in terms of improving sustainable agriculture in Micronesia.

The training, workshops and presentations that shaped this program were crucial in increasing the local population’s awareness regarding the importance of implementing effective and sustainable agricultural production. Due to the training, farmers are now able to make better use of their crops, and they are able to produce at higher rates, both things that have the power to improve the Micronesian economy in the coming years. 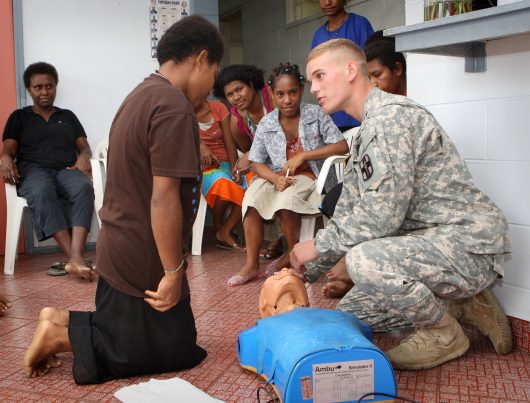 Micronesia — also known as the Federated States of Micronesia — is a country in the Pacific Ocean made up of more than 600 islands. The country contains four island states named Pohnpei, Kosrae, Chuuk and Yap, and its capital, Palikir, is located on Pohnpei.

Micronesia is at risk of typhoons and super typhoons, which can cause widespread disaster through the islands. In 2008, the United States Agency for International Development (USAID) took over humanitarian aid to Micronesia. Previously, the U.S. Department of Homeland Security Federal Emergency Management Agency (FEMA) provided humanitarian assistance to Micronesia.

USAID, along with the International Organization for Mitigation (IOM), has introduced many programs to help bring humanitarian aid to Micronesia. In an effort to help the most people, the agency is focusing on disaster mitigation. Specifically, in regards to typhoons.

Shortly after taking over funding for humanitarian aid to Micronesia, the United States Agency for International Development funded the Hybrid Mitigation, Relief, and Reconstruction Program which ran through 2013. The International Organization for Mitigation (IOM) also managed and implemented various planning and pre-positioning efforts in Micronesia in areas that are most likely to be hit by natural disasters.

Since Typhoon Maysak, which passed through Micronesia in the spring of 2015, more than $6 million has been spent on humanitarian aid to Micronesia. Most of this funding went towards the United Nations Food and Agriculture Organization, which helps households affected by typhoons. Their efforts include shelter coordination, sanitation, clean water and hygiene interventions.

Also in 2015, in the wake of multiple typhoons and super typhoons from 2013-2015, the United States Agency for International Development, introduced the Disaster Preparedness for Effective Response (PREPARE) Program. Again, this program was implemented by the International Organization of Mitigation. This program pre-positions humanitarian relief supplies, reconstruction and housing infrastructure. The goal of the program is to quickly bring relief to those affected by typhoons in Micronesia and increase the resilience of the nation by mitigating the effects of natural disasters. Thankfully, this program is still in effect, as of 2017.

Most of these efforts are spread through the entirety of Micronesia, but Chuuk and Yap, the most western island states, receive more aid since they are more likely to suffer from a natural disaster. As these programs continue, Micronesia has a great chance of recovering faster and suffering far less damage from any future natural disasters.