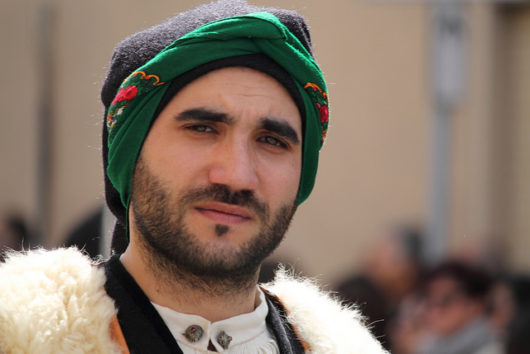 Sardinia, Italian Sardegna, is an Italian island in the mediterranean sea that is no stranger to poverty. The economic hardship increased after the 2008 recession. Beginning in 2010, a variety of workers and artisans found themselves at risk of losing their jobs. For example, shepherds and independent farmers were losing business to larger farming companies and small entrepreneurs and independent contractors had to compete with privatization. So, they took to the streets of the regional capital city in Cagliari in protest. Now, Italy is looking to sustainable development and ecotourism to alleviate poverty in Sardinia.

Italy really began showing signs of economic recovery in 2017. In the first quarter of 2017, its GDP went up 0.5 percent, business morale was at its highest in a decade and export volumes had risen 2.8 percent over the first eight months of the year. The economic recovery, however, has not played out evenly. Life is getting worse for many Italians. The number of Italians living in extreme poverty had increased from 4.7 million in 2016 to 5 million by the end of 2017 despite that fact that the economic recovery has slowly been gaining traction on a macro level.

Poverty in Sardinia did not skip a beat. The percent of poor individuals living in Sardinia increased from 16 percent in 2016 to 21.4 percent in 2017, according to ISTAT. To compound the issue, the unemployment rate in Sardinia was 17 percent in 2017, which was considerably higher than Italy’s overall 11 percent rate in 2017. The island suffers from high emigration, a negative rate of population growth and a low population density of 40 inhabitants per square mile, which is almost one-third of the average in Italy.

Despite the issue of poverty in Sardinia, the inhabitants of the island live a very long time, especially in the village of Tiana where the proportion of centenarians is found to be 3 times higher than in other parts of Italy. Researchers believe this is true because of the social fabric of the region. The elderly in Tiana tend to lead longer and happier lives because of the degree of social interaction they enjoy. Italy is working to improve condition on the island by capitalizing on the history and culture of the region.

Efforts to Combat Poverty in Sardinia

To combat poverty in Sardinia and promote economic development, the country has embraced a model of sustainable development. In 2013, the island became the first sustainable destination in the Mediterranean. Part of Sardinia’s commitment to sustainability comes from the fact that the island is a huge promoter of green energy, hosting more than 2000 companies in the green supply chain and using renewable energies through its numerous wind and solar farms.

Ecotourism is gaining momentum on the island. Almost 200,000 more tourists visited the Sardinia in April and May 2017 than in the previous year during the same time. Sardinia’s beautiful coasts boast nearly unspoiled beaches and reefs. Tourists can go diving to see the protected marine life or one of the many underwater archeological sites in the region. There are a variety of things to do and see on the different islands in Sardinia depending on the interests of the tourists.

Tourism in the summer months is very popular and helps to combat low employment rates. The ecotourists and elites that visit the island during the summer months bring employment and capital to the coastal regions of the island, but the interior does not benefit from summer tourism. Sardinians living in the interior have recently taken strides to develop a cultural tourism industry. Sardinians who live in the interior believe there is an opportunity for increased tourism since the heritage of the island–cultural, linguistic, artistic and musical–has been fiercely preserved. They have begun attracting tourists to the interior by hosting successful festivals that draw out the unique characteristics of each region.

Although there is still a significant number of people living in poverty in Sardinia, efforts are underway to greatly alleviate the situation by capitalizing on the island’s beauty and rich cultural history. Ecotourism and sustainable energy are going a long way to improve the living conditions in Sardinia and bring in new business opportunities to continue building a prosperous economy. 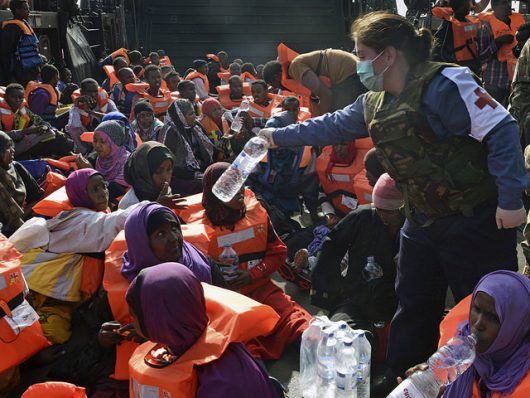 Small overcrowded boats are often used by thugs and smugglers who charge over a thousand dollars per person for abusive transportation from Africa to Europe. These boats, piloted by unskilled captains, are not built for open water travel or to withstand the ever-changing weather of the Mediterranean Sea. This is why countries most affected by the smuggling activities are prioritizing the rescue of migrants crossing the Mediterranean Sea.

Rescuing migrants crossing the Mediterranean Sea is no easy task — especially if your nation is split by a power vacuum caused by a civil war. Libya is a popular starting point for many migrants who plan to cross over the sea to Italy. Aside from being geographically close to Italy, the Libyan government and its navy are underfunded and trained. This status makes it difficult to thoroughly patrol the north African nation’s coastline.

Italy has taken the brunt of migrants crossing the Mediterranean with nearly 120,000 migrants arriving to its borders in 2017, and almost 190,000 in 2016. The migrant crisis was one of the most important issues during the recent Italian election, which helped to bring a coalition government of two eurosceptic parties to power.

Rescuing migrants crossing the Mediterranean Sea is still important to Italy; in fact, $52 million has been pledged to increase Libya’s capacity to combat human smuggling through 2020.

According to international maritime law, all vessels, private or otherwise, must rescue those in need. The vessel’s origin does not mean that the rescued people are now the responsibility of its national origin; but where the rescued people are put ashore does. This has put Proactiva Open Arms in conflict with the Italian government.

When Proactiva Open Arms volunteers and their boat brought migrants to Italy in April 2017, the volunteers were arrested and their boat impounded. The Italian government sought to press charges against the volunteers for bringing the migrants to Italy and not back to Libya, but a Sicilian judge disagreed. The judge agreed with the Proactiva Open Arms volunteers who claimed that Lyiba does not have the proper resources to help the migrants and that they would face abuse as a consequence.

Rescuing migrants in the Mediterranean is a messy business. Countries such as Italy do not want to see people die at sea at the hands of neglectful smugglers, but they also have trouble dealing with the influx of migrants at home. Charities want to help people who are taken advantage of and help them to a better life; but oftentimes these organizations are not always supported. This difficult task does not seem to let up any time soon, and could possibly get worse.

A combined effort is needed to protect people. More should be done to lessen the need for people to flee from their homes, and governments need to step up to protect the human rights of those in need — especially to save helpless children at sea. 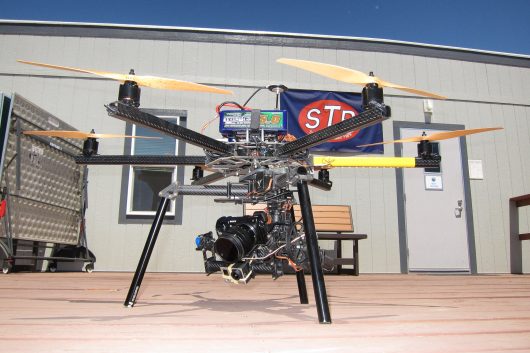 Since 2014, 10 people have died every day attempting to travel to Mediterranean countries by sea. The Drones for Refugees project wants to make the voyage safer.

The drones livestream areas heavily trafficked by refugees in the Mediterranean Sea and use infrared sensors to allow easy viewing at night. The drones run on solar batteries and use wireless internet connection, requiring little human involvement. Workers in ground stations monitor the footage on a computer or mobile device and collect information such as the number of people on a boat, the coordinates, whether the route is correct and whether there are enough life vests. In the case of an emergency, monitors quickly alert rescue crews. Newer drone prototypes carry an emergency aid package that can be released when needed. This quick response can save many lives.

The prototype was tested in Lesbos between July and August 2016. A more advanced version will debut in Sicily in the spring of 2017. Drones for Refugees is currently self-funded, but with help from investors and donors, the organization hopes to produce larger drones capable of traveling longer distances.

Project director Mehdi Salehi originally co-founded Good Drones, an innovation and design lab focused on using drones to solve social problems. Drones for Refugees is only one of the projects of the Good Drones initiative. Salehi was inspired by news footage of Syrian refugees traveling on worn-down boats in the middle of the Mediterranean Sea, as well as his own personal experiences.

In 2001, Salehi was an Afghani refugee. He and a friend traveled to Greece on a small boat. Once he arrived in Greece, Salehi was imprisoned for five months. Eventually, with the help of a Greek lawyer, he was able to receive political asylum. He went on to graduate from the University of Volos and moved to New York to attend Parson School of Design. He says about his experience, “I was very lucky. I got a lot of support from people that met me along the way, especially in Greece. They encouraged me and believed in me. Refugees and migrants, that’s what we need: an opportunity to thrive.”

For refugees, crossing the Mediterranean can be an exhausting and terrifying experience. Drones for Refugees wants to ensure that refugees are given a fighting chance to escape the violence and oppression in their home countries.