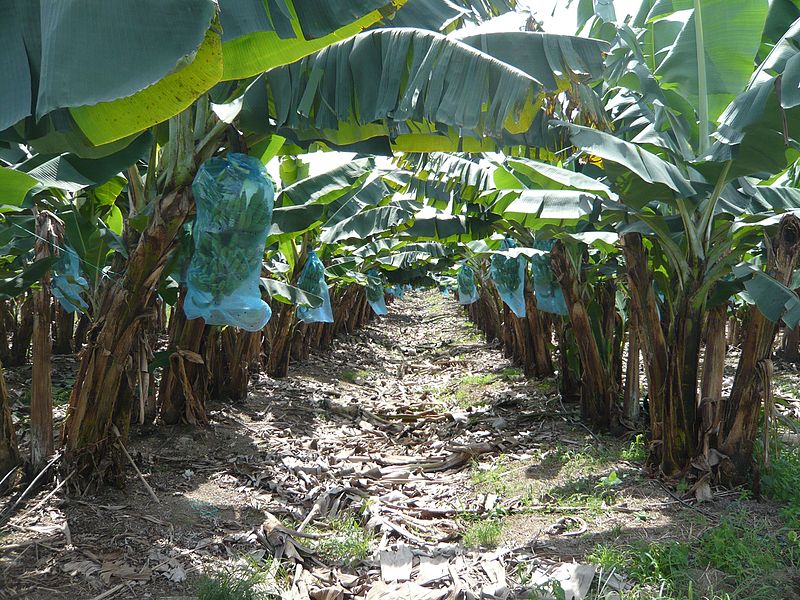 From 1972 to 1993, Martinique used the pesticide chlordecone in banana plantations to eliminate the weevil, a type of beetle that was infesting the lands. Mainland France banned the use of this extremely toxic pesticide. However, the French government still authorized its use in the French West islands of Martinique and Guadeloupe. The chemical contaminated over 20,000 hectares of land between both islands. The world finally banned chlordecone production in 2009. However, it was too late to reverse the health damages Martinique’s pesticide poisoning left on the people of Martinique and the environment.

For almost five decades, the people of this island have been dealing with serious public health issues that chlordecone caused. Some of the issues include prostate cancer, nervous system disorders, high rates of premature births and exposure through breast milk. There is no viable decontamination method. In addition, traces of the pesticide will likely remain in the soil for at least 700 years. Martinique’s pesticide poisoning will come under control once the French government provides the funding for research that will allow a deeper understanding of the situation.

The People of Martinique

Ninety-two percent of the citizens on this island have tested positive for chlordecone poisoning. Contamination has reached the water and food supply, livestock and even marine life. This slow poisoning has caused many mothers to have premature babies. As a result, premature births are four times higher than the national average in Martinique. The contamination also affects the island’s men. Martinique has one of the highest prostate cancer rates in the world with 577 new cases reported in 2018.

The pesticide is also affecting the children of Martinique. Nineteen percent of children tested for chlordecone exceeded the toxic dose. Contaminated and breastfeeding mothers are unintentionally poisoning their children through their milk. As the kids grow older, dietary exposure to chlordecone continues. This will increase their chances of developing cancer later on in life.

The Economy of Martinique

Because chlordecone poisoning has reached the waters surrounding Martinique, fishermen are having trouble staying in business. Thirty-three percent of coastal waters surrounding the island has a ban on fishing to prevent more citizens from eating poisoned food. Although this ban has kept the citizens safe, many families who rely on fishing to make a living are now struggling financially. The French government is providing some aid to these families. However, reports indicate that only 50 out of 506 fishermen received any aid. Depression and suicide are common within the fishing communities in Martinique.

Chemical contamination is also hurting the island’s exports. Martinique can no longer export much of the foods grown on the island to mainland France due to its lack of safety. This has not only hurt the economy but has also caused an uproar and a call for justice for the people of Martinique. France has banned the contaminated food. However, many in Martinique only have contaminated food. Many of the island’s citizens find this unfair. People started protests and campaigns in an attempt to get the attention of the French government. In September 2019, the president of France, Emmanuel Macron, made a pledge to increase the budget for food controls of contaminated lands.

The Solutions for Martinique’s Pesticide Poisoning

Despite the lack of action by the French government, the farmers of Martinique have started to search for alternative solutions. Many of them are starting to grow their crops above land by using trees. Chlordecone is unable to travel through tree trunks which means that any crop that grows through trees will be chlordecone free. Lab testing has confirmed the lack of the toxic chemical in their crops. They are able to provide the people of Martinique with safe foods.

Along with growing food above land, farmers have started using alternative substances such as aldicarb, isophenphos, phenamiphos, cadusaphos and terbuphos which has stopped further spread of the toxic pesticide. 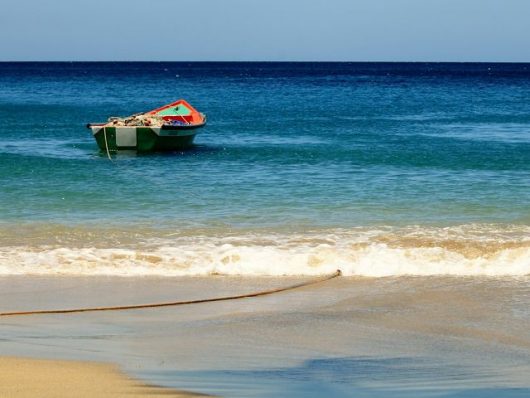 Martinique is a satellite nation of France located in the Caribbean. Its economy is supported by the production of items like rum, sugar and bananas, and by the spending of the French government. This makes the nation better off than some of its Caribbean nation neighbors.

On the World Food Programme’s 2011 Hunger Map, Martinique was listed as a Category 1 country, with less than five percent of its population undernourished and experiencing hunger. This puts Martinique at extremely low risk for hunger and malnutrition, on a similar level as countries like the United States.

More concerning for Martinique is the presence of a dangerous pesticide, Chlordecone – found in the soil and in plants – that has been causing inflated rates of prostate cancer in men for decades. It is estimated that 80,000 people or more in Martinique live in areas where the soil is contaminated by Chlordecone. About 13,000 of these people absorb much more than the recommended daily dose of the pesticide just by eating their own plants and produce that they’ve grown themselves.

Fisheries have also suffered from the effects of Chlordecone poisoning, as many lobsters and fish in the area contain an unsafe level of the toxin. Poor people and farmers are most affected by these rates of poisoning because of the loss of fisheries and agriculture.

For every 100,000 men in Martinique, 227 have prostate cancer – an alarming rate considering the drastically lower numbers in neighboring countries. Prostate cancer, along with breast cancer in women and cognitive malfunctioning in children, has been linked to exposure to Chlordecone.

It is estimated that it will take another 600 years to reduce the current amount of Chlordecone in the ground, so this is a problem that aid groups and foreign countries must help the people of Martinique learn to live with.

Recently, the French Overseas Minister to Martinique, Victorin Lorel, has created a $2.66 million aid package for Martinique’s fishermen to ease current and future industry loss. He has also promised a new and “ambitious plan” for fisheries in Martinique and other French islands.

The European Union has similarly allocated €520,951,695 to Martinique between 2014 and 2020. This money is intended to rebuild infrastructure, implement sustainable energy production, improve the skills of poor people in Martinique, and ultimately raise quality of life by lowering the poverty rate.

There are many other organizations involved in solving the problem of hunger in Martinique; their projects include setting up food and clothing drives to raise necessary funds. With continued efforts, it is possible that the poverty rate in Martinique will decrease, which will in turn have a positive effect on reducing hunger due to Chlordecone poisoning. 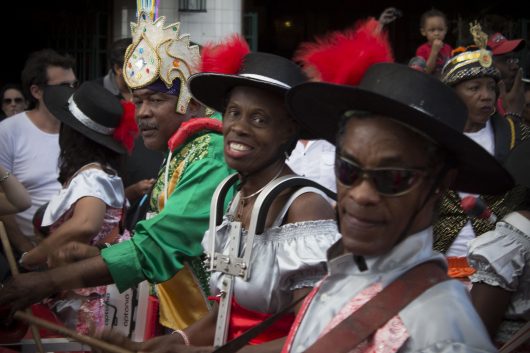 Martinique is a small island in the Lesser Antilles of the Caribbean. This insular region of France has a population of 385,551. The official language is French, but the local Antillean Creole dialect is still widely spoken. Despite Martinique’s Human Development Index (HDI) of 0.946, which is the 24th highest HDI in the world according to the United Nations, the country has fallen victim to a series of economic and environmental misfortunes in recent years.

Another problem facing Martinique and neighboring islands like Guadeloupe is the pollution of Chlordecone, an endocrine-disrupting pesticide that was used on banana farms in the Basse-Terre area of Guadeloupe which lies 105 miles north of Fort-de-France, Martinique’s capital city. “The chlordecone is trapped in the mud on the estuary and is released every time there’s a storm. It will go on for generations,” says Nicolas Diaz, a biologist working for Guadeloupe regional council.

France gave $33 million between 2008 and 2010 to access the scope of the pollution, and conduct research. Scientists of the report concluded that the pesticide has entered into many aspects of Martinique’s food and drinking supply, as well as the environment; introducing a lot of serious health problems onto the island, including a rise in prostate cancer. The poor are the ones that are affected most by chlordecone pollution. “About 80,000 people live in areas where the soil is contaminated and 13,000 absorb more chlordecone than the reference dose per day, simply by eating their own vegetables,” according to professor William Dab, head of the Science Committee for the Martinique and Guadeloupe Chlordecone Plan.

Fishermen have also taken a toll from the pollution as the local lobster and fish populations contain unsafe levels of the pesticide. In response, French overseas minister to Martinique, Victorin Lorel, a native of Guadeloupe, has been instrumental in advocating for a $2.66 million aid package to Martinique’s fishermen to ease the industry loss now and into the future. Lorel also has promised a new “ambitious plan” for fisheries in France’s lesser Antilles overseas departments.

The European Union, as a part of its goal to bring all EU members up to Europe 2020 targets for smart, sustainable, and inclusive growth has allocated €520,951,695 between 2014-2020 to Martinique. The aim is to rebuild infrastructure, increase renewable energy production, improve the skills of the impoverished population and generally raise the quality of life, by lowering poverty.

In addition to the incredible contributions from the EU and the French government, there has been a large effort in France to provide humanitarian aid to help with poverty in Martinique. There are numerous organizations that are involved in providing human services/sending volunteers to the satellite territory, as well as setting up food drives and clothing drives to try to lower risks of poverty in Martinique. It is encouraging to see different entities join together to provide this French outer department hope for their future.