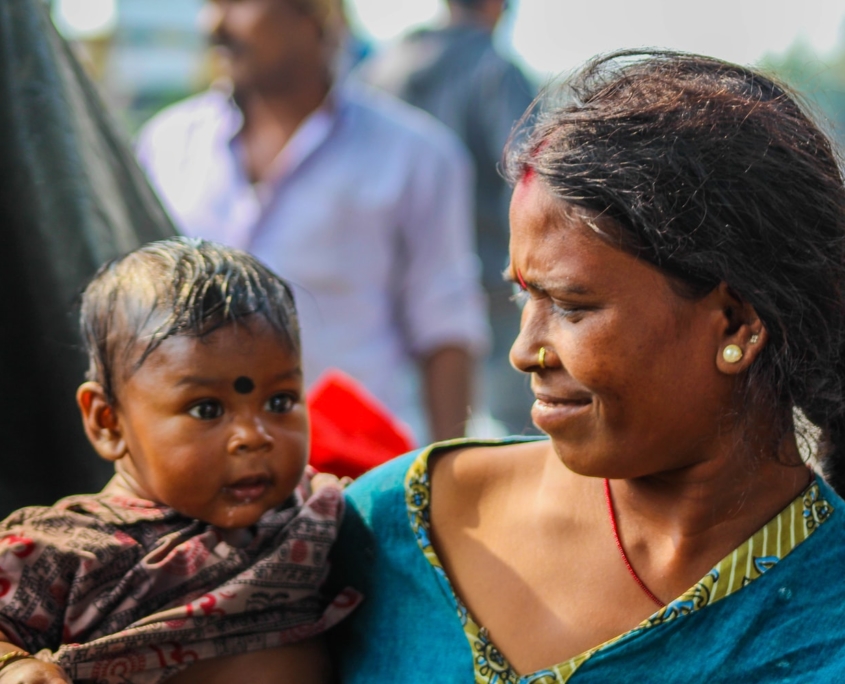 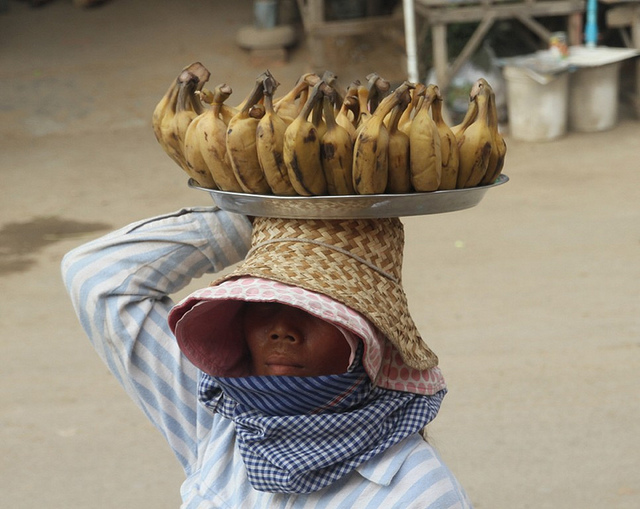 Thanks to improvements in infrastructure and energy generation, as well as growth in its mining and tourism industries, economic growth continues in the landlocked nation of Laos, population 6.7 million. As development continues, however, inefficient land use and deforestation threaten the country’s agriculture sector and rural regions. Improved planning for sustainable agriculture in Laos is needed.

The variable terrain and geographical features of Laos, officially the Lao People’s Democratic Republic, make the region susceptible to natural hazards. High mountains, low valleys, rivers and wind all contribute to floods, typhoons and inconsistent weather patterns. Dense forests have played a vital role in combating impacts of extreme weather as they protect slopes and banks. But as forests are logged for increased production, the ecosystem is becoming more vulnerable to weather and climate effects. In turn, sustainable agriculture in Laos is constantly challenged by the nation’s actions.

With aid, the government of Laos is working to improve current land-use practices, as well as repair the damage done thus far.

Another specific goal of the program is policy revision and improvement in land use planning. After extensive analysis of flood and drought-prone areas in different Laotian provinces, the program intends for collaboration among more than 100 planners from national to local levels in generating new practices in land use plans.

Laos and the Food and Agriculture Organization of the United Nations

Maintaining focus on agriculture and farming practices, the government and the Food and Agriculture Organization (FAO) of the United Nations developed a Country Programme Framework (CPF) for the nation, outlining plans to achieve sustainable agriculture in Laos with four projected outcomes:

Each projected outcome of the CPF for agriculture features multiple projects led by multiple partners, all working to attain the set goal.

For true progress, each sector of an economy requires alignment of its successes with the other. Through aid, collaboration, resilience and a desire for unity, sustainable agriculture in Laos will be achieved. 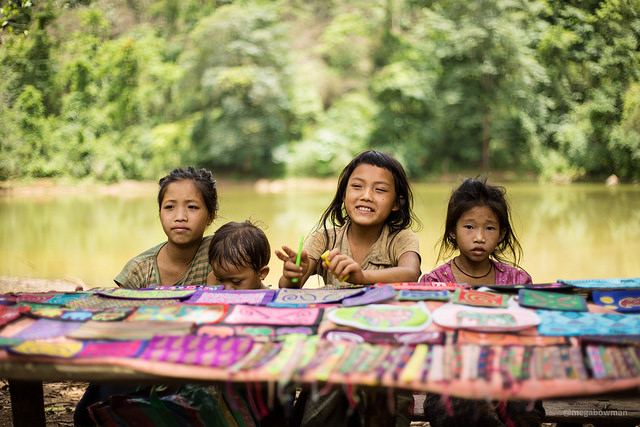 The importance of infrastructure means road and transport connectivity, telecommunications, housing and education as sources of economic development. With these basic essentials, the economy of a country opens to the world, bringing capital and improving quality of life.

Laos is one of the fastest-growing economies in Southeast Asia, with natural resources accounting for a third of the growth. Power infrastructure in Laos is under development, according to the Department of Energy Business. Two-thirds of the population in Laos has access to electricity, and the power sector is working towards sustainability and energy efficiency. By promoting sustainable power, natural resources are preserved.

The Lao government plans to establish hydropower as a source of energy for the country and export electricity to neighboring countries who are in need of electric power. The government hopes that by 2020, hydropower as an infrastructure in Laos will provide profits to combat poverty within the country.

Telecommunications as an infrastructure in Laos is another necessity that needs to be addressed. The National Academic of Sciences and Engineering Medicine wrote of the importance of telecommunication as a foundation for social and economic development as well as a vital groundwork for national security.

Telecommunication as an infrastructure in Laos is slowly gaining momentum. Laos has seen countless reforms and progress of telecommunications as an infrastructure to draw the attention of foreign investors. However, internet services have been slow, a concern that many Laotians see as a deterrent to social and economic development. Fortunately, progress is expected to continue to 2022.

In 2017, infrastructure in Laos continued to improve. The Ministry of Finance and the World Bank signed a $25 million agreement to stabilize roads through maintenance. The Lao PDR Road Sector II Project is meant to improve road infrastructure for efficiency and safety. Once roads are stabilized around Laos, rural people will be able to find safety in regards to severe weather and will not have to travel on unsafe roads.

Infrastructure in Laos is slowly making progress and providing efficient and maintained infrastructure to improve its citizens’ quality of life. These efforts will have an enormous effect on alleviating poverty and growing prosperity in the country. 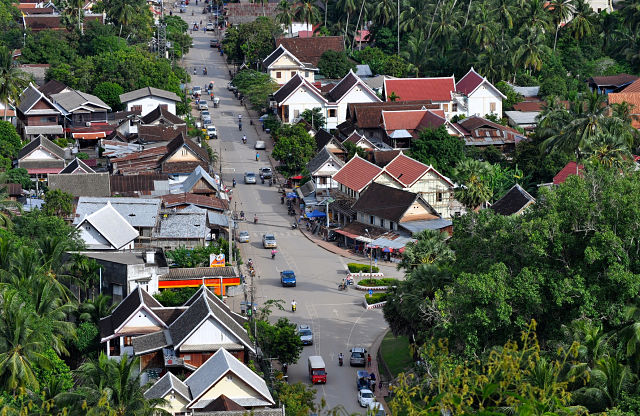 Laos is completely landlocked, with Vietnam standing between the small country and the Gulf of Tonkin. As a result, road transport is an essential form of transportation and the only means of improving economic development through infrastructure.

Unfortunately, road infrastructure in Laos is limited, underdeveloped and particularly vulnerable to extreme weather conditions. According to the World Bank, 50 percent of the roads observed were in fair or good condition and only 56 percent of the rural population in Laos has access to an all-season road.

In 2017, The World Bank and Laos Ministry of Finance signed an agreement to dedicate $25 million to the Second Road Sector Project in Laos, which is mainly designed to create climate-resistant road infrastructure and to improve road connectivity in parts of Laos that are susceptible to natural disasters.

As a country, Laos is no stranger to natural disasters such as landslides, floods, earthquakes and cyclones. For villagers in rural areas, floods are the biggest detriment to crops, which are not only a source of income but also a source of sustenance for many farm families.

The six provinces at the center of the Second Road Sector Project are particularly defenseless in the wake of natural disasters. The central provinces face issues with backwater flooding while the northern provinces are most susceptible to flash floods and landslides.

These maintenance changes include increasing drainage, decreasing or stabilizing large slopes, elevating low roads that are vulnerable to flooding and re-graveling existing roads. The upgrades aim to lessen the effects of different forms of flooding and will help maintain the accessibility of more roads following natural disasters so that people in the most rural areas may attend work and school and have access to important services.

On the institutional level, the project called for critical changes in policy and the public sector, such as providing training and technical assistance which ensure proper and timely implementation of the roadwork projects. In the case of the highly probable natural disaster, project proceeds are re-allocated to an emergency response for the poor northern and central provinces. The emergency response includes a specified list of goods, services and infrastructure work that are to be implemented following a natural disaster.

While the project was only implemented a year ago, the World Bank and the Lao Ministry of finance have made tangible steps toward progress. By October 2017, the World Bank collected a large amount of data on the conditions of road infrastructure in Laos and the climate-resilient road maintenance component is already in motion, making certain parts of Laos better prepared than they were in 2016 for the next flash flood or earthquake. The World Bank projects that these changes will give 57 percent of people access to all-season roads by 2022 with the hope that this number will continue to increase. 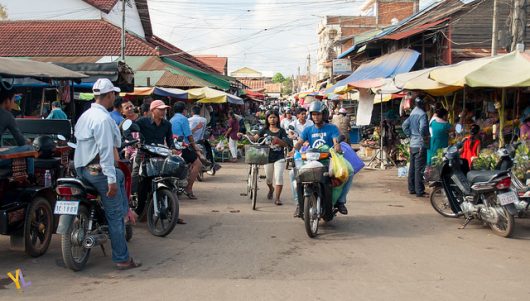 Cambodia and Lao People’s Democratic Republic (Lao PDR) recently eliminated trachoma as a public threat. Through the creation of the Alliance for Global Elimination of Trachoma by the year 2020 (GET2020) by the World Health Organization (WHO), these countries were able to improve their strategies for diagnosis and treatment of the disease.

Trachoma is a disease that affects the eye and is caused by the bacteria Chlamydia trachomatis. Trachoma spreads through physical contact via discharge of the nose or eyes of an infected individual. Progression or repeated infection of this disease can lead to permanent damage to the cornea and blindness.

Trachoma is a disease that is closely linked to poor hygiene and sanitation conditions. Other environmental factors that contribute to the spread of trachoma include water shortages and crowded living spaces. As of now, trachoma affects 41 countries in the poorest parts of the world.

Through GET2020, the WHO and other organizations use the SAFE strategy to ensure the elimination of trachoma. According to the WHO, the SAFE strategy includes “surgery for trichiasis, antibiotics to treat active infection, facial cleanliness and environmental improvements to limit transmission.”

Since 2000, Cambodia and Lao PDR have worked to implement better treatment for trachoma, as well as increase health education to prevent the spread of trachoma. Furthermore, over the past decade, socioeconomic conditions have improved and the birth rate has decreased. All these efforts have led to better conditions to avoid the spread of trachoma.

The elimination of trachoma as a public health threat does not necessarily mean that the disease is eradicated from the countries. It does, however, show a significant improvement in the standard of living and health conditions in both of these countries.

In order for the WHO to consider trachoma to be eliminated as a public health threat, certain numbers must be seen across the board. According to the WHO website, “less than 5 percent of children aged 1-9 [should] have signs of active trachoma, less than 0.2 percent of people over 15 years have a more advanced form of the disease…and their health systems can identify and manage new cases[.]”