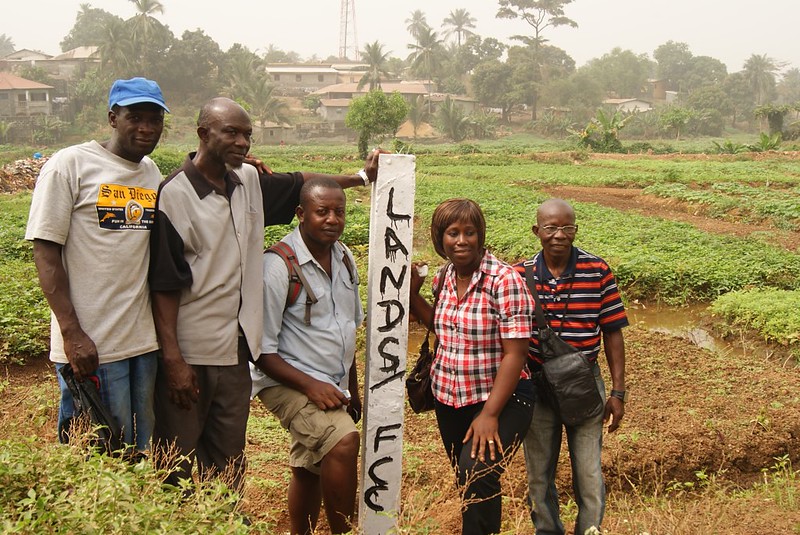 Sierra Leone’s parliament passed two new laws on August 8, 2022. Both laws specifically give rural landowners more rights to control their land against large mining and agricultural businesses. The new laws will force those working on another’s land or utilizing the land to compensate the landowners adequately. Currently, the landowners receive $2.50 per used acre, but the new laws allow for proper negotiation over pricing.

Sierra Leone’s old land laws granted overarching power and decision-making of the land to the “paramount chiefs.” The chiefs are official authorities that receive their power from the Sierra Leone government and act as executors for the regions they serve. The chiefs can grant land rights to determine its value, and even the landowner cannot make decisions regarding the land without their chief’s consent.

Sierra Leone’s land laws have evolved, but the chief’s control over the leasing and usage of the land remained strong after the end of the Sierra Leone civil war in 2002. The war, which began over disputes about diamond mining by foreigners taking advantage of the local land and labor force, only strengthened the chief’s role. In the post-war era, the chiefs had more leeway with the actions they could take against land strangers or “non-natives.” Much of the descriptions on how to handle the non-natives came from the Land Ordinance Act of 1935.

The old land laws, while intended to assist the landowners, were outdated and due for an overhaul to provide economic relief and recognize the power of the rural landowners.

Almost 70% of Sierra Leone’s population lives in rural or underdeveloped regions. Additionally, 53% of the population lives in poverty, making a scant $1.25 per day. The country is among the poorest in the world, ranking 181 out of 187 according to the Human Development Index report from 2019.

The primary impediment to potential earnings for local landowners was the governmental priority of international investment. The government struggled to counteract the damage of the civil war, but, in the meantime, other global investment companies increased their investment presence in Sierra Leone. Sierra Leone’s international investors, such as the companies in the palm oil industry, were omnipresent in the rural areas. Unfortunately, the overall positive economic contributions to the region were minimal.

Sierra Leone’s old land laws allowed the international companies more control than the actual landowners. Once the non-native/international companies lease the land, the landowners do not have a say in the ongoing use of the land, and they cannot barter for more compensation. However, according to a 2009 policy document of the Ministry of Agriculture, Forestry and Farming, “Government will serve as an intermediary between the landowners/host communities and the foreign private investor. For that purpose, the Government will lease the land of interest to the foreign private investor from the landowners and, in turn, sub-lease it to the investor.”Although industries, like the palm oil industry, might have contributed some financial boosts, these industries have impacted the soil and land negatively enough that the land suffered soil erosion and environmental damage. Eroded soil may leave the owners unable to profit from the land once the previous companies have vacated.

Sierra Leone’s two new land laws are The Customary Land Rights Act and the Land Commission Act. The new laws provide proper fiscal compensation to farmers and landowners who are currently underpaid. The new income will give extra income to the landowners during the dry season when farmers cannot earn enough to support the owners. Sierra Leone’s agriculture accounts for half of the Gross Domestic Product (GDP) and more than 60% of the country’s labor force. Without them, the country’s economy will collapse. Additionally, the Sierra Leone economy will collapse if the government does not support the farmers and landowners.

Thankfully, the land ministers and parliament members expect Sierra Leone’s new land laws to promote peace and end conflicts over land usage against the landowner’s will, guaranteeing income and stability for the landowners and workers. The concerns of losing livelihoods due to international investors will slowly end because the locals will have input regarding who may use their land and for what purposes. The new laws will prevent violations of human rights and labor laws. All local workers will be legal, and the workers will receive fair compensation. Sierra Leone’s new land laws will end the fears of corruption that have plagued Sierra Leone’s rural areas for decades.