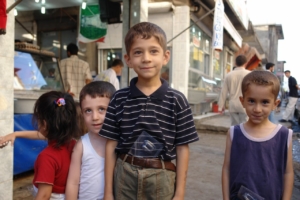 The Kurds are an ethnic minority in the Middle East that occupy a region known as Kurdistan. An area that spans parts of Turkey, Syria, Iraq and Iran. Though they were not given a country at the end of WWI, the Kurds have held on to their strong identity and still speak their own language. Caught in the middle of conflicts in both Iraq and Syria, they played an integral role in fighting back ISIS, seeing off 16 assaults on the city of Kirkuk. After several years of economic woes, there are finally some signs that northern Iraq, or Southern Kurdistan for the millions of Kurds that occupy the region, is beginning to recover. More importantly, the poorest Kurds have rebounded significantly. Here are five facts about the Kurdish comeback in Iraq.

5 Facts about the Kurdish Comeback in Iraq

There are many factors that lead to the Kurdish comeback in Iraq. Firstly, the end of the conflict with ISIS provided much needed yet tentative stability in the region. As a result, local investors felt more emboldened to invest in the oil industry. Politically, the election of Prime Minister Abdul-Mahdi was a major win for the Kurdish economy and provided additional support to the oil industry to restart stalling production. Furthermore, U.S. aid is helping to improve lives for lower-income Kurds. More than $90 million of that aid is going to immediate needs including but not limited to shelter, healthcare services, food rations and provisions of water. There are reasons to be optimistic about the future in Kurdish Iraq.

The Kurds are a Muslim-majority ethnic group located mainly in Turkey, Syria, Iraq and Iran. With a total global population of around 30 million, they are the largest ethnic group without a state. Since the rise of the Islamic State, the Kurds have been crucial in the fight against ISIS and have been a reliable US military ally. The Turkish government has had a contentious relationship with the Kurds for decades, as it views the Kurds as a threat to the Turkish state and the Kurdistan Workers’ Party or PKK as a terrorist organization. To better understand Turkey’s relations with its Kurdish minority, here are eight facts about Turkey’s Kurds.

Due to this unequal distribution and Turkey’s historical relationship with the Kurds, critiques of the Turkish government conclude that it is aiding the Kurds not based on their needs, but according to their ethnicity. According to this argument, the Turkish regime provides social assistance to its Kurdish population solely in the hopes of containing the political unrest and weakening the ethnic identity of the Kurds.

The Kurds are one of the largest ethnic groups in the Middle East, and Turkey’s Kurds make up a substantial minority of its population. Thus, Turkey’s conflict with the Kurds has huge implications for the entire Middle East. As these eight facts about Turkey’s Kurds show, this fraught relationship spans decades and will not be easy to resolve, as it concerns the sovereignty of the Turkish state and the rights of the Kurdish people. 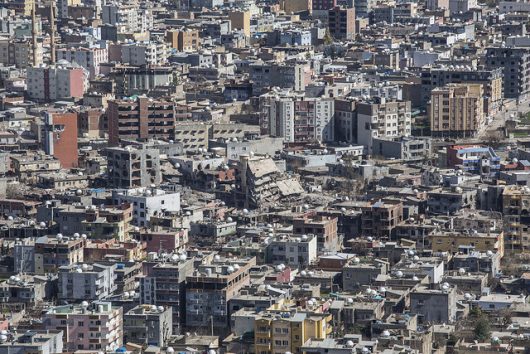 Western Ireland does not have much in common with the Kurdish regions of Iran, Iraq, Turkey and Syria. It lacks the mountainous sanctuary that harbored the traditional nomadic lifestyle of the Kurds, as well as the constant ethnic battles. What Carrick-on-Shannon, a small town in the west of Ireland, does have is Kurd-owned businesses, Kurdish athletes and Kurdish New Year celebrations.

With a population estimated to be around 30 million people, the Kurdish ethnic group is one of the largest stateless nations in the world. Years of political turmoil in their traditional homeland of Kurdistan has forced the Kurdish population to become divided along the borders of Iran, Turkey, Iraq and Syria after centuries of persecution. Currently, 1.2 million Kurds live outside of Kurdistan.

The group of Kurdish families, who were first resettled in Carrick-on-Shannon by the United Nations, fled from years of political persecution in Iran and Iraq. After escaping from the violence against their ethnic group in Iran in 1979, many Kurds crossed into their relatively safe neighbor Iraq. The Iraq War in 2003 then forced Kurds to live in refugee camps toward the Iraq-Jordan border. In 2005 and 2006, around 100 Kurdish refugees in Ireland were resettled to Carrick-on-Shannon.

The Irish government, through services that now comprise the Irish Refugee Protection Programme, helped these Kurdish refugees in Ireland build a home in Carrick-on-Shannon. Adults enrolled in language courses to learn English while receiving social welfare to support their families, and children attended local schools.

However, government assistance wasn’t the only welcoming committee for the Kurds. Volunteers from the small Irish town brought food and clothes and built relationships with the mostly Muslim group of Kurds who resettled in their town. Nuns helped them practice English and tutored them in school subjects to help alleviate the difficulties of the language barrier. Though it was not easy, the small community came to foster a mutual respect between its old residents and the new.

After over a decade, the Kurds of Carrick-on-Shannon have become an integrated part of the town. The young refugees, like Halala Ahmadi, who was born in a refugee camp in Iraq and arrived in Ireland as a 15-year-old, have received opportunities for education, work and freedom of which their parents could only dream.

This success story of resettlement offers hope during times when the fate of refugees in Europe remains uncertain. With the support of both the Irish government and volunteers, friends and neighbors in Carrick-on-Shannon, these Kurdish refugees in Ireland have been able to claim a new home after years of displacement. 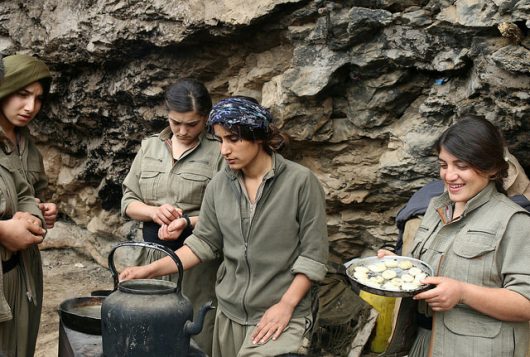 The fight against ISIS and the turbulence in the Middle East has adversely impacted Iraqi Kurds recently. The poverty rate in Iraqi Kurdistan has quadrupled to 15 percent, largely due to the fight against ISIS, civilian casualties, the influx of refugees and insuperable pressure on resources. One in 10 Iraqi Kurds live below the internationally recognized poverty line.

Since 2014, over a million refugees have arrived in Iraqi Kurdistan. In 2015, the World Bank estimated that the Kurdistan Region needs $1.4 billion in humanitarian response. The number of internally displaced persons to the region continues to increase.

The Kurds are an important ethnic group in the Middle East, often recognized for their efforts to achieve self-governance. Iraqi Kurdistan is a rather controversial oil-rich region, with especially large reserves in the province of Kirkuk. The Kurdistan Regional Government (KRG) has been the ruling body of Iraqi Kurdistan since 1992. In 2005, the Iraqi Constitution officially recognized the autonomy of the Kurds in the Kurdistan Region of Iraq.

The Iraqi Kurds have played a pivotal role in the combat against ISIS. The Iraqi Kurdish forces are a vital part of the U.S. coalition against the Islamic State. Despite accounting for close to 20 percent of the population in Iraq, the Iraqi Kurds have suffered a slew of human rights violations over the years and have been oppressed due to their “minority” status. In most recent years, these attacks can be traced back to the time of Saddam Hussein and the Gulf War.

Moreover, the KRG faces many obstacles in its path to win a pending referendum and mend the infrastructure and administration in the country. The economy, resources and commerce of the region is in a poor state. The government is facing problems in financing the incomes of the people in many conclaves, as individuals are only receiving about half of their monthly salaries. The KRG is also working on improving the transparency and accountability of state financial institutions and businesses in the region to regulate the channeling of public funds.

Even though unemployment has peaked at more than 13.5 percent due to labor immobility and the lack of labor market reforms, the World Bank is still spearheading reform plans for the future. The Iraqi Kurds face a rather uncertain future ahead of them, given the clamorous events of the past and present. Self- determination has been an unavailing right for many. In a landmark move, a referendum is being called for Kurdish independence from Iraq.

However, the referendum is being eyed with a great degree of skepticism from the U.N., Iran, Turkey, Iraq and the United States. Iraqi President Haider al-Abadi is demanding a suspension to the referendum scheduled to be held on September 25, given the precarious position the region is currently in. Many are reminded of the Arab-Israeli conflicts that still impact many countries in the Middle East.

Many leaders have expressed that the referendum vote could potentially destabilize the region further, threaten Kurdish minorities and negatively affect the campaign against ISIS. Russia remains a strong ally of the Iraqi Kurds and is a major contributor to Kurdish oil and gas revenue. This will help bolster the region’s economic potential. Israel also remains another country pledging their support for the vote.

Furthermore, supporting the Iraqi Kurds’ right to establishing a sovereign state could also create safe zones and conclaves. This could effectually deal with the refugee crisis plaguing Iraq currently and help offer a more sustainable solution to the problem in the long run.

Contrary to what many entities believe, the vote could prove to be successful in ushering more progress and development, both socially and economically. It can also pave the way for improved relations in the region and put an end to the suppression of Kurds in many landlocked regions in the Middle East and finally liberate an important minority group. 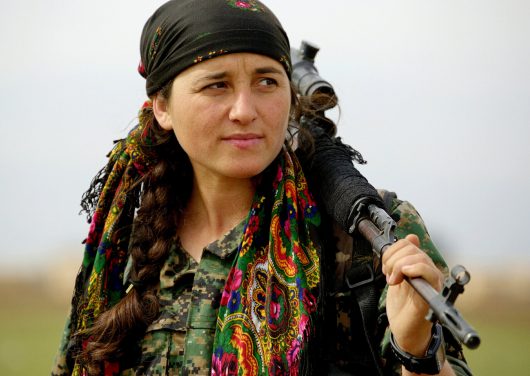 In Northern Syria, the Kurdish communities have established three administrative and autonomous regions. These regions are called cantons and each enjoys their own legislative, administrative and legal bodies. Although these cantons are part of the Syrian territory, the Kurdish communities enjoyed autonomy in the wake of the Syrian crisis and oppression from the Islamic State fighters. These three cantons are named Afrin, Jezira and Kobani.

The Kurdish democracy model is an outcome of the Rojava movement, which seeks autonomy for Kurdish communities in Syria. The model is manifested in the Rojava constitution, which is also known as the social contract. It was approved on Jan. 6, 2016.

The preamble of the constitution reads as: “We the peoples of the democratic autonomous regions…by our free will have announced this contract to establish justice, freedom and democracy … without discrimination on the basis of religion, language, faith sect or gender.”

This Kurdish democracy model does not accept any imposed ideas of nation-state, centralized, military or religious state. It solemnly believes in human rights, democracy, free will and strives to protect those goals no matter what the cost is.

In every canton, there is a Legislative Assembly, an Executive Assembly, a High Election Commission, a Constitutional Assembly and Regional Assemblies. The Rojava Movement resembles historic acts of resistance such as the Algerian war against France and the Warsaw battle against invading Germany.

The Rojava cantons are remarkable examples of beacons of hope emerging from the Syrian civil war. Rojava maintained its independence and created its own democracy. In the Kurdish democracy model, the top three officials have to be from Arab, Kurdish and an Assyrian/Armenian Christian. One of these has to be women. In this phase of the Kurdish struggle, the Kurdish democracy model could start a global movement towards a better implementation of democracy and a cooperative socioeconomic model.

Financial Times describes the Kurdish democratic model as a power to people model. It is a radical experiment in narrow stretches of Northern Syria. In Rojava, which is hard to access due to Turkish blockade, the authority rests in the communal level (the village). In the villages, every social group has a say in decision making. The communities enjoy self-governing measures.

Furthermore, all minorities are included and everyone gets a chance to speak and participate in governing matters. This might seem radical to even the old-established democracies. But for the Kurds, after decades of oppression, this is one thing to look forward upon with eyes full of hope.