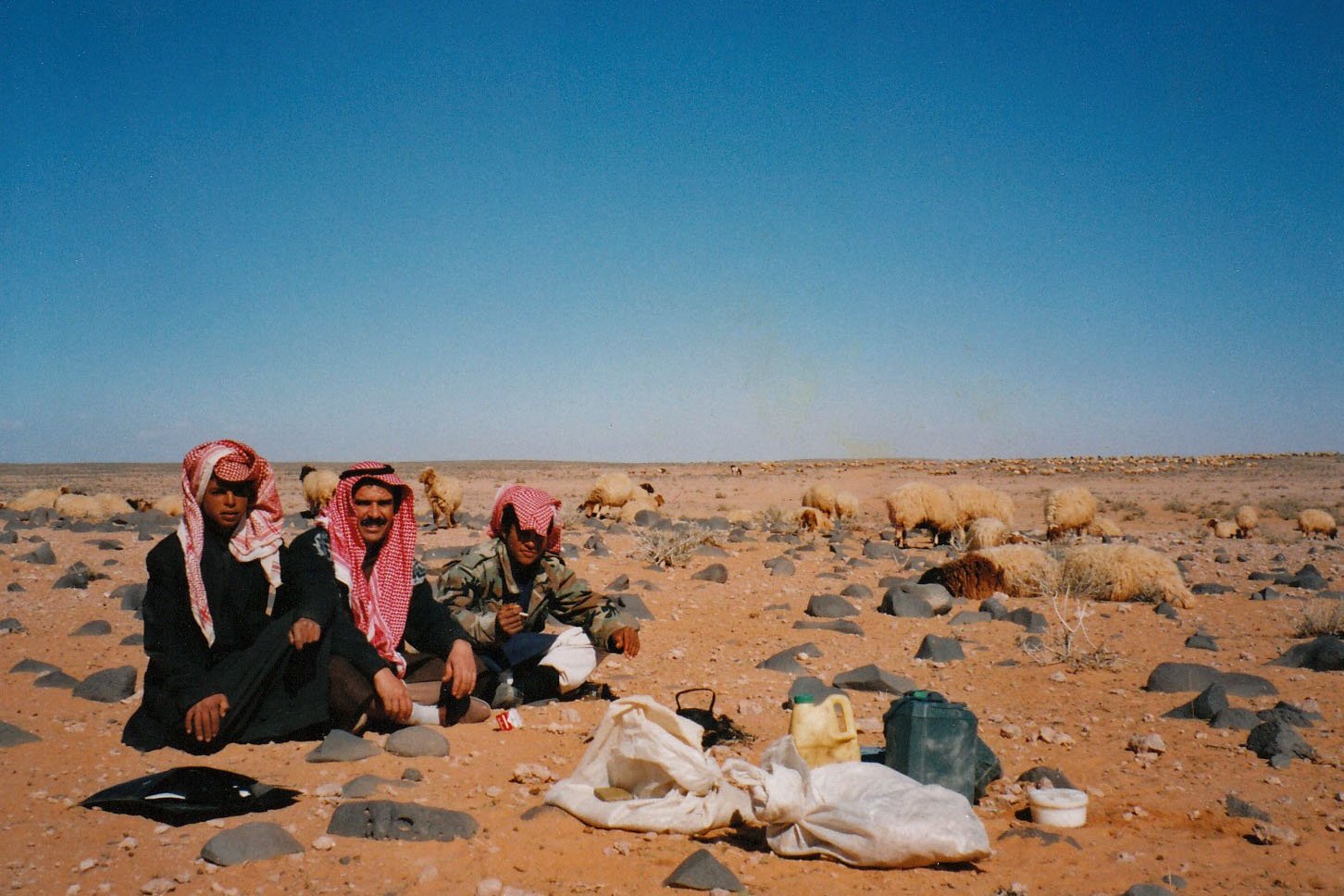 Jordan, bordered by Saudi Arabia, Iraq, Syria and Israel, is an Arab country in the Middle East. The country is on the East Bank of the Jordan River yet relatively landlocked. It has accordingly received a massive influx of Palestinian and Syrian refugees. Recently, the International Monetary Fund (IMF) in Jordan provided two different forms of economic relief to people in light of the ratio of debt to its gross domestic product (GDP) and the current pandemic. Read more about the IMF in Jordan below.

The Effects of the Pandemic on Jordan

Jordan’s economy will experience contraction in 2020 due to the effects of COVID-19. The pandemic-induced lockdown significantly impacted 250,000 daily-wage workers and businesses facing a liquidity crisis. It also delayed foreign investment, trade and tourism. The latter industry generates $5 billion annually for Jordan.

Only 11.3% of respondents in a UNDP survey claimed that their income was unaffected by the pandemic, which has significantly impacted young adults. In the survey, 38.3% of respondents experienced challenges getting clean drinking water, and 69.3% struggled with accessing basic healthcare.

Countries in the Middle East and Central Asia, including Jordan, will experience a 4.7% drop in its constant-price GDP, adjusted for the effects of inflation, in 2020. Additionally, the average size of economic relief programs in the Middle East was smaller than in other regions in the world. The Middle East and North Africa (MENA) oil-importing countries’ ratio of debt to income will reach 95% in 2020. Thankfully, the IMF provided $17 billion in aid to the area since the beginning of 2020. It also helped catalyze $5 billion from creditors.

The IMF in Jordan

Jordan’s four-year Extended Fund Facility (EFF) is a partnership between the Jordanian government and IMF staff, which focuses its $1.3 billion on growth, jobs and social safety nets. The loan program, approved on March 25, 2020, will create more jobs for women and young people. EFF funds finance the general budget, including health, education and social support, while also providing support to Jordan’s Syrian refugees.

Although the IMF in Jordan created the EFF funds before the pandemic, it changed the program to support spending on emergency outlays and medical equipment. The IMF in Jordan also helped secure congressional grants to ease annual debt, as public debt increased in the past decade to an amount equivalent to 97% of its GDP.

In addition, the IMF in Jordan approved $400 million in emergency assistance under the Rapid Financing Instrument (RFI) to fight the COVID-19 pandemic in May 2020. Due to the fall of domestic consumption during the outbreak, these funds answer companies’ and consumers’ borrowing needs. The government will spend the RFI funds through the national treasury account, where specific budget lines track and report crisis-related expenditures.

The emergency economic assistance allows for higher healthcare budgets, containment and support to vulnerable households and businesses. Moreover, it will ease external financing constraints and avoid loss in official reserves. The $1.5 billion balance of payment gaps, however, will emerge with increased public debt and a widened fiscal deficit.

Despite the challenges presented by the pandemic, Jordan’s tech start-ups, global supply chains and exporting masks have helped its economy. Tech literacy, in particular, has been especially vital for Jordanian youth to find remote jobs. Moreover, the EFF program can ensure support for the people in Jordan by easing access to basic needs. The program will also help reduce the impacts of poverty by increasing social protection coverage on poor families.

Monetary and fiscal authorities in Jordan have reduced interest rates and delayed bank loan installments and tax payments due to the outbreak, injecting over $700 million in liquidity. Additionally, the country implemented a cash-flow relief program for companies. It also activated the National Aid Fund cash transfer program for daily wage workers.

Jordan has prioritized human safety for its citizens and refugees in the fight against COVID-19. So far, it has only had low to moderate numbers of per capita COVID-19 cases. Thanks to the help of the IMF in Jordan, the country seems to be on track to recover from pandemic. 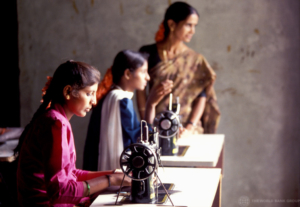 Over the last decade, empowering women in poor communities has become a focal point in India. That is because about 50.7 million people live in extreme poverty in India, yet, as of 2019, only 20.7% of women in India are part of the labor force. Moreover, the country has recently seen a drop in its GDP from 6.1% to 5% and is attempting to recover from its uncertain economy. As a result, one solution that many nonprofit organizations and the government have recognized is investing in the population that is living under the poverty line. Specifically, many groups are empowering women in India through sewing.

Today, being able to sew can be an acclaimed vocational skill. Over the past decade or so, embroidery has become an empowering tool for women in India, and a traditional craft. With this understanding, nonprofits have implemented many initiatives in India to empower women and help their families out of poverty.

Sewing the Seeds is a nonprofit organization that partnered with the NGO Samugam Trust to begin a women’s sewing initiative. The plan supports women in impoverished communities by creating economic stability using creativity and the traditional craft of stitching. Bruno Savio and Gayle created Sewing the Seeds to use sewing to empower women in India living in poverty.

Savio’s father opened the Samugam Trust in 1991 to support the educational training of the underprivileged, the rehabilitation of leprosy patients and those who are physically challenged. Bruno Savio has continued his father’s legacy as director of Samugam and partner of Sewing the Seeds. Gayle backpacked across India about 40 years ago. During her journey, she saw an opportunity to empower women in the country through vocational training.

Savio and Gayle recognized that more than 50% of women in India are illiterate, and only 29% of women in India are actively employed. Additionally, those who are employed are paid 46% less than men holding the same positions. Sewing the Seeds and Samugam Trust realize that investing in women is smart economics and essential to reducing poverty. With this in mind, the initiative provides the training, financial assistance, materials and communal space to empower women while preserving local craft traditions.

Samugam Trust has supported the initiative since 2011, with the first collection of products introduced online in 2018. Sewing the Seeds and Samugam Trust have supplied training and machines for 130 women. The importance of this initiative is to empower women in India in a way that is holistic and long term in its support.

Shakti.ism also supported empowering women in India through sewing by launching a sustainable livelihood project. The starting goal is to reach out to 10 tribal and disabled Indian women to provide vocational training. To successfully supply these resources Shakti.ism is partnering with Samugam Trust and Sewing the Seeds to empower impoverished women. Recently, they chose 10 women from diverse backgrounds including disabled mothers.

Shakti.ism continuously raises money to cover instruction fees, supplies, daily stipends for trainees and administrative costs such as quality control. Most products are crafted from repurposed saris (a traditional Indian woman’s dress) and are to be sold online. Shakti.ism is empowering women in India as a way to support families living in underprivileged rural areas of India, as well as decrease the wage disparity while increasing the trainees’ self-confidence and skills.

Included in the community-based initiative is Usha Silai (sewing) School. This initiative has reportedly set up over 15,000 sewing schools across India with the support of the Digital Empowerment Foundation NGO and Sikana. To further their reach and enhance their programs, Usha and Sikana co-created a video program to train illiterate women. The enhanced program has increased the initiative’s outreach while providing skills to gain a livelihood to women in rural India.

The Digital Empowerment Foundation supplies technological information for rural citizens to use to their advantage. For example, they supply internet-dependent tools that can provide access to training and create socioeconomic equality. Specifically, they provide internet and digital tools in rural community centers that partner with Usha Silai School.

Community-based initiatives that provide sewing empowerment for women in poverty have been essential for the growth of rural India. Sewing has become a highly desired vocational skill and is a powerful tool for those living in poverty. Recognizing the long term impact of vocational training, NGOs provide this solution-based approach across India to bring self-confidence and skills to women. 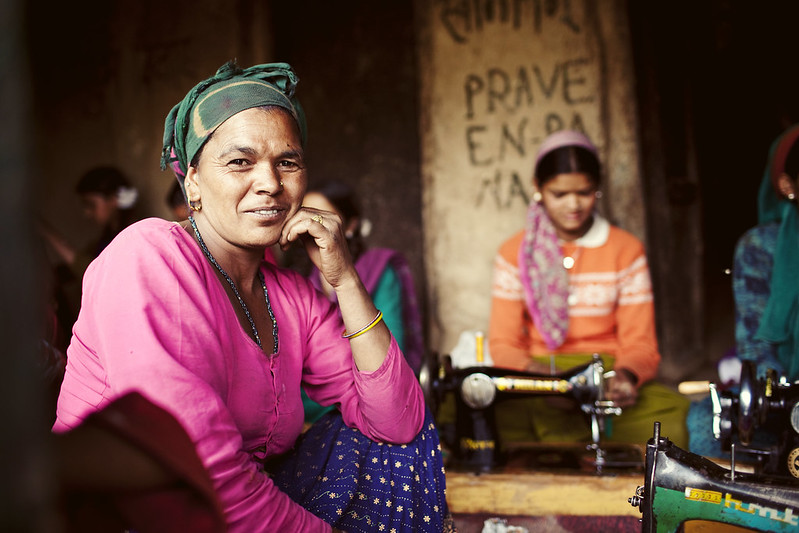 As global unemployment and food insecurity (as a result of the COVID-19 pandemic) rise — there is a great need for innovative macroeconomic solutions to mitigate the adverse effects of these crises on the world’s poor. The idea of a federal job guarantees has become more popular lately. This perhaps is a response to the mass international unemployment and recession caused by the COVID-19 pandemic.

Job guarantee programs, which have been implemented across the world, involve mass public employment for all people who are seeking a job. These programs are helping to lift millions out of poverty while also offering non-monetary health benefits. Creative ideas like job guarantee programs are imperative to consider when seeking solutions for the devastating harm that the COVID-19 pandemic has caused to the world’s poor.

The Benefits of Employment

Employment offers the obvious benefit of the income and the corresponding ability to provide for oneself and one’s family, monetarily. Mass public employment can reduce the need for many social welfare programs and replace them with salaries earned from substantive, productive and helpful work. In certain scenarios, job guarantees can provide healthcare, childcare and other benefits to the world’s poor.

Job guarantees can also provide individuals with non-monetary benefits that only employment can offer. Employment and higher income have been consistently correlated with better physical and mental health. Yet another reason why this type of program can be incredibly beneficial. Employment has also been linked to lower mortality rates and a reduced risk of depression and other mental illnesses. Furthermore, working individuals feel a higher sense of self-esteem and even recover more quickly from sickness, when employed.

Where It Has Worked

Countries across the world, most famously India and Argentina, have implemented employment guarantee programs. In Argentina, the government started the “Plan Jefes y Jefas” program in response to the country’s 2001 financial collapse. This program sought to improve public infrastructure such as sanitation, roads and schools by guaranteeing employment to any heads of households for a maximum of 20 hours per week.

The program specifically targeted female heads of households, as women are often left out of the labor force in Argentina and are quick to be labeled “unemployable.” In fact, 71% of the beneficiaries of the program were women. At the time, Argentina was classified as a developing economy — proving that job guarantees can thrive outside of the developed world.

In 2005, the Indian government passed the Mahatma Gandhi National Rural Employment Guarantee Act (MGNREGA) — which provided guaranteed jobs to India’s poorest rural population. The program has been an unprecedented success in raising wages for rural workers, helping women enter the workforce, increasing access to healthy foods and education and decreasing the number of people who unwillingly leave their home villages to seek employment in cities.

The program reached more than 54 million households, underscoring its ease of access. The success of the Indian job guarantee program demonstrates how transformative these types of programs are in fighting extreme poverty.

The Power of a Job Guarantee

Along with the individual relief that job guarantees provide, they also offer significant macroeconomic benefits. Job guarantees empower workers and increase their bargaining power against global conglomerates. Also, job guarantees can increase consumer spending and therefore boost tax income for developing governments. In that same vein, it is these very types of governments that would benefit greatly from the increased revenue. These programs can help steady the economy during recessions while also maintaining inflation through stabilizing purchasing power.

Job guarantee programs have serious potential to effectively fight poverty while also providing benefits to the governments that administer them. These programs have the potential to provide income, power, health benefits and other opportunities to the world’s poor. Moreover, as proven tools in the fight against global poverty, their use may be paramount.