Japan’s hawkish Prime Minister, Shinzo Abe, has reignited controversy over the conduct of Japanese soldiers during World War II by engaging in historical revisionism. In particular, one area of contention arises when considering the topic of “comfort women” brought from around Japanese-occupied Asia and forced to become prostitutes to please Japanese soldiers.

Although the 1993 statement by Chief Cabinet Secretary Yohei Kano on comfort women admitted coercion by Japanese soldiers into forcing women into prostitution, the topic has been brought to the forefront of international debate recently as Japanese nationalists have started to deny past wartime actions.

Understandably, Abe and other nationalists who appear to be washing over Japanese actions during World War II bother Japan’s neighbors in the region, namely South Korea and China. Japan refuses to offer South Korea official compensation to individuals affected by the “comfort women” controversy.

Certain cities around the United States have also permitted the erection of statues of comfort women to promote awareness of Japanese crimes during the war. In Glendale, California and in Palisades Park, New Jersey, comfort women have already been commemorated. A small victory was won by Korea when a Virginia school board approved textbooks with the name “East Sea” in conjunction with “Sea of Japan” in an atlas depicting the sea between the two countries.

Japan has historically been confident that with the U.S. as an ally, the country would stand by the position of the Japanese government regarding comfort women. But in 2007, Congress adopted a resolution condemning the practice of taking comfort women and pressed that the government of Japan should “formally acknowledge, apologize, and accept historical responsibility in a clear and unequivocal manner for its Imperial Armed Forces’ coercion of young women into sexual slavery.”

Controversy has also arisen in China over the comfort women. In response, China has approved the building of a memorial museum to Ahn Jung-Geun, the person who assassinated Itoh Hirobumi, one of the first prime ministers of Japan. In China and Korea, he is seen as a hero but in Japan he is labeled as a terrorist.

If Japan’s historical revisionism continues, tensions will continue to rise with its Asian neighbors and Japan will find itself increasingly isolated from the protection of its major ally, the U.S.

On September 26, Japanese Prime Minister Shinzo Abe addressed the United Nations General Assembly, discussing his initiatives to create Japanese “womenomics,” an economic theory that posits the advancement and success of women in a society as directly correlated to the country’s larger growth rate.

The idea of utilizing Japan’s greatest resource—its women—is not entirely new. In 1999, Kathy Matsui, along with a variety of other employees at Goldman Sachs addressed a similar topic, suggesting that Japan could significantly increase its gross domestic product (GDP) by about 15 percent by better integrating its women.

In order to implement “womenomics,” the Japanese government will contribute over $3 billion by 2016 to increase female participation in society, aid in female healthcare costs, mitigate violence against women, and further empower women in a variety of other realms.

In a country with a rapidly shrinking population and a remarkably low birthrate, a successful implementation of “womenomics” is crucial. By introducing large numbers of women to the workforce, Japan will vastly benefit both economically and demographically. Clearly, women are the key to Japan’s future.

Of course, “womenomics” also exists as a crucial necessity in the rest of the world, particularly in developing regions like Africa. Fortunately, the Japanese government has recognized this and is now providing enormous support to Africa’s women.

Instead of working within the donor culture of international development, Japan is striving to help transform agriculture in Africa, a domain primarily characterized by female laborers. Japanese efforts have already proven successful, as many farmers’ incomes have doubled in regions of Kenya.

Tellingly, African and Japanese women—as well as their female counterparts everywhere—are the key to a thriving economy. Yet, without egalitarian access to governmental resources and support, they cannot be empowered economically. Thus, it is the responsibility of governments everywhere to support their female citizens, and thereby, support themselves. 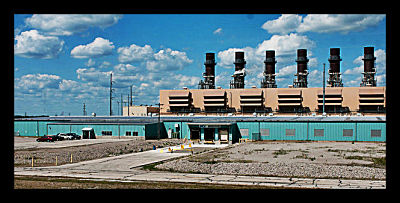