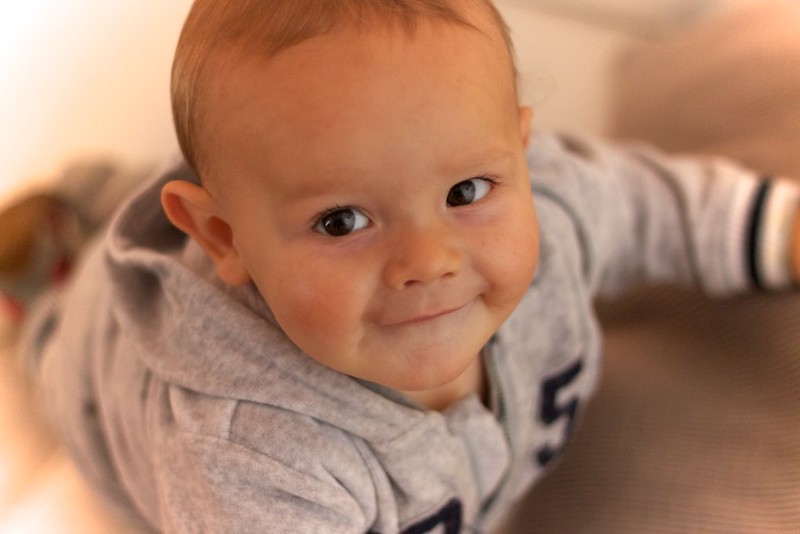 The foundations of the Spanish National Health System (SNS) are free access, equity of financing and funding from taxes. This allows the public sector to provide the most coverage. Oftentimes, this coverage is free of charge. Maternal healthcare services receive high regard in both public and private settings. However, this system faces many issues as well.

Healthcare is available to all Spanish residents for free. Social security payments guarantee almost everyone access to free healthcare. Moreover, some only need to pay a small percentage of fees. Furthermore, only non-residents with health insurance in other countries are not eligible for public healthcare in Spain.

Pros and Cons of Healthcare in Spain

The Spanish healthcare system generally offers high-quality services. There is a network of hospitals and medical centers with well-trained staff members. Additionally, the healthcare system also covers the direct family of a beneficiary. This includes dependents that are under 26 years of age and their siblings.

However, the waiting times for surgeries and treatment from specialist doctors can be extremely long. This is one of the main setbacks of public healthcare. Also, public healthcare services do not allow patients to choose their doctor or specialist. This is very troublesome for some people who wish to have a specific doctor.

Mothers most often choose hospitals to have childbirth. However, the number of home births has been slowly increasing across Europe. In addition, the state health system does not cover home births in Spain. Moreover, less than 1% of Spanish midwives were registered to oversee home births legally in 2015.

Residents of Spain who use state healthcare can give birth for free. Yet, there may be additional costs with private insurance depending on the insurance plan. Thus, this option makes it easier to find a plan to fully cover the cost of childbirth. The cost of giving birth in Spain is about $1,950 without insurance. This is one of the lowest costs in the world.

Women must hold a private insurance policy for 6-12 months in order to have maternity costs covered. As such, the European Health Insurance Card does not include maternity care.

There is also a complicated process in receiving maternity leave. In order to have a standard maternity leave of 16 weeks, mothers must have been paying contributions for a set period of time depending on their age. Mothers are eligible for 18 weeks of maternity leave if they have twins and 20 weeks for triplets. Additionally, maternity leave can receive an extension to 18 weeks if the child has special needs or if the mother is a single parent.

The Spanish maternal healthcare system helps many people living in poverty. This system provides a way for people to receive care regardless of their socioeconomic status or salary. Furthermore, it provides a way for residents to choose between public and private options. These options gear towards those who want personalized treatments with a specific doctor.

Expecting mothers benefit from these affordable and accessible maternal healthcare services. Although aspects of the process are difficult and intricate, this service provides a way for Spanish women to give birth easily. This public healthcare system has made Spain a highly rated country for quality care and service. 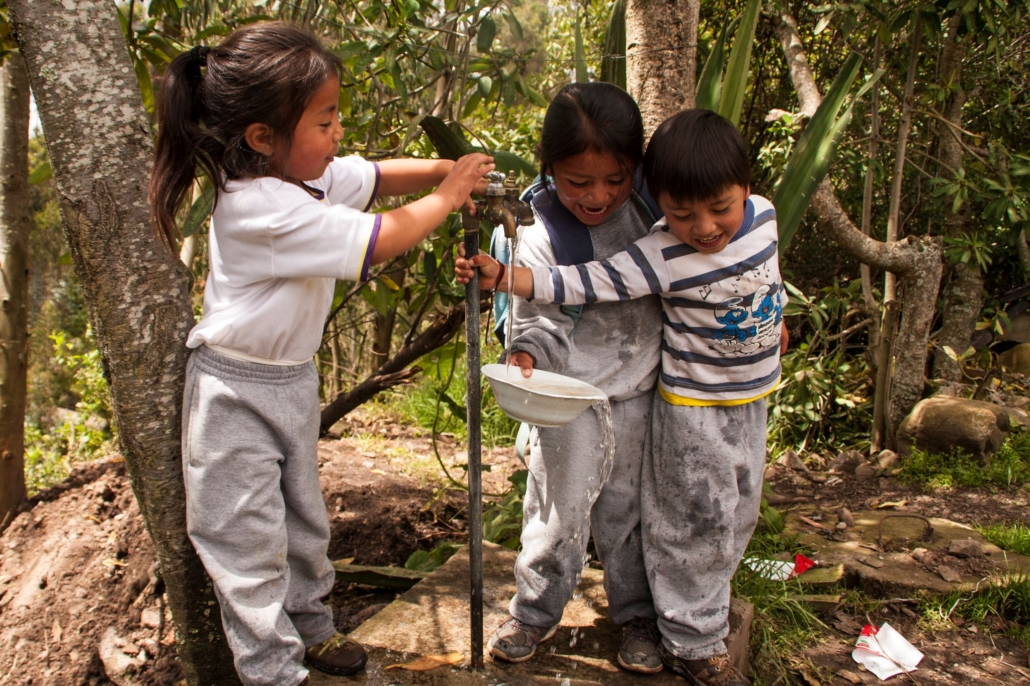 Located in South America, the country of Ecuador is culturally diverse, comprising of approximately 17.6 million people. As of 2017, an estimated 8.7% of the total population lives in poverty. Despite some of the impoverished conditions, most people do have access to healthcare in Ecuador. The major cities in particular, such as Cuenca, Quito and Guayaquil, have excellent medical care. From top-notch facilities to highly skilled doctors, Ecuador earns its spot as having the 20th most efficient healthcare system in the world.

The most common diseases found in Ecuador are Hepatitis A, Typhoid Fever and Dengue Fever. Hepatitis A is a disease of the liver which can lead to liver failure. It can be caused by contaminated food and water. Impoverished Ecuadorians are at the most risk of contracting Hepatitis A. They do not have access to clean water or nutritious food. Typhoid Fever is a bacterial infection transmitted from human to human. It is caused by poor hygiene, placing impoverished Ecuadorians with a lack of proper sanitation at a higher risk of contracting the disease. Dengue Fever is a disease transmitted by infected mosquitoes and causes serious bleeding, shock, high fever, skin rash and muscle pain. The disease affects the bloodstream and can be deadly. Ecuadorians living in poverty do not have access to proper preventive measures to avoid contracting diseases like Typhoid Fever and Dengue Fever.

The drastic difference in health insurance cost can also be seen in coverage for dependent children. Coverage for an Ecuadorian child costs only $15.69 per month. Regardless of the low expense for healthcare in Ecuador, impoverished Ecuadorians still cannot afford to pay for healthcare. Approximately 8.7% of the population of Ecuador lives on less than $3.20 per day. This is not enough to feed the family and pay for healthcare.

For all working men and women, both in the public and private sectors, the National Social Security Institute provides medical and hospital insurance. It includes clinics and dispensaries, surgical and mortgage loans, retirement pensions and support for widows and dependent children. Ecuadorians are provided services with low costs and high quality. Despite the low-cost availability of health care, the number of doctors in Ecuador is fairly low. Compared to the United States, which has a doctor to patient ratio of 5.5 to 1,000, Ecuador’s ratio is only 1.72 doctors for 1,000 persons. Like most countries, remote areas in Ecuador have less sophisticated treatment than urban areas. Health care is significantly better in urban cities, where 66% of the population lives.

A Continual Work in Progress

While advancements to healthcare in Ecuador has improved the overall well-being of the country, there is still a need for progress. Only a small portion of the total national budget is allocated to public health which has caused health conditions in rural areas to be fairly poor. As of 2008, the law that mandated universal healthcare for all has allowed more Ecuadorians to seek care if needed. This is specifically true for those in impoverished areas. A continuing shortage of medical personnel, equipment and medicine, has lowered the overall standards for medical care in Ecuador. Organizations like International Medical Aid has worked tirelessly on bringing medical supplies and services to Ecuador and its citizens, reaching additionally 5% of the total population. Mobile healthcare facilities and outreach programs have been key in improving health in Ecuador.

Still a long way to go, healthcare in Ecuador has continued to improve in the overall availability and quality of service. There have been a lot of positives, specifically in health insurance for the citizens of Ecuador. Yet, plentiful supplies and personnel remain a primary concern. Help from organizations like IMA has improved the overall conditions of healthcare in Ecuador as impoverished areas begin to see an increase in healthcare opportunities. 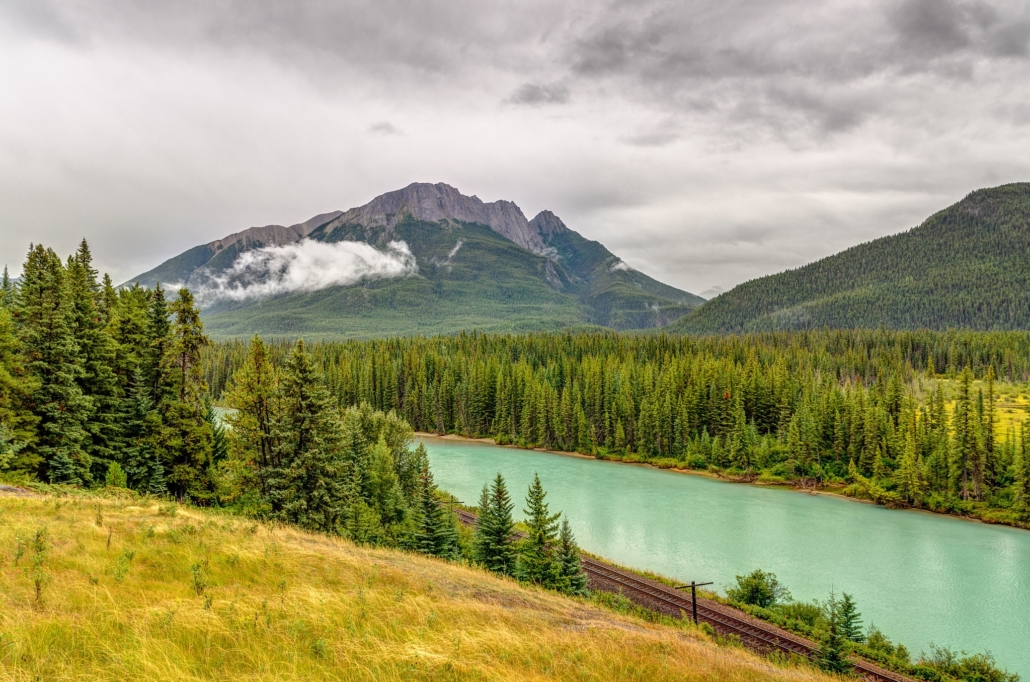 Canada is a picturesque country famous for its maple syrup and hockey. This United States neighbor is also the second-largest country in the world, home to over 37.5 million people and 80,000 different animal species. Although tourists visiting Canada do not typically think about issues such as healthcare when visiting the country, this topic is highly controversial and important for most Canadian citizens. Here are five facts about healthcare in Canada.

5 Facts About Healthcare in Canada

While the natural beauty of Canada might mask the true complexity of the country’s healthcare structure for many tourists, citizens see value in understanding and improving this system. Although citizens receive coverage for a majority of medical expenses, governments are ultimately responsible for continuing to foster efficient, affordable and extensive health programs to guarantee the well-being of all Canadians. 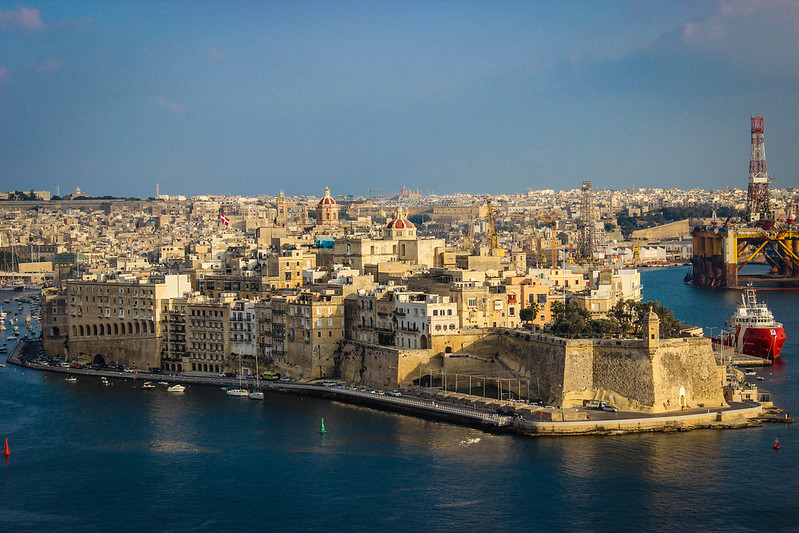 Malta is a picturesque country located in the Mediterranean, home to half a million people. While it is a tiny nation, healthcare in Malta is some of the best in the world. In fact, the World Health Organization (WHO) ranked Malta fifth out of more than 100 countries for its healthcare system. Other independent studies have found it to place even higher. Residents of Malta can choose between a public healthcare plan and purchasing a private one, and there are even options for tourists.

Citizens of Malta and other nations in the European Union have the option of receiving public healthcare or obtaining their own private insurance. The public healthcare plan is available to all citizens, legal residents who pay social security contributions and retirees. Taxes fund public health insurance, which covers any visits to public hospitals. It also covers a wide variety of conditions and issues, ranging from childbirth to rehabilitation. The plan includes special treatment as well, such as therapy and visits to special clinics. Due to the small size of Malta, it is fairly easy for residents to seek medical care no matter where they are. Public hospitals are easily accessible, with a total of eight spread across the country, as well as a network of smaller clinics and pharmacies.

Some people will opt for private health insurance, which gives them a greater pool of doctors and hospitals to choose from. As public insurance does not cover non-E.U. citizens, they must also purchase a private plan. Private insurance is becoming increasingly popular; people often think that it is faster and easier to receive treatment this way. Costs vary depending on what the plan covers and most companies offer a range of options to suit the needs of each individual or family. Healthcare costs are generally very reasonable. Many residents will choose private insurance over the public one: an indication of how affordable healthcare in Malta is.

Citizens can also choose to rely primarily on the public healthcare system and pay for visits to private hospitals or clinics as they go. Medical costs and medicines are extremely affordable when compared to countries like the United States, so this is not an uncommon practice. A visit to the doctor will only cost about $20, and a visit to the specialist may cost $65.

Tourists and people on short visits from the E.U. nation can consider applying for a European Health Insurance Card (EHIC), which will provide the same coverage as a local would receive from the public healthcare plan.

Residents of Malta have the freedom to either rely on the country’s public healthcare system or buy private insurance. The public insurance covers visits to any public hospital as well as a wide range of treatments and conditions. While it is a competent plan, some people choose to pay for a private plan. Private insurance provides a greater number of doctors and practitioners to choose from, allowing for visits to private hospitals and clinics. Private insurance providers typically offer several plans designated for the different needs of clients. Citizens are also free to rely mostly on public healthcare and pay for visits to private practices out of pocket.

People who lack access to healthcare are at a greater risk of falling into poverty, and poor health conditions keep people trapped in poverty. The cost of medical services can be a huge burden on individuals and their families. Women and children may have to leave school in order to help their families earn money, causing an education disparity which only leads to more severe impoverishment. A good healthcare system is paramount to reduce poverty in a nation. Malta’s public healthcare system offers its benefits and services to everyone, keeping Maltese citizens out of poverty.