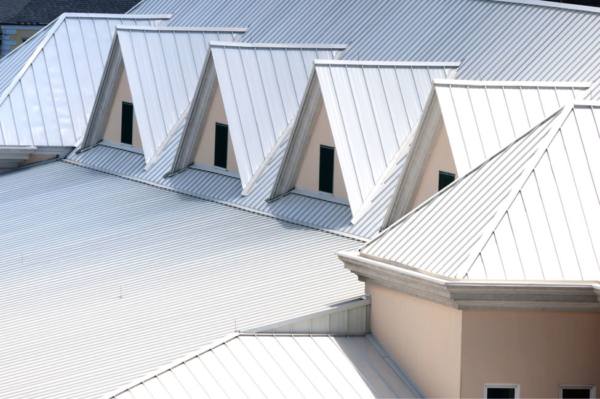 First researched in the 1980s, cool roofs only became a reality around 2001. This cooling technology naturally cools the house, while being cheaper and more energy-efficient than traditional roofs, prompting many parts of the world to consider shifting towards them. The world will benefit financially, environmentally and even comfort-wise from the addition of cool roofs.

Over 1 billion people in developing countries face significant risks from extreme heat, with no access to electricity for cooling. Another 2.3 billion can only afford inefficient, unhealthy air conditioning models that use HFC gases that are thousands of times more polluting than carbon dioxide. The energy demand from developing countries is predicted to climb more than 33-fold by 2100. Americans alone consume the same amount of electricity for air conditioning as the total electricity used for all the needs of 1.1 billion people in Africa. The introduction of cool roofs, though a seemingly insignificant change, would not only help people in developing nations but those in developed countries as well.

Cool roofs are created by using cool roof coatings, which are thick, white or reflective paint applied to the roof, it covers or shingles to protect the roof from UV light, chemical and water damage, maintaining and restoring the roof itself, making it last longer than traditional roofs. The paint reflects the sunlight, keeping the house cooler than can a traditional roof, which absorbs the sunlight instead. In so doing, cool roofs can reduce indoor temperatures by 3.6-5.4 degrees Fahrenheit (2-3 degrees Celsius) and can reduce the internal temperatures of individual rooms by 20 percent. As for urban heat island effects, they can reduce urban temperatures up to 7.2 degrees Fahrenheit (4 degrees Celsius).

In addition to reducing cooling costs and increasing roof life, cool roofs are environmentally friendlier than traditional roofs. They reduce air temperature, retard smog formation and decrease power plant emissions (carbon dioxide, sulfur dioxide, nitrous oxides, mercury) and reduce electricity demand in the summer. When the house itself is already cool during the summer, people do not need to use as much air conditioning, thus reducing the usual strain on the electricity grid.

The people who would likely benefit first from the addition of cool roofs are the estimated 630 million people that may already have access to electricity, but have poor quality housing and may not be able to afford a fan or the money to run it. Regions with the highest population of these people are China, India, Nigeria, Brazil, Pakistan, Bangladesh, Indonesia, the Philippines, Sudan and Iraq.

Regions That Are Shifting To Cool Roofs

Mexico is participating in the Global Superior Energy Performance Partnership (GSEP) and is working towards installing more cool roofs. Mexican authorities are not yet aware of the advantages of cool roofs, thus the goal is to communicate the impact on energy efficiency, economy, health and comfort that cool roofs will have on the population. This technology saves energy and saves money on air conditioning as well.

South Africa is also part of the GSEP and has begun a Cool Surfaces Project, a collaborative agreement between the American and South African Departments of Energy. People in South Africa need technology that will provide them with the benefits that cool roofs provide (fire retardancy, passive-energy usage, waterproofing, low cost, low maintenance, cooling), making it a perfect fit for them. This project will save them a lot of money and energy, as well as influencing nearby regions to follow suit. Kheis, a rural community of about 15,000 in South Africa, is one of the leaders in developing this cool roof approach to provide a respite from the heat.

Globally, when less money and energy is devoted towards air conditioning either in the first or the third world, more can be done to confront other problems. The installation of cool roofs creates jobs, reduces the strain on electricity grids, naturally cools buildings and even lowers the net temperature of local areas. 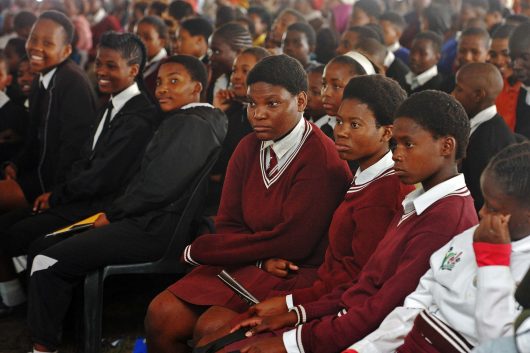 On June 12, 2017, SAP Ariba, a software and information technology company, and Samasource, a nonprofit organization working to fight poverty, announced their partnership. Both organizations hope to fight poverty through collaboration and an innovation known as impact sourcing.

Samasource, founded in 2008, works to fight poverty by using the model also referred to as socially responsible outsourcing. Impact sourcing primarily helps the disadvantaged rather than as a means of saving capital. The model provides impoverished individuals with access to work and training.

Samasource does this by partnering with other organizations interested in increasing the social impact of their companies. Using a business model called “microwork,” Samasource breaks down a company’s large scale data projects into smaller pieces. Then, they outsource the smaller projects to people in need of work in the United States and throughout the world. These new workers are trained in computer (and other necessary) skills.

Samasource helped lift more than 36,000 people out of poverty through this revolutionary model.

ImpactHub is an online platform that seeks to connect businesses with service providers that will match them with “high potential but disadvantaged women and youth.”

Currently, about 1.8 billion people around the world cannot find work and do not have access to higher education. Africa will soon hold one of the largest workforces on the planet, but will not have enough readily available jobs to supply their needs. Impact sourcing is a viable solution to this problem. Today, more than 500,000 people are working because of impact sourcing.

Impact sourcing is a growing business model. Similar to microfinancing, it continues to garner attention and support in the business community.