Archive for category: Hunger in Italy 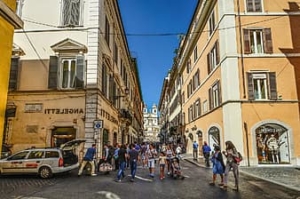 Around the world, people commonly associate Italy with their favorite foods: pasta, bread and warm, baked goods. They imagine music playing on the streets and visiting the beautiful and historic sites of Rome, Naples and Florence. In their mental scenes of Italy, everything is happy and life is good. However, just like every other country, hunger in Italy results in struggles to feed all of its citizens, and more than 1.5 million people each day go without enough to eat.

The United Nations defines food security as every person having physical, social and economic access to enough safe and nutritious food to meet and sustain dietary needs for a productive and healthy life. The term “hunger” is used to describe periods in which people experience severe food insecurity where they go days without eating. This is because of the lack of money, access or other resources. Here are four facts about hunger in Italy.

Four Facts About Hunger in Italy