Archive for category: Homelessness in Indonesia 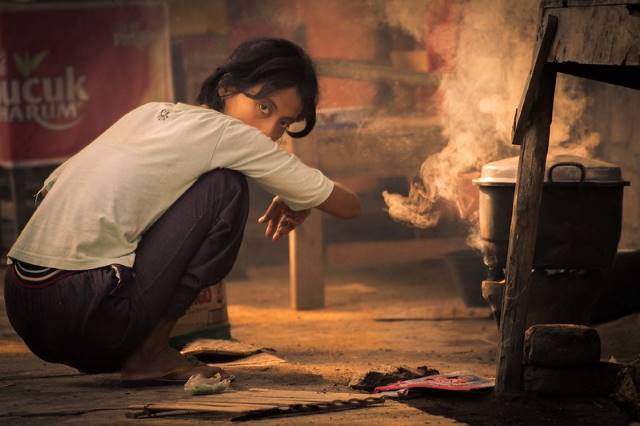 The streets are showered in debris, rescue dogs rummage through rubble and more than 400 homes are collapsed in piles where they previously stood. Such a sight followed the earthquake that hit Mamuju, the provincial capital of West Sulawesi in Indonesia, on January 15, 2021. With at least 82 dead and around 30,000 displaced, the aftershocks are devastating. However, for many Indonesians, stories like this one are painfully familiar as natural disasters are common and homelessness in Indonesia is rampant.

Sitting on the fault line of three tectonic plates, Indonesia experiences earthquakes of magnitude 5.0 or lower almost daily. Major natural disasters have hit Indonesia on average once a month since 2004. These events, including tsunamis, landslides and even volcanic eruptions, destroy homes and communities. Each crisis pushes the rate of homelessness in Indonesia higher. Of course, poverty and inequality also play important parts in explaining why almost three million (1.14%) Indonesians are homeless. Natural disasters pose a unique and pressing challenge to governments and organizations trying to fight homelessness, especially in natural disaster-prone areas.

From the Asian financial crisis in the late 1990s till the COVID-19 pandemic, Indonesia enjoyed commendable economic growth. It also joined the G20 and cemented its status as a low middle-income country. The poverty rate more than halved from 1999 standing at 9.78% in 2020. On many fronts, Indonesia shows potential for significant economic and social development in the first half of the 21st century.

That being said, the COVID-19 pandemic has undone some of Indonesia’s progress from the last two decades. From March to September of 2020, official statistics reported that an additional one million Indonesians had dropped below the national poverty line. At least 2.8 million Indonesians have lost their jobs due to the pandemic and another 70 million informal workers are at risk of unemployment in the near future.

Against this backdrop, homelessness in Indonesia remains a serious problem. In the first half of 2020, natural disasters displaced an estimated 508,000 Indonesians. Adding to the gravity of these high numbers, natural disasters are no temporary predicament. One year after earthquakes and a tsunami hit Indonesia’s Sulawesi Island on September 28, 2018, an estimated 57,000 people still remain homeless. Moreover, around 25 million Indonesians live in slums or other temporary housing. A recent survey found that even in Jakarta, Indonesia’s capital, thousands are at risk of becoming homeless because they are unable to pay rent.

Habitat for Humanity, the World Bank, USAID and the Asian Development Bank, among many others, fight homelessness in Indonesia through investment and development expertise. Habitat for Humanity has been working in Indonesia since 1997. In 2019, it helped more than 77,000 Indonesians through a combination of housing, market development and water and sanitation programs. In an effort to promote resilience and recovery in the face of natural disasters, Habitat for Humanity constructs concrete-reinforced houses, provides rubble removal and emergency hygiene kits and rebuilds houses that have collapsed from earthquakes or landslides.

In 2019, the World Bank committed almost $2 billion to projects in Indonesia. These address a broad range of development goals, including infrastructure, the maritime economy and sustainable and universal energy access. In 2017, the World Bank committed $450 million to Indonesia’s National Affordable Housing Program. This program aims to increase access to quality housing through a three-pronged approach of easier financing, household improvements and technical assistance for policy reform. By 2020, the program had already led to housing improvements for more than half a million households.

In 2018, the Indonesian government unveiled an ambitious plan for how the country should develop by 2045, the centennial of Indonesia’s independence. Although the plan spans everything from defense to innovation policy, the central pillars are peace and prosperity. One of the more specific goals is to reach an annual GDP per capita of more than $19,794. This would propel Indonesia into the realm of upper-middle-income countries and usher in lower rates of poverty and homelessness. Especially with the World Bank’s recent commitment of $250 million to support Indonesia’s COVID-19 Emergency Response Project, the current crisis is unlikely to derail Indonesia’s goals. If Indonesia realizes its growth potential and foreign aid continues bolstering its natural disaster and housing resilience, homelessness in Indonesia will decline, protecting millions of vulnerable people.