Archive for category: Homelessness in Guatemala 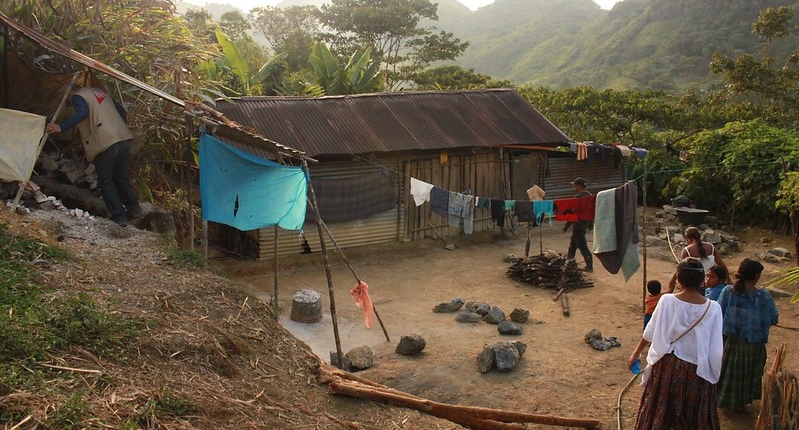 In Guatemala, more than 50% of the population lives below the poverty line. Families of four or more live in small one or two-room huts — if a shelter is available at all. On average, a child is abandoned every four days because families do not have the means to take care of another child. Homelessness in Guatemala often forces people to sleep under benches or in the dirt.

Among the homeless individuals in Guatemala, 7,000 of them are children and adolescents left to survive on their own. Many street children turn to drugs or alcohol as a coping mechanism, which adds to the cycle of homelessness in Guatemala. Violence directed towards street children is not uncommon. The Guatemalan police’s use of deadly violence toward these children remained unchecked until the early 2000s, but the threat of physical harm has not been yet been completely abolished.

Homelessness in Guatemala is a ripple effect that has cyclical consequences for the children of the impoverished. It is often necessary to work instead of going to school. The little income they make working often does not stretch far.

More than a quarter of the population of children in Guatemala are actively involved in child labor out of necessity. One in four children under the age of 15 is illiterate. Chronic malnutrition and hunger are a consistent part of life. Without access to proper education or nutrition, the children of the impoverished do not have the ability to move forward.

Traditionally, Guatemalan culture revolves around family. Tight-knit communities are hindered by a lack of funds, nutritional food and educational opportunities. Those with shelter often live in small huts with a tin roof and dirt floors. Children, parents and grandparents often live together without running water or electricity. Diseases plague newborns and small children due to an inability to keep housing sanitary, leading to high infant death rates. Medical care is frequently nonexistent.

Cooking is done over an open fire kept inside the home, leaving the women and children breathing in smoke for hours at a time with no ventilation. Some houses are made from straw or wood, both of which are extremely flammable and pose an additional risk to families inside while food is being prepared. As a result, respiratory illness affects a large portion of the poor population and the idling soot becomes toxic for the entire family. Without running water, there is no way to properly clean the soot and, without electricity, there is no other option for families to cook food.

Half of the homeless in Guatemala are indigenous women. Indigenous impoverished women not only suffer the fallout of poverty but face racism and gender-based violence.

Compared to the rest of the country, including non-indigenous Guatemalan women, indigenous women have a higher chance of having multiple unplanned children, living in poverty and being illiterate. The birth mortality rate for women of native heritage is double that of non-indigenous women, who also have a life expectancy of 13 more years compared to that of indigenous women. These women are malnourished and underpaid. The inequality trickles down to their children who face food insecurity, a lack of education and, if they are young girls, the same fear of violence and racism their mothers have endured.

Basic human necessities are not available for many in Guatemala and haven’t been for generations. However, The Guatemala Housing Alliance is focused on providing proper shelter to families and works in tandem with other groups aiming to help education, food insecurity and sexual education for the impoverished in Guatemala.

The Guatemala Housing Alliance built 47 homes with wood-conserving stoves that eliminate the danger of open-fire cooking. It installed flooring in 138 homes that previously had dirt floors. The foundation also offers to counsel young children and has hosted workshops for women to speak openly and learn about sanitation, nutrition and their legal rights.

Even amid the novel coronavirus pandemic, the Guatemala Housing Alliance is still hard at work. It provided 1,340 parcels of food, and each parcel supports a family of four for two weeks. With the organization’s many goals, individuals who are homeless in Guatemala are slowly but surely being given access to a plethora of resources that can help improve their quality of life. 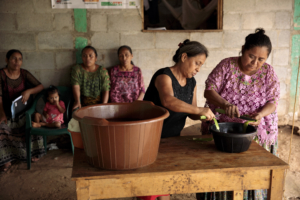 Guatemala is a country rich with ancestral heritage and Indigenous peoples, but the poverty crisis has debilitated many of the citizens. Housing in Guatemala is undergoing a crisis, which has widened the housing gap to well over 1.8 million homes. With 54% of people living under the poverty line, housing access is a rarity. This also affects other major areas like sanitization, food security, finding jobs and accessing education. The main priorities of humanitarian organizations in Guatemala are housing, education and health care.

Bill McGahan is an Atlanta resident and involved community serviceman. McGahan is also the leader of an annual mission trip that takes high school students to create housing in Guatemala. The long-term commitment to building housing has also highlighted other areas of need. On the trips, students work alongside From Houses to Homes. The student volunteers spend their time holistically addressing the needs of Guatemalans, including health and education.

Housing in Guatemala is the essential building block to finding permanence and stability. Many Guatemalans live in inadequate housing, are homeless or depend on makeshift shelters built from gathered materials. Housing lessens the risk of diseases from fecal contamination, improves sanitation, strengthens physical security and provides warmth in winter months. These benefits are imperative to stabilizing external conditions and lessening poverty’s effects.

The mission trips each year incorporate the students from the very start of housing to the finishing touches. Each year the participants first raise the funds for building materials. Then the volunteers construct a house in as little as five days. At the end of the building projects, keys are handed to each family, which reflects a new reality for them. In this way, these students “don’t just build houses, they provide a home.”

A home is so much more than four walls and a roof. It is the place to help grow and nurture individuals, including a safe space for learning. Children in Guatemala face constant challenges to their education. The average Guatemalan education lasts only 3.5 years, 1.8 years for girls. Nine out of 10 schools have no books. Accordingly, the literacy rate in rural Guatemala is around 25%. Education is an investment in breaking a pattern of poverty, which is an opportunity not afforded to many Guatemalan children.

Children pulled out of school work as child laborers in agriculture. This provides short-term benefits to families in terms of income but has a high cost in the future when finding work. Contributions to local schools have long-term paybacks for children and their families. Children can further their education, secure future employment and create stable homes for themselves and future generations.

Housing in Guatemala is relevant to health as well. The goal is to solve homelessness by providing homes, not hospital beds. Access to quality health care is imperative to providing housing stability. Guatemala needs to improve its health services in order to solve its housing issue, especially since they lack effective basic health care.

Clinical care for Guatemalans is often inaccessible, particularly in rural areas with limited technology. With approximately 0.93 physicians per 1,000 people, there are extreme limitations for medical professionals to see patients. Even in getting basic nutrition training or vaccinations, Guatemalans are severely lacking necessary access. Basic health care is a priority that will be a long-term struggle, but each advancement will create higher levels of care and access for the many Guatemalans in need.

Guatemala is readjusting its approach to finding better access to housing, health care and education, all of which are important for a home. Humanitarians, like Bill McGahan, are finding solutions and implementing institutions that will uplift Guatemalans. Increased housing in Guatemala has been encouraging stability, prosperity and new outlooks on life. The country is seeing great progress in eliminating poverty, one home at a time.