Archive for category: Homelessness in Grenada 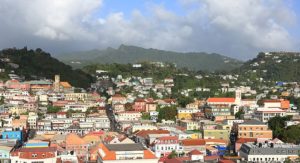 Grenada, known as the Spice Island, gained its independence from the United Kingdom in February 1974. Located in the Caribbean between the Atlantic Ocean and the Caribbean Sea, Grenada has been able to reach upper-middle-income class status. However, despite its efforts to advance as a country, Grenada stills suffers from poverty, which contributes to homelessness.

Reports have stated that Grenada has had over 60,000 homeless people since Hurricane Ivan hit in 2004. Countries like the U.S. have shown involvement and support for Grenada’s progression with its support for Grenadian security forces. However, despite Grenada’s vigorous efforts to advance its security along with its educational and economic systems, homelessness remains a continued problem and concern for Grenadians for the following reasons.

4 Causes of Homelessness in Grenada

Solutions for Homelessness in Grenada

In spite of the causes, in an effort to fight homelessness, The Trinity Foundation emerged in 2017 to assist families in need in Grenada. With this organization, founder Shernette Streete provides hot meals to homeless people around the community with the help of volunteers. The money the organization receives to provide the homeless people of Grenada with hot meals comes primarily from fundraisers and donations whether it be money or food. The goal of the organization is to eventually build stationary soup kitchens.

Along with The Trinity Foundation, aid from Food For The Poor has also contributed to helping those who are homeless. This organization helps provide housing and food for people who are in severe need of resources in the community. Food For The Poor has built over 85,400 homes for families in need of safe shelter.

Grenada is a county that is advancing politically, economically and socially to the best of its ability. There have been many contributions to Grenada throughout the years. However, citizens of Grenada continue to be victims of unaffordable housing, poverty, natural disasters and more, which all lead to homelessness in Grenada. Through The Trinity Foundation’s and Food For The Poor’s continued efforts, hopefully homelessness in Grenada will reduce.