Archive for category: HIV in Thailand 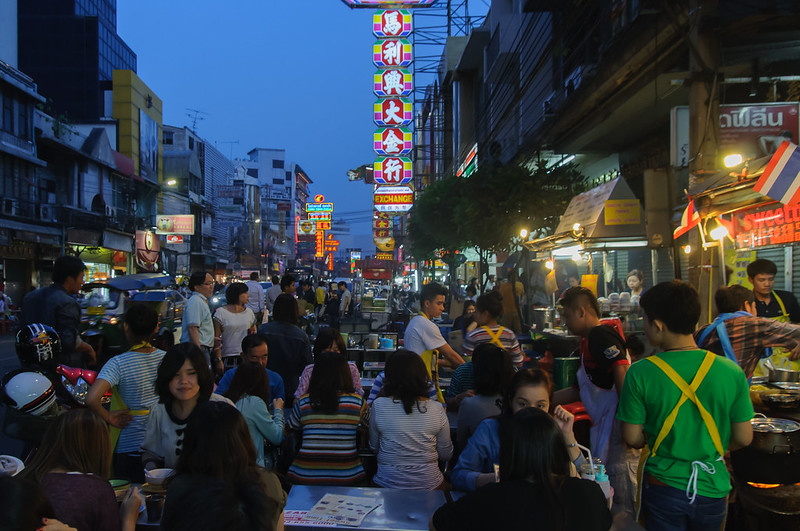 In the last decade, Thailand has made significant efforts to reduce HIV/AIDS transmission and deaths, resulting in a dramatic decrease in one of the world’s most stigmatized diseases and an effective model for other countries to follow.

HIV — first identified in 1981 — is a viral infection that attacks the human immune system and spreads through bodily fluids. If left untreated, it can cause AIDS, a condition with which most people only survive a few years. There is no cure for HIV/AIDS, but there are treatments such as antiretroviral therapy that can keep the infection from progressing to AIDS.

Like in other countries, the Thai populations most at risk for HIV/AIDS are those living in poverty or otherwise on the margins of society. These circumstances can reduce access to healthcare and testing, which is made worse by the heavy stigmatization of the disease.

However, the Thai government has made substantial progress against the virus after making it one of the country’s prioritized health initiatives. In 2006, Thailand incorporated HIV services into its universal healthcare system, and now testing and treatment are free for anyone who might need them.

Awareness campaigns have also had a large impact on the state of HIV/AIDS in Thailand. The government has partnered with civil society groups to increase public knowledge both about the disease and preventative measures. Another important aspect of these partnerships has been specific efforts to reduce the stigma associated with HIV/AIDS.

Since 2010, the rate of new infections in Thailand has dropped 65%, and AIDS-related deaths have fallen 44%. These improvements have directly resulted from the efforts to increase awareness and improve access to healthcare and testing. Of the Thai population living with HIV, 80% are on antiretroviral treatment, and 78% have suppressed viral loads preventing the infection from progressing to AIDS.

Thailand is also the first country that has nearly eliminated mother-to-child transmission of HIV/AIDS. Now, less than 2% of children test positive for HIV after being exposed. This has significantly reduced the number of children who are infected and need antiretroviral care.

With all of this progress, the government is in a strong position to continue reducing the prevalence of HIV/AIDS in Thailand. The country still has not met UNAIDS’ 90-90-90 targets where 90% of those HIV positive are aware of their status, 90% are on antiretroviral treatment and 90% have suppressed viral loads. However, Thailand’s efforts remain an important international model of effective policy against HIV/AIDS.

Through its focus on decreasing the number of new infections and improving access to antiretroviral treatment, the prevalence of HIV/AIDS in Thailand has decreased. Along with its prioritization of spreading information and awareness about the disease and its transmission, Thailand has created an effective method for tackling HIV/AIDS. 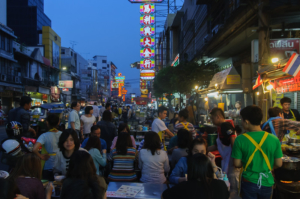 HIV is a leading cause of death for people under the age of 50 in Thailand. Of those with HIV in Asia and the Pacific, 9% live in Thailand. In 2019, about 470,000 people were living with HIV in Thailand. Sex workers, men who have sex with men, transgender individuals and people who inject drugs are most affected by the epidemic. Thailand has made progress in combating the disease, especially in regard to mother-to-child transmissions, which the country eliminated. However, HIV stigma is a factor both preventing people from seeking treatment and causing discrimination in healthcare. The stigma surrounding HIV can also lead to mental health issues such as depression.

The National Institute of Nursing Research conducted a study in Thailand in 2007 which revealed information about the impact of HIV-related stigma on mental health. The researchers interviewed people living with HIV in northern and northeastern Thailand to collect data. Data was collected by measuring stigma on a scale of “Internalized Shame” and “Perceived Stigma.” They concluded that there is an association between depression and internalized shame, as well as between depression and perceived stigma.

Additionally, the study’s conclusion included strategies to improve the mental health of people living with HIV through treatment programs. The researchers emphasized the importance of boosting self-esteem and creating a sense of belonging to a community. Doing this would combat the effects of isolation often felt as a result of stigma. Furthermore, addressing HIV stigma in Thailand in addition to providing social support could positively impact the overall health of people with HIV.

Responses to the Impact of HIV on Mental Health

TREAT Asia (Therapeutics Research, Education and AIDS Training in Asia) is an organization working toward increasing access to psychiatric care. It also works toward improving mental health services for those living with HIV in Thailand. The organization is conducting a study on depression and anxiety among Thai adolescents with HIV. By evaluating participants, the study team aims to improve the health of Thai adolescents living with HIV. It does this through developing a better understanding of how to address mental health in the treatment process.

Service Workers in Groups (SWING), a Thai organization, provides HIV services and supports sex workers. COVID-19 left about 145,000 sex workers in Thailand without an income source. As a result, they are in greater need of support to cover basic necessities such as food and housing. Barriers preventing access to HIV treatment have only strengthened due to the coronavirus crisis. Sex workers are at a disadvantage in terms of social protection. SWING has made efforts to confront the new challenges due to COVID-19. It continues to provide HIV healthcare, including mental health services, for sex workers amid the pandemic

By 2030, the Ministry of Public Health of Thailand plans to reduce HIV discrimination in healthcare settings by 90%. While Thailand has enacted policies and laws to protect people living with HIV, they continue to endure the negative effects of HIV stigma. This prevents them from receiving efficient treatment. Greater efforts and more research are necessary to break the cycle of mental health issues created by HIV stigma to improve the quality of life for those living with HIV in Thailand.