Archive for category: Healthcare in Serbia 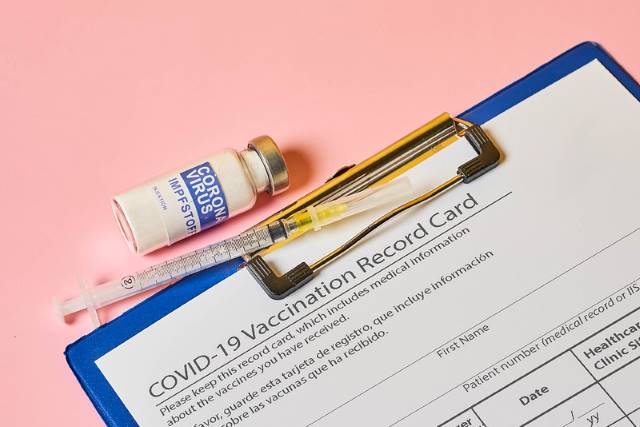 Serbia has become a coveted tourist destination and culturally diverse nation in southeast Europe. Healthcare in Serbia operated solely as a public, state-owned system for years. The Yugoslavian communist regime established many socialistic complexes before it dissolved in the 1990s. These complexes include social welfare, pensions for retired and disabled persons and unemployment forgiveness. While these systems have persevered into the modern-day, public healthcare in Serbia has changed dramatically for the worse since the division of Yugoslavia.

Serbia has maintained a public healthcare system in the last thirty years. It has increasingly suffered from widespread dysfunction caused by a bevy of underlying problems. The Serbian Healthcare System (SHCS) does not receive enough funding. In addition, it relies mostly on compulsory citizen contribution in providing insurance for all. Nearly 70% of citizens have to surrender a portion of their income to the Health Insurance Fund. Meanwhile, the other 30% have their insurance covered by additional contributions rooted in pension plans. The system guarantees health care absent of copays as well as professionally trained staff. However, the insurance fund remains relatively low in available financing for upgrading equipment and building enough medical facilities. Healthcare in Serbia ranked last in the 2012 European Health Consumer Index.

According to data from the year prior, public hospital institutions held 5.7 beds per 1,000 population, and under 350 medical facilities existed in the entire country. Poor funding has led to a shortage of tenable services, equipment and basic drugs available in the public sector over time.

Rising corruption has exacerbated Serbia’s public healthcare conundrum during this period as well. On a macro level, doctors give directives to patients that essentially force them to seek care in the private sector to optimize profits. Individuals that require complicated surgeries or procedures go to private clinics. However, some of them have to wait for what can be years. This is an existential threat to citizens who cannot afford expensive private care that will provide them with insulin or the removal of a tumor.

Solutions to the Issues

The widespread speculation of prominent health institutions deals with foreign pharmaceutical companies and drug producers. The speculations subvert regulation and raise the prices for patients. The corrupt practice of soliciting bribes has been a pragmatic solution for patients who want faster treatment. It has also been a solution for patients who want more advanced procedures than the public sector normally allows. Taking advantage of a system where around 75,000 patients are currently relegated to a waiting list, doctors profit off of their patients’ desperation.

More Responses to the Issues

There has been a response to the pervasive environment of corruption and non-disclosure. The nongovernmental organization Serbia on the Move (SoM) was formed. Bolstered by the backing of USAID, SoM initiated efforts to reduce corruption and equip citizens. It did this with the essential knowledge to avoid exploitative doctor-patient relationships between 2013 and 2016. One of their most powerful contributions to this cause was establishing an SMS service. The service facilitated the reporting of corruption in the healthcare sector. It has accounted for over 1,000 reports and 15 filed criminal charges. The organization has set up workshops for doctors across Serbia that offer accreditation. Over 450 doctors who passed robust courses that focused on integrity and work ethics received accreditation.

SoM’s awareness-raising initiatives mobilized over 5,000 citizens both on the ground and virtually to campaign for anti-corruption across the state. The advocacy endeavors culminated in the 2015 publication of the List of Licensed Medical Practitioners. This list is one of the largest advancements towards expanding medical transparency that healthcare in Serbia has undergone. The list provides crucial information about licensed doctors that were previously undisclosed to public record. In 2018, healthcare in Serbia ranked 18th on the European Health Consumer Index. This is a stark increase since the establishment of SoM. It was also labeled 2016 “climber of the year.”

Comparing the Public and Private Healthcare

These developments have led to a flourishing private system where many practitioners continue to flock in an attempt to escape the corruption and inadequacies of the public sector. The number of medical professionals in the private field has exceeded 10%. Many citizens are willing to pay for private healthcare in Serbia. This has led to the construction of state-of-the-art medical facilities. It has also attracted the markets of large corporations overseas eager to provide high amounts of quality equipment and pharmaceutical drugs.

The benefits of private healthcare far outweigh those offered by public healthcare for those who can afford it. Insurance typically costs a monthly premium ranging from €15 to €60. While it costs more, the quality and promptness of services are worth it. The private system receives funding from out-of-pocket payments for more advanced procedures, which is also an area that continues to expand.

Health tourism is extremely advantageous for Serbia’s private healthcare system. It attracts people from both neighboring countries and Western nations like the United States with excellent quality of care and relatively cheap rates. It’s so cheap in comparison that many Serbian diasporas living abroad in the United States elect to come back to Serbia for a broad scope of practices, from dental care to complex surgeries. The rate of collected premiums continues to outpace the GDP, which signals a thriving industry and one that will remain affordable for the foreseeable future.

Overall, the most affordable for-profit care is still bound to exclude poor people in Serbia. Also, the expansion of the private healthcare system is hardly a reprieve for those entrapped in a crumbling public system. The system still requires compulsory payment, even from those it has failed. While there are efforts to combat corruption in the system, they still have a relatively limited reach. The work has shown auspicious progress, but it is not done. The Serbian government has allowed both systems to remain afloat without fully committing to either one. Looking at how each has fared in recent years, a full reform of public healthcare or a systemic migration to the private sector may be in order.