Archive for category: Healthcare In Niger 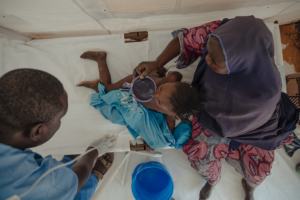 Niger, officially the Republic of Niger, is a country in Western Africa. It neighbors Algeria, Libya, Chad, Nigeria, Benin, Burkina Faso and Mali, and it spans just over 1.25 million square kilometers of land. Niger has faced several violent conflicts in the past. Some of the battles still pose a threat to the country and its 22.3 million inhabitants. Issues regarding inadequate healthcare are one of the several socio-economic problems Nigeriens live with on a day-to-day basis. Here is what you need to know about healthcare in Niger.

Out of 189 countries reviewed, Niger ranked the lowest on the United Nation’s 2019 Human Development Report. The major contributors to the ranking were the country’s life expectancy at birth and the average number of years of schooling. With a life expectancy of 62 years and only two years of education, Niger’s underdeveloped health and education facilities significantly strain them.

The majority of health problems stem from malnutrition and inadequate food supply. The Global Hunger Index score provides insights into the critical aspects of healthcare in Niger. The GHI comprises four categories to determine a country’s score: under-nourishment, child stunting, child wasting and child mortality. The higher the GHI score, the more hunger and health issues within the state.

Additionally, Niger’s GHI score in 2000 was at an alarming 52.1 and steadily decreased throughout the years. Five years later, in 2005, the score dropped to 42.2 and is currently at the country’s lowest score of 30.2. A significant decrease in the overall GHI score is because of the individual declines in each category.

Progress Throughout The Years

Furthermore, the healthcare facilities within Niger still lack investments. Through funding and continuing to struggle to provide Nigeriens with quality health, the country has come a long way. It has been almost 20 years since the start of the United Nations’ Millennium Development Goals. With that, Niger has significantly increased the average life expectancy, literacy rate and poverty reduction initiatives.

Overall, healthcare in Niger still lacks adequate funding and consists of several underdeveloped facilities. However, the country’s continuous work with international organizations such as the United Nations, the World Bank, UNICEF, USAID and more has led to a steady betterment and progress.