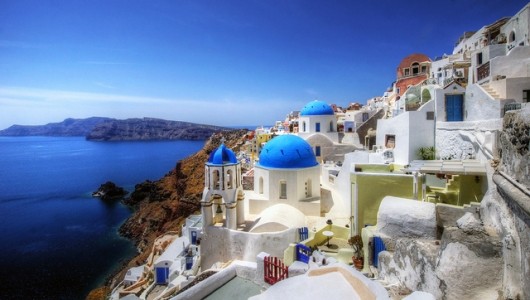 Because Greece is part of the European Union, its debt crisis may seem like it is only Europe’s problem.

That is not the case.

How the crisis in Greece pans out may in fact shape how the U.S. economy and geopolitics plays out in the next 10 or 20 years. If the United States does not step in to aid Greece, the United States will lose a large percentage of its trade profits from Europe. In addition, a lack of aid from Washington may assist the Sino-Russian alliance in influencing poorer European and Asian countries.

In 2004, U.S. trade exports to Greece reached $52.6 billion. With the economic decline in Greece, the country will be unable to continue to trade with the United States to the same degree. But this is not the only trade that the United States will lose as a result of the debt crisis in Greece.

The dollar is rising against the euro, which is partially a result of the crisis in Greece. While the word “rise” may imply that this is a positive sign, it is in actuality bad news for the U.S. economy. A dollar that is worth too much more against the euro will make U.S. goods more expensive for countries in the European Union. If the goods are too expensive, then many states will either purchase the goods in much lower quantities or will not be able to buy them at all.

Basically, if someone does not help Greece, the United States will lose a lot of money.

The other problem is Sino-Russian in nature. China has been spreading its sphere of influence. One of the ways in which China’s influence is growing is through the use of economic aid, and one of their most significant economic and political allies is Russia. Greece has been becoming increasingly friendly with Russia as a result of its economic difficulties.

According to an article by Yibada, “China has expressed interest in transforming Greece as a European base” for the “Belt and Road” initiative. This could lead China to aid the country.

China is offering Russia, Greece and other countries an alternative to Western aid institutions. As is well known, with money comes influence. If the United States wants to keep its influence over the world and continue to spread democracy, then it needs to continue to aid countries and perhaps even increase this aid.

Politically, China is undermining the sanctions against Russia and could continue to undermine U.S. foreign policy in the future.

If the United States does decide to be a major player in aiding Greece though, our economy will benefit majorly.

Stabilizing Greece will aid in stabilizing the euro, which in turn will at least assist the United States in maintaining its current trade with countries in the European Union. But, in addition, improvement in Greece’s economy will make it possible for Greece to become a more important trading partner for the United States. 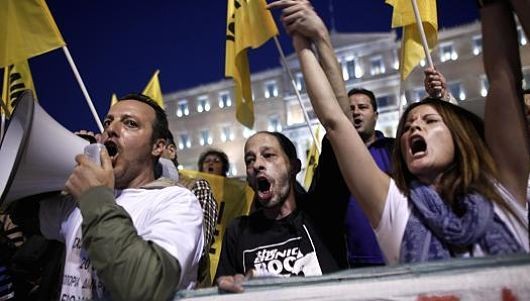 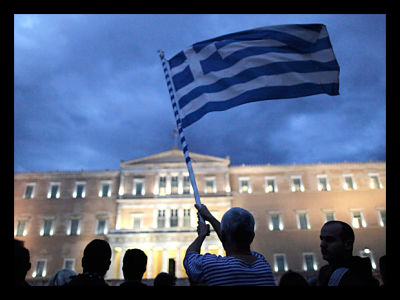 As negotiations continue between Greece and its creditors, the Eurozone has agreed to a four-month extension of the current bailout, which was due to expire by the end of February. This will give the two sides more time to negotiate without the imminent threat of a default.

In return, Greece has proposed a series of reforms. The reforms focus on cracking down on corruption and tax evasion, two serious problems that have plagued Greece since before the economic crash. Syriza has also agreed to reform some of its laws and economic regulations. They hope these reforms will increase tax revenue and prevent them from having to make any major spending cuts.

Both sides have had to make compromises. For its part, Syriza has agreed not to raise the minimum wage or rehire laid off civil servants as it had originally hoped. In return, the Eurozone has agreed to increases in social spending and other policies aimed at tackling poverty in Greece, which Prime Minister Tsipras has repeatedly called a “humanitarian crisis.”

The statistics echo that sentiment. Since the crisis began, Greece’s economy has shrunk by a quarter. Unemployment stands at 25 percent, while youth unemployment exceeds 50 percent. The government has decided to freeze wages to prevent more public sector wage cuts. It also plans to provide public housing and health care to the unemployed. Syriza also plans to review all privatization deals that have not yet been implemented.

All three major creditors, the IMF, the European Central Bank and Eurozone, leaders appear to support the reforms as a good start. While European parliaments still have to vote to approve the bailout extension, it is expected to pass.

The IMF has been more critical, saying that while it views the reforms as a good starting point for negotiations, they do not go far enough for it to approve more bailout money on its part. Both the Eurozone and the ECB would also like to see more reforms, and even before the bailout extension has been formally approved the two sides have already resumed arguing over future terms and conditions.

Syriza has continued to demand debt cancellation and renegotiation of payments, warning it is not sure it will be able to meet upcoming payments on some of its loans. There is also talk of a new bailout program after the extension expires as some economists warn Greece is still in need of financial assistance. While Greece and the Eurozone have just averted a major crisis, both sides are in for tough negotiations in the months to come.

Marietta Provopoulou came home to find living conditions on her own soil worse than those of the African village in which she worked. After a decade of working with Medecins San Frontieres, or Doctors Without Borders, she took her work home to Greece to head MSF in Athens-mainly on the issue of migrant detention.

Upon discovering the conditions of migrant detention camps in Greece, Provopoulous commented that she didn’t even think such conditions were possible on the European continent. Further, other MSF members denounced the Greek government for its treatment of migrants, calling it a violation of national, European and international standards, and harmful to people’s health and dignity.

Greece is often utilized as an entry hub for migrants around the world- from Asia, Africa and the Middle East. Due to pressure from the European Union to halt the influx of immigrants, the ultra-conservative Greek government instituted its migration policy, Operation Xenious Zeus.

The policy was launched two years ago- a harsh policy that systematically detains refugees in Greece. According to MSF, undocumented migrants are routinely detained when apprehended on territory without valid documentation. Migrants, whose forced return does not occur within the initial detention period, are at risk for repeated detentions. The estimated number of migrants and asylum seekers in Greece’s detainment camps has exceeded 6,000.

Detention is frequently being used worldwide as a means to manage and restrict migrants and pressure them to return to their home soil. However, in most cases, particularly in Greece, the physical and mental health of detained migrants is largely neglected, if not abused.

In the MSF’s Invisible Suffering, a report on the condition of detention camps in Greece, it is noted that detainment has caused suffering directly linked to various health problems that require medical attention. Among these include scabies, dental problems, respiratory ailment, even tuberculosis. Mental illness is also a grim consequence; there have been several cases of suicide and incidents of detainees sewing their mouths shut as a form of protest.

Above all, the living conditions are inhumane and unsanitary. One such camp located on the Turkish border was described as having human excrement seeping through cracked pipes between the building’s floors. Detainees are crammed in dilapidated, perilous quarters. Suffering from overcrowding, filth and neglect, these migrants feel less than human. One young boy was recorded saying, “I have come for peace. I am not a criminal. I thought it was better for me to jump off the roof than to stay here.”

Despite recent international criticism, the Greek government is steadfast in its rigid policies. They have thus far shown no intention of loosening their tight reigns. It may take an international effort to bring humanitarian justice to Greek migrants.