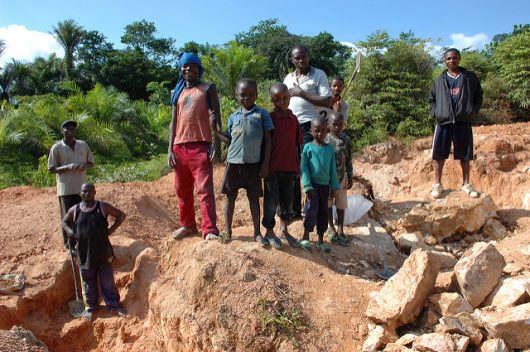 The Greater Kasai region is one of 26 provinces of the Democratic Republic of the Congo. Beginning in August 2016, it was the scene of a local conflict between the Congolese government and a traditional leader of the region, who was later killed while fighting with security forces. The local conflict, however, turned into a confrontation between militias and government security forces, which led to violence and instability among the entire Kasai region.

The violence within the region also had a major impact on the education of tens of thousands of children. UNICEF announced a total of 440,000 children in the five most affected provinces of the Kasai region, who were unable to finish the school year and complete their education because of insecurity. With more than 400 schools attacked, parents are resistant to keep sending their children to school, leading to more than 150,000 children missing out on education.

Conflicts have also affected health systems within the region, as one in three health centers got destroyed, increasing the risks of disease among children. The main goal was then to help hundreds of thousands of children return to school in the Greater Kasai region. UNICEF started a campaign and achieved this goal at the start of the 2017 school year.

In addition to encouraging parents to get their children back into the classroom, this campaign allowed for the distribution of school materials for children and training for a total of 2,750 teachers in peace-education and psychosocial support. This back-to-school campaign has also raised awareness among communities regarding the risks within the classroom that are related to mines and war remnants.

UNICEF has also responded to the Greater Kasai region with other major projects geared toward health, nutrition, protection and education. Previously detained in the Kasai region, 384 children were released through the help of UNICEF, as well.

As hundreds of thousands of children return to school in the Greater Kasai region, hope for a better future returns in terms of education, safety and healthcare. As violence decreases and peace makes a fragile return, the Kasai region is on a better path for success.