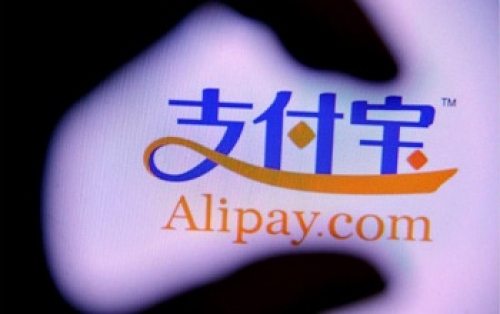 While the internet has brought dramatic change to the ways people live their daily lives, it has also opened many doors for businesses to fulfill their corporate social responsibility. Alipay’s in-app game program “Ant Farm” is an excellent example of successful gamification of philanthropy by businesses.

Alipay, China’s largest third-party online payment platform, has reshaped the landscape of payment services in China for the last decade. At present, Alipay has a user base of 520 million people, handles more than 170 million transactions per day and accounts for more than two-thirds of mobile payments in China.

Credit card use only has about 400 million patrons. Alipay rules China’s mobile payment market with absolute authority. A Forbes article claims that “cash really is becoming a thing of the past” because a “smartphone (with Alipay) will do nicely”.

Such immense popularity of the platform opened the door to the utilization of its unprecedented user-engagement for social good. Ant Farm came into being, representing the balance between marketing strategy and fulfillment of social responsibility.

Ant Farm is a pre-installed online game program inside the Alipay mobile phone application, in which users keep a virtual chicken as a pet. Through daily payments via Alipay users can feed their chicken and collect hearts to be donated to charity projects.

The parent company of Alipay and Ant Farm, Ant Financial, is working closely with governmental offices like Jiangsu Sihong Poverty Alleviation Office and more than 1,200 charity organizations. According its 2016 Corporate Social Responsibility Report, Ant Financial’s philanthropy platform has raised more than $140 million for the services provided to its partner nonprofits.

On top of the basic construct, developers have added many interactive mechanisms to boost Ant Farm’s participation. For example, playing with the pet chicken can also generate hearts and users can interact with their friends’ farms. Eventually, more and more users are engaged, funding more and more philanthropic projects.

Ant Farm is a successful model of the gamification of philanthropy, attracting hundreds of thousands of people to take part in charity projects, which is much more efficient and larger in scale than traditional models of philanthropic fundraising like donation boxes. In addition, by implementing the basic elements of an online game, Ant Farm has more charm than other heavy-hearted fundraising strategies.

Other companies have also engaged in social projects through gamification of philanthropy. Tencent, one of China’s internet and technology giants, has also cooperated with nonprofits working to provide education for left-behind children in impoverished regions by creating donation venues in its online games. In certain Tencent games, users can donate their equipment in exchange for reward or recognition.

Tencent Foundation chairman Guo Kaitian believes that with the help of online platforms like Ant Farm, “charity is now everywhere around us, and it is now the life attitude with innovation and participation”. 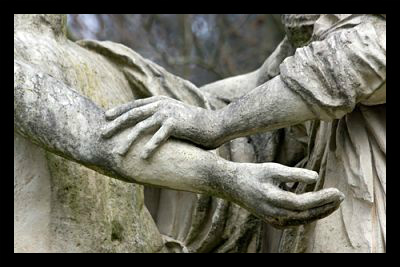 “Empathy” has become something of a political buzzword in recent years. President Barack Obama has referred to America’s “empathy defecit” as being a bigger problem than its financial one. More recently, Bill and Melinda Gates told class of 2014 Stanford graduates that “feeling the other” should be a top priority.

Fortunately, a recent study, published in the journal Current Biology, suggests that while an empathy gap between strangers is a natural phenomenon, creating it is shockingly easy. The study had participants plunge their arms in ice-cold water—either alone or with a stranger—and rate their pain. The researchers found that the presence of a stranger made no difference in how participants rated their pain. However, when participants put their arms into the ice-cold water with a friend, they rated their pain as being much worse. Dr. Jeffrey Mogil, who led the study, concluded that higher pain ratings were the result of empathy.

“It would seem like more pain in the presence of a friend would be bad news, but it’s in fact a sign that there is strong empathy between individuals; they are indeed feeling each other’s pain,” explained Dr. Mogil.

While the stress of being in close proximity to a stranger precluded the inflated pain ratings that occurred amongst friends in the first experiment, a separate experiment, in which participants were given a drug that blocks the hormonal stress response, showed that when so-called “stranger danger” was relieved, empathy between friends and strangers was the same.

Dr. Mogil believes that the study hones in on the secret of what it is that mires the development of empathy between strangers.

“The secret is—quite simply—stress, and in particular the social stress of being in close proximity with a stranger,” said Dr. Mogil.

The identification of stress, more specifically, fear of strangers, as an impediment to empathy raises questions about contemporary attitudes towards those living in poverty, particularly immigrants. Despite the demonstrable economic benefits of migration, strong and outspoken pockets of xenophobic resistance to immigration remain active across the world. In many cases, resistance to immigration is driven by fear and distrust.

While defrosting the layers of unfamiliarity and skepticism between human beings might seem like a tall task, Dr. Mogil’s research team identified a surprisingly simple solution: participants played video games. Researchers observed as strangers played the video game Rock Band with each other for 15 minutes, and found that the shared experience was enough to reduce the empathy-impeding stress response.

“It turns out that even a shared experience that is as superficial as playing a video game together can move people from the ‘stranger zone’ to the ‘friend zone’ and generate meaningful levels of empathy,” Dr. Mogil said.

Dr. Mogil said that the research demonstrates the potential of instituting basic strategies to reduce social stress in order to illicit greater empathy.

While using 15 minutes of Rock Band is certainly not a blanket solution to the world’s myriad of ills, capitalizing on the interconnectedness of the modern world to create shared experiences across cultures and nationalities could play an important role in bridging the empathy gap. 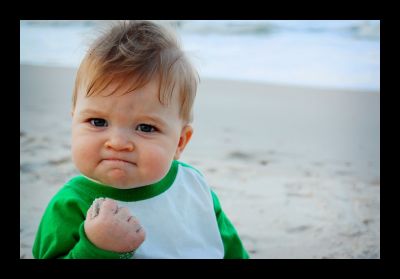 If you are a gamer, then you know exactly what it feels like the moment you beat your highest score after what can be hours of not blinking or eating—excitement, pride and pure joy.

It’s an amazing feeling, really. Whether it’s seeing your name at the top of the scoreboard or earning more points for free upgrades and new features, gaming is a world of its own. But what if you expanded that world by sharing your skills with people who actually can not afford to eat or blink away a virtual reality? What if there was a way to give without losing?

Here are the top five games for charity that let gamers do just that: lend gaming skills to people in need by winning more points and lowering poverty.

Free Rice is a nonprofit website run by the United Nations World Food Programme that not only provides education to everyone for free, but also helps end world hunger by giving rice to hungry people. This is a fun way for anyone with a computer to invest in something greater than the education absorbed from the game. Not only do players learn new vocabulary, but for each correct answer, Free Rice donates 10 grains of rice through the World Food Programme to help end world hunger.

Quingo combines trivia and bingo in a game that gives players the power to use points to donate to one of six charities, five of which are based in Seattle. In the game founded by Seattle-based development, Game It Forward, players around the world can choose from the following charities to which to donate: Fred Hutchinson Cancer Research Center, Kiva, PAWS, Seattle Children’s, Splash or The Martinez Foundation. The revenue generated from ads and in-game purchases is split between Game It Forward and its charity partners. This game is accessible through iTunes.

Charitii is a free word game that donates unlimited, clean drinking water to communities living in poverty. For every correct word selected by the player, five ounces of water will be donated to a charity. Charitii is able to use all the money it raises to fund water and sanitation projects in 11 of the poorest communities in Africa and Asia. These projects range from hand-dug wells, boreholes, spring protections, rehabilitations and more.

Spin for Good turns gamers into gamblers in the best way possible. With real money at stake, players compete in online tournaments on behalf of their selected charity, turning a small donation into a larger charitable gift. There’s no real loss at hand as 100 percent of the winnings go toward the charity of choice; charities include WonderWork, PEER International and the Music Resource Center. Here’s a chance for gamers to win big to give big!

Good Games allows visitors to earn a penny for every three times a game is played. These games range from arcades, cards, word searches, puzzles, strategy and much more. Every video or display ad the player sees will also generate funds for donations.