Archive for category: Food Waste Around the World 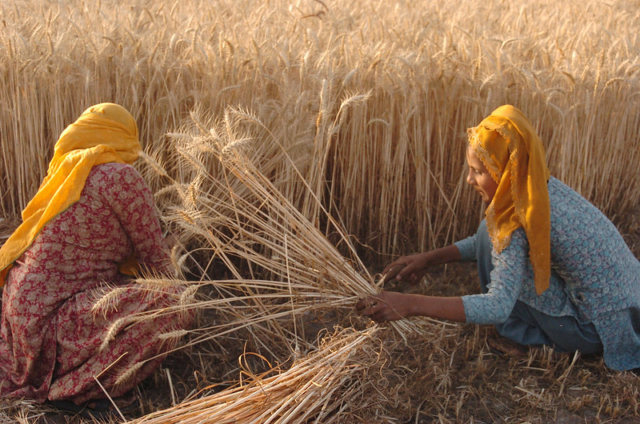 One’s local grocery store may be packed with fresh fruits, vegetables and other necessary foods, however, it is highly likely that these goods represent only a fraction of a farmer’s planted crop. In the U.S. alone, around 20 billion pounds of food crops are discarded or unused annually. This is a considerably high number given the country’s large population. In lower-income countries, the average percentage of wasted food crops is between 40% and 50% of the total crop planted. In this way, finding tools and technology to help maximize crop yields in both developing and developed countries will contribute to decreasing poverty-related global hunger by providing methods that decrease the time and cost of cultivating crops.

Precision farming is the newest agricultural method maximizing crop yields. It minimizes the time, cost and labor involved in cultivation. Precision farming uses technology to closely observe and care for crops. It cuts down on the time-consuming practice and does not require a large labor force.

The Scientific American article states, “precision farming, by contrast, combines sensors, robots, GPS, mapping tools and data-analytics software to customize the care that plants receive without increasing labor. Farmers receive the feedback in real-time and then deliver water, pesticide or fertilizer in calibrated doses to only the areas that need it. The technology can also help farmers decide when to plant and harvest crops.” Using precision farming techniques allows farmers to be more attentive to their respective crops. In addition, farmers save more energy, time and resources while increasing the proportion of the harvested crops.

Irrigation is also a vital element of cultivating crops. Automatic monitoring and control systems that water crops base their specific watering needs on climate conditions. Precision farming optimizes the condition of crops’ care. Moreover, these automatic irrigation systems ensure that crops get the right amount of water they need to thrive in their climate. This minimizes water waste that oftentimes accompanies manual water systems on farms. Additionally, farmers can divert their attention to other crop-yielding tasks rather than closely monitoring crops.

Fungicides are the New Pesticides

Crop loss is largely attributed to pests and other vermin that attack food crops. Pesticides are often used to maximize food crops and protect yields. However, pesticides can oftentimes be expensive and are inaccessible for farmers in rural regions of developing countries. Furthermore, pesticides can be harmful to crops such as fruits and vegetables, decreasing the portion of crops harvested. On the other hand, fungicides are less expensive and less harmful alternatives to pesticides. 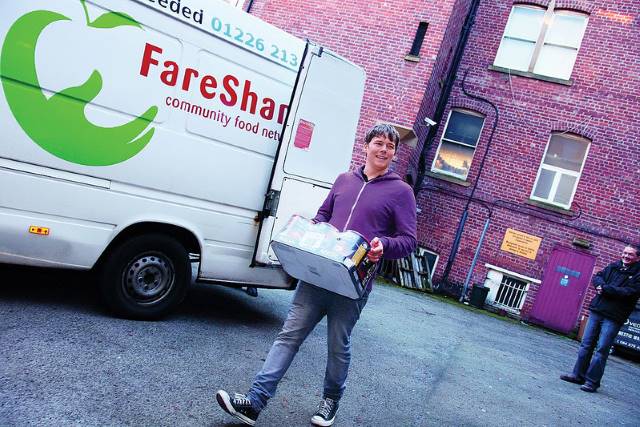 The British Government has led successful campaigns to get citizens to rethink the food they throw away. The British charity, Waste and Resources Action Programme (WRAP), works with larger businesses and local communities to use resources efficiently and sustainably. Charities like FareShare are combating food waste by redistributing food to hungry people in the U.K. For about 25 years, the organization has been keeping communities fed by providing millions of meals to those in need.

The Facts on Food Waste

Since World War I, the U.K. has struggled with food waste. The country implemented rationing methods in both World Wars to combat excess waste in times of crisis. These methods have undergone adaptation to address modern food waste issues.

Several campaigns target the impact of domestic food waste in the U.K. There has been a great success, with household waste falling 6% in a three-year span. Still, an estimated 4.5 million tons of food goes to waste. Meal planning and using food within the home reduce domestic food waste. Small and simple actions on the individual level lead to large change across the nation.

The exact amounts of waste in the food industry are not clear, however, estimates are concerning. Food services waste roughly one million tons, “equivalent to throwing away one in six meals served.” Surplus food is responsible for much of this waste. Food producers produce food in quantities too large to match consumption. Additionally, while some of the food remains edible, it may be undesirable due to its appearance. In 2018, 20-40% of supermarket produce underwent disposal for failing to meet cosmetic standards.

Food waste comes with a price tag for individual households and the food services sector. Industries lose £2 billion due to excess food. Meanwhile households, manufacturing, retail and food services waste an estimated £19 billion worth of food annually. Solving the matter of food waste is not only of humanitarian interest but of economic value too.

The Role of WRAP

WRAP came about in 2000. It has successfully brokered agreements with several industries to reduce waste, including food retail. With the United Kingdom’s population expected to grow in coming years, there will be an increased need for food, resulting in possible excess waste. WRAP’s 2025 Food Vision tackles seven aspects of food waste:

Each focus point works in tandem. Improving efforts in one sector will benefit the others. Therefore, food waste reduction initiatives must address each aspect to ensure optimal success.

WRAP works with businesses and provides a roadmap and toolkit to guide parties interested in reducing food waste. The organization encourages businesses to set a target goal for reduction, to measure appropriately and to effectively act. The initiative aims to ensure the U.K. meets its Sustainable Development Goals (SDGs).

The longest-running food redistribution charity in the United Kingdom, FareShare, has been giving back to communities since 1994 by ensuring that no food goes to waste. The organization solves two problems with one solution: reduce waste and solve hunger by putting surplus food to good use. Powered by volunteers and fueled by charities, FareShare has provided millions of meals to vulnerable populations.

The process is simple: retailers supply FareShare with their surplus food and FareShare redistributes the goods to local charities. FareShare supports almost a million people every week. The U.K. economy also benefits by saving £51 million each year.

FareShare does not tackle its grand mission alone. The Borgen Project spoke with James Persad of FareShare who says, “There are still tons of food going to waste, enough for millions of meals. Our mission is not possible without our partners.” Businesses both big and small have committed to the cause. Nestlé is one of FareShare’s longest ongoing partnerships. From 2005 to 2016, they redistributed “roughly six million meals worth of food” to those in need.

Efforts have led to creative innovations. One such success is FareShare Go, a service that allows local supermarkets to donate surplus food to charities through text messages. The initiative received recognition from the World Food Innovation Awards in 2018.

Food redistribution efforts are successfully combating food waste. Hunger and food waste are two dire problems society faces, but thankfully, solutions have emerged that address both. These food rescue solutions combat hunger by ensuring that no food goes to waste. 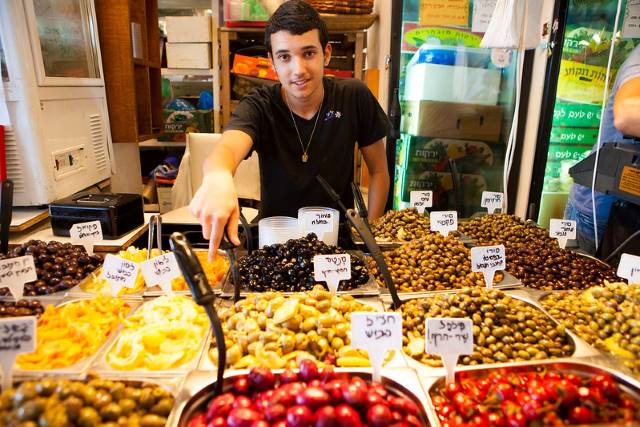 It is an indisputable fact that everyone needs food for survival. Even further, everyone needs enough nutritious food to truly thrive. That being true, the reality is that not everyone gets enough high-quality, nutritious food yet significant amounts of food are thrown away daily. This dilemma is present globally and Israel is no exception. Food waste and food insecurity in Israel is a growing problem, but one organization, Leket Israel, is working to address both.

Food waste is an excess of food that usually gets thrown into landfills instead of being consumed. The amount of food wasted in Israel is striking, but possibly more striking is the economic impacts it has on individual and infrastructural levels.

The Environmental Protection Ministry in Israel cited that Israeli families throw away about $1,000 worth of food per year. This equates to $352 million in waste treatment and a month and a half of average household food expenses.

Food waste is present not only on the household level but also prominently in the restaurant and agricultural sectors. Remedying food waste would likely lift a considerable economic weight from the shoulders of many Israeli individuals and communities.

The Latet organization’s yearly Alternative Poverty Report revealed that the 20.1% of Israeli households in poverty grew to 29.3% in 2020 due to COVID-19.

There is a great need to address the dilemma of food waste and food insecurity in Israel.

Leket Israel is an organization that recognizes the importance of addressing the increased need for more accessible food sources and reducing food waste. Joseph Gitler started an organization in 2003 that would become Leket Israel, a food bank and the largest food rescue chain in the country.

Specifically, Leket takes nutritional food excesses and distributes them to thousands of Israelis who need them. The food provided mostly consists of agricultural surpluses and gathered cooked meals that would become food waste, with special focus on the quality and nutritional value of the food distributed to beneficiaries across Israel.

Within food insecure populations that do not have access to reliable nutritious food, there can also be a lack of knowledge about balanced nutrition. For this reason, Leket Israel implements multiple nutrition workshops to make its impact and fight to promote food security more lasting. Nutritional workshops involve lessons on how to select and prepare diverse, healthy meals on a restricted budget. They are given in Hebrew, Amharic, Arabic and Russian to increase accessibility.

There is a greater demand for the work that Leket Israel is doing because of the COVID-19 pandemic and the increase in food insecurity across Israel. The organization’s affirmative response to this demand is undeniable. Take, for example, the experience of Natalie Digora. During the pandemic, Leket Israel is helping people like Natalie Digora in Ramat Gan, Israel, who turned to the organization after being sent home from her occupation as an opera singer in March 2020. They have continued serving her.

Digora’s story is one of thousands. To date, Leket Israel has served more than 2,300,000 cooked meals to more than 200,000 individuals. As it continues this, turning one person’s trash into another’s treasure, Leket gives hope to people struggling with food insecurity in Israel.