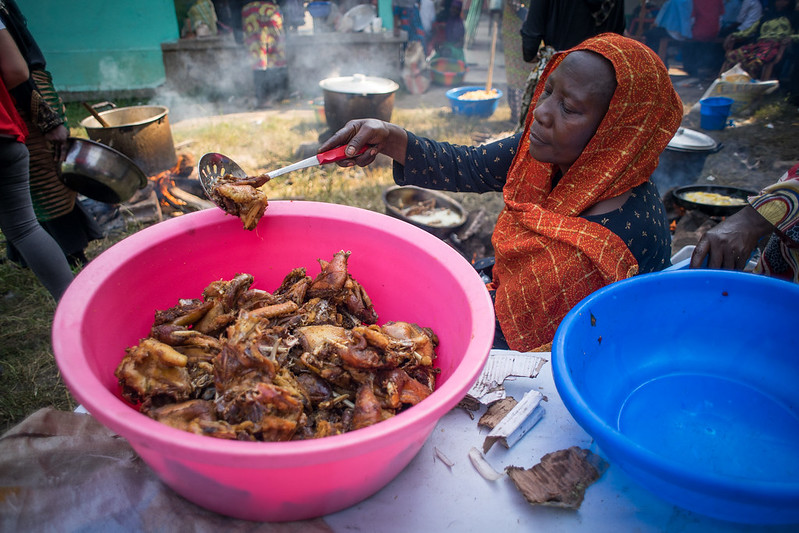 The COVID-19 pandemic, climate catastrophes and Russia’s war in Ukraine are placing significant strain on food security in sub-Saharan Africa. To combat this, the U.S. announced in August 2022 its intention to provide food security assistance in sub-Saharan Africa. The goal of this widescale scheme of action is to reduce hunger and the increasing rates of malnutrition to tackle food insecurity in the region.

U.S. officials state that the crisis in Ukraine most harshly affects sub-Saharan Africa. With food prices rising at unprecedented levels, households in the region face severe impacts given that “food consumes 40% of household budgets,” an August 2022 VOA News article said.

COVID-19 partially contributed to the food insecurity of more than 190 million people globally, but the Russian war in Ukraine has only inflated this figure, with estimates heading toward 230 million people. Africa faces grave impacts due to the conflict in Ukraine as Ukraine is a key “global grain and vegetable oil producer” while both Russia and Ukraine supply more than 40% of wheat in Africa.

Several key U.S. officials visited the region in August 2022 to get a more vivid picture of the state of food security and deduce the required food security assistance in sub-Saharan Africa. One particular official is Linda Thomas-Greenfield, U.S. envoy to the U.N. and a member of President Biden’s Cabinet, who took a trip to Uganda, Ghana and Cape Verde in August 2022 to look into food insecurity.

A Brief History of US Aid in the region

This large-scale scheme to provide food security assistance in sub-Saharan Africa in many ways adds to a series of historic U.S. aid in the region. These forms of aid vary from targeting health to trade and investment. However, specific to food security, President Obama’s Feed the Future program launched in 2010 to foster “self-sufficiency in agricultural production” across the globe, including Africa.

This included providing humanitarian aid in Ethiopia where the U.S. now maintains a notable presence of humanitarian provision for the citizens there. To further this program that President Obama started, the U.S. “is expanding sustainable African food production” via the Feed the Future program to eight more African nations.

The Current US Plans Under Biden

At the G7 summit in June 2022, President Biden and other G7 leaders announced their plan to invest more than $4.5 billion to tackle global food insecurity, and $2.76 billion, half of this sum, will come from the U.S. government. Of this amount, USAID plans to use $2 billion to provide “emergency food security assistance over the next three months,” of which almost $1 billion will go directly to Africa.

While $760 million will supply “near-term food assistance” to prevent an exacerbation of impoverishment and food insecurity in vulnerable nations facing the impacts of the high costs of “food, fertilizer and fuel” that the crisis in Ukraine brought on.

Within this $760 million budget, $336.5 million will go toward a bilateral program for several countries in sub-Saharan Africa. A major goal of the U.S. in this initiative is to support countries in the region to boost their resilience to shocks like food price volatility and supply chain issues.

Additionally, through the Bill Emerson Humanitarian Trust, the U.S. will provide $670 million worth of food aid to address unprecedented levels of hunger across the globe.

All in all, the primary goal is to strengthen production and foster resilience within agriculture and food systems on a more global scale.

However, to address this dependency, the U.S. strongly advised Ghana and other African countries to invest in domestic agriculture to foster self-sufficiency, reduce global shocks and potentially look toward the possibility of “feeding global markets.” In support, the U.S. has provided $2.5 million for Ghana to fuel more efficient production and to import fertilizer for domestic farmers.

The Theme of Cooperation

An important aspect of this newly introduced scheme is the theme of cooperation. The U.S. hopes to support Africa transform its food systems following its own plans for food security. As such, this is a partnership, and not a U.S. attempt to impose its own vision for Africa.

In a recent speech in August 2022, U.S. Secretary of State Anthony Blinken stated that Biden’s sub-Saharan Africa strategy “focuses on what we will do with African nations and peoples, not for them.” Blinken also described Africa as the future — by 2050 every one in four individuals in the world will be of African descent.

The U.S.’s plan to provide food security assistance in sub-Saharan Africa seeks to respond to factors such as Russia’s war in Ukraine, climate issues and COVID-19. While the U.S. will provide humanitarian assistance, the U.S. also hopes to collaborate with Africans in the region to provide more long-term, sustainable solutions to food insecurity.